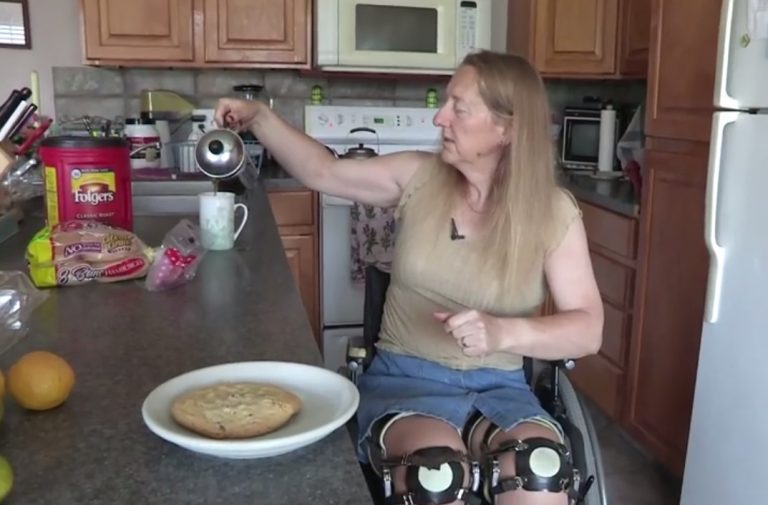 Chloe Jennings-White of Utah says that she’s known from a very young age that she is supposed to be disabled, even though she has always been perfectly healthy.

“I think it was about 4 years old that I first consciously knew that my legs are not supposed to work. I’m not supposed to be able to walk,” Jennings-White told ABC 4 in Utah.

Jennings-White is 58-years-old and has degrees from both Cambridge and Stanford Universities. She’s an accomplished research scientist and is happily married. So why the desire to be permanently disabled?

Jennings-White suffers from a rare psychological disorder called body integrity identity disorder, or BIID. People with BIID feel that their physical characteristics do not match the idea of how they are supposed to look. The condition is not dissimilar from gender identity disorder, which occurs when people feel that their physical sex does not correspond with the gender they identify with. In the case of BIID, most patients desire to have a specific body part amputated so that their bodies can match how they feel on the inside.

While no one knows the exact cause of BIID, some speculate that the disorder has its roots in sexuality. Perhaps the idea of being an amputee sexually arouses individuals with the disorder. Others believe that early childhood is to blame for the condition. Maybe a child saw an amputee getting a lot of attention and thought that being disabled would get them more love from the people around them.

Jennings-White’s therapist, Dr. Mark Malan, says the latter may be true in her case. The scientist had an aunt when she was younger who wore a leg brace. She was extremely close to that aunt and, maybe, began to idealize her condition. But no matter the cause, Malan maintains, Jennings-White suffers from a serious mental health condition that should not be taken lightly.

Jennings-White says she looks forward to the day when her perfectly healthy legs are permanently paralyzed. She has found a doctor overseas who could paralyze her left leg, but does not have the money for the procedure.

“When I’m in the wheelchair I’m not even thinking about the wheelchair. It’s just normal for me, but anytime I’m walking it’s always in my mind, sometimes dominating my mind, that this is not the way it’s supposed to be,”

After her diagnosis of BIID in 2008, her doctor recommended that she use a wheelchair to address her psychological needs. She now lives as a paraplegic at home, with her wife, Danielle, agreeing to do the majority of the housework for her.

She currently seeks a $24,000 surgery that would sever her sciatic and femoral nerves and would render her legs completely useless. She is now involved in BIID support group transabled.org.

Woman Used Chemicals to Blind Herself Because She ‘Identified’ as Blind

Meet the Transgender Woman Who Now Identifies as a Transracial Filipina