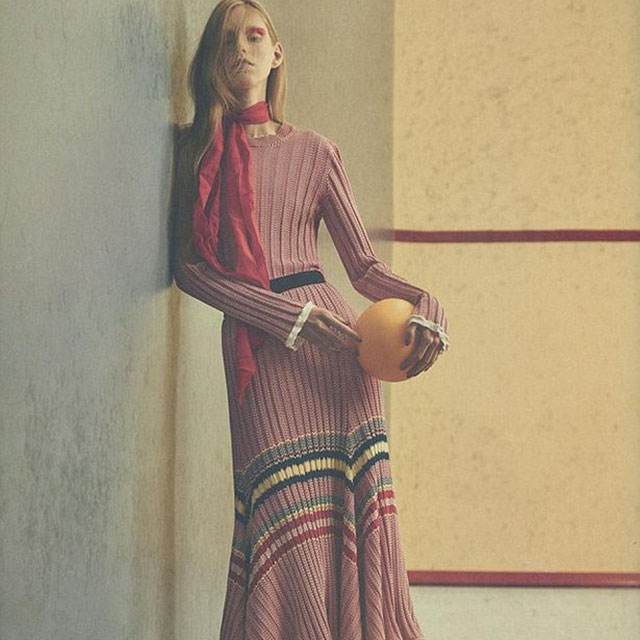 I remember the simultaneous high and pain of being hungry and light-headed. One can of diet Pepsi, one loaf of bread on my better days.  Peruse obsessively through foodie magazines, as if looking was eating—without the calories.  Whenever my mother left the house to go shop or run an errand, I ran to my closet, dug out my backpack, filled it with gallons of spring water, and—when the pack was full—grasped the handle of a gallon in each hand and ran or lifted.  I biked. I took 2 hour aerobic classes and returned home for 2 more hours of surreptitious stair-climbing as my parents watched television downstairs.  I got up in the middle of the night to pace the bedroom or stand on tiptoe. I sat on the edge of the seat—determined not to relax and let my fat recline and absorb into my body.  Before I knew it, the only thing I was doing in my life was starving and exercising.

But what I remember most is the “voice” in my head.   I found out later many eating disorder patients experience a halving of their mental state, a “voice” disassociated from the rest of them: an eating disorder “voice”—the friend, the aggressor, the doer, the one trying to help you be continually better—who later turns against you.  The “voice” began nicely enough—with whispers of running just one more mile or shaving down just a few hundred more calories.  My starvation fed the “voice”: As I listened, it grew bigger and meaner.  [Caroline Zelonka is absolutely right about the ‘constant pounding.’  In my case, the pounding came from this inside ] And there came a point when this whole thinness quest was no longer a “high” point or a gateway to control; it was simply controlling me. There came a point when I cringed against that “voice” because I was tired now.  But I never thought once about resisting, the same way you wouldn’t resist to the demands of someone with a gun to your temple.  I might have felt caged but it was better than saying no, letting go, and falling over a precipice to the unknown and to fat-dom.  I could not imagine anything but death if I stopped listening.  Death was being fat, obscure, and silenced again.  Death was guilt so big I would end up killing myself.  So, there was no other way, really.

I was seventy pounds at five feet three inches the first time I was hospitalized, and under sixty pounds the second time I was hospitalized.  People cringe and shudder when they hear the numbers.  The truth is, if you asked me how sickly and thin I must have looked back then, I couldn’t tell you.  Before I stepped into the shower, I would turn and peer back at two darkened grooves on the center of each buttock.  In hindsight those grooves were probably the bruising of poorly cushioned bones, although a friend recently told me with utmost authority that we do not have butt bones.  But that’s all I remember of how skinny I was.  I looked in the reflection obsessively, but, in my eating-disorder mind, I always saw a normal-sized girl. And, obviously, normal was not okay.  Normal was mediocre; normal was just as bad as fat.  Normal was not the best.  Why bother being anything but the best especially if I was used to being the “best”?  All-or-nothing.  And, so, I actually wanted to look like a poster-child from the starving Middle East or Africa’s.  I fantasized about dropping down to thirty pounds.  But, if thirty pounds was possible, why not fifteen?  I think my final weight-goal was to weigh fifteen pounds.

Like many of the other respondents here, I could go on and on.  The condition ‘eating disorder’ understates so many things about the disorder.  It takes over and takes away everything.  So, I’ll leave it at snapshots:

Hospitalization– being watched in our big ‘glass bowl’ sitting room, monitored via camera feeds in our room– was heaven in a way I couldn’t outwardly admit.  Physical prisons are the Maldives resort escape to your inner prisons.  Your inside warden is still there but, at least, it’s not just you and that warden. It’s you, the warden, and the buffer– the army of nurses and hospital monitors and other watchful eyes that somewhat ‘absolve’ you of your guilt in not feeding the voice.  I remember fearing the day I’d be released.  I never wanted that day to come.

You can complain and wheedle about having to put that pat of butter on your toast, or downing that can of Ensure, but there’s a guilty thrill juxtaposed with horror knowing that you don’t have a choice.

My lips would turn blue with cold by mid morning on a summer’s day because of malnutrition.

My parents told me later they would creep into my room, lift up the covers to check if I was still breathing.  (Various doctors had told them to prepare for the worse– projecting I wouldn’t survive past a year.)

The voice of an eating disordered mind is like that of an abusive boyfriend. You are that cowering shell of a person you once used to be– who believes he is everything to you and that he loves you and you need him in spite of everything he’s done, and you wouldn’t know how to go on or be ‘yourself’ without him.  Recovery from the eating disorder and recovery of your real self is painful, and it takes a long time to feel like you aren’t abjuring some pure, higher-order ideal, that you aren’t being traitorous; you aren’t selling out. You’ll feel all of those things for such a long while and you’ll feel like you are losing your identity. You’ll even feel empty.  You’ll feel like it the whole world had it wrong and should have just let you be.  You’ll feel like gold turning to rusted copper.

An eating disorder is a full-on assault on all battle-fields– the cognitive, the neural, the physical, the emotional, the social.  It is so all-encompassing, nasty, and seductive.  It’s not a neat war-front of parties on opposing sides like it is with you against cancer.  When you are losing you feel like you are winning, and when you are winning you feel like you are losing