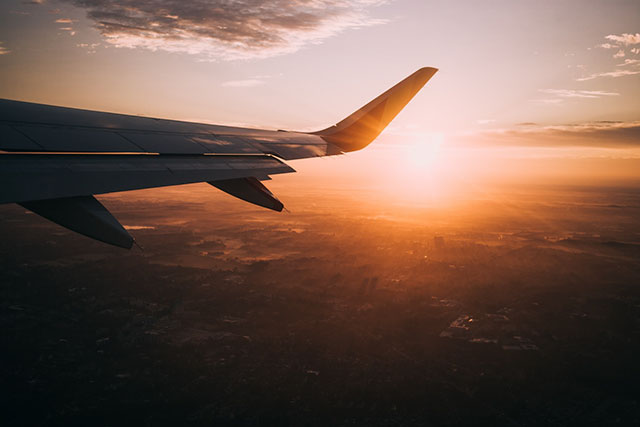 The plane crashed and exploded in flames in Siberian woodlands near the village of Burdakovka, about 21 miles from Irkutsk. The aircraft crashed during the third turn in a landing approach to Irkutsk, an intermediate stop for refueling. The first officer was flying the plane, when at 2,600 ft., an audible alarm sounded indicating a wide angle of attack. Eleven seconds later the aircraft swung around 180 degrees and entered a flat spin. The captain ordered the engines at full throttle but it was too late and 22 seconds later the plane hit the ground, belly first, broke up and burned. Incorrect actions of the crew. Due to poor communication between pilots, they put in the wrong parameters while landing causing the plane to descend at the wrong angle. As a result, the plane stalled and entered a spin and crashed. All 145 aboard killed.

The Airbus went missing over the Atlantic Ocean on a flight from Rio de Janeiro, Brazil to Paris, France.
The last radio contact with the flight was at 01:33 UTC. The aircraft left CINDACTA III radar coverage at
01:48 UTC, flying normally at FL350. The aircraft reportedly went through a thunderstorm with strong
turbulence at 02:00 UTC. At 02:14 UTC an automated message was received indicating a failure of the
electrical system. The plane carried 12 crew members and 216 passengers. The wreckage was finally
discovered on April 3, 2011 using unmanned submarines. Flight447 passed into clouds associated with
a large system of thunderstorms, its speed sensors became iced over, and the autopilot disengaged.
In the ensuing confusion, the pilots lost control of the airplane because they reacted incorrectly to the
loss of instrumentation and then seemed unable to comprehend the nature of the problems they had
caused.

Shortly after taking off from Atlanta on a flight to Gulfport, the aircraft experienced propeller
separation in the left engine while climbing through FL 180. The aircraft crashed into trees
and burned while trying to make an emergency landing at Atlanta. The in-flight fatigue
fracture and separation of a propeller blade resulting in distortion of the left engine nacelle,
causing excessive drag, loss of wing lift, and reduced directional control of the airplane. The
fracture was caused by a fatigue crack from multiple corrosion pits that were not discovered
by Hamilton Standard because of inadequate and ineffective corporate inspection and repair
techniques, training, documentation and communication. Eight of 29 aboard killed.

Midair collision. The PSA was descending and about to land at Lindbergh Field. The Cessna
was climbing while engaged in practice approaches. The 727 overtook and struck the Cessna
from the rear. The primary cause was the PSA crew lost sight of the Cessna and did not make
that fact known to the ATC. The ATC failed to realize from the PSA transmissions that they lost sight of the Cessna. One hundred thirty-five killed on the PSA, two on the Cessna and seven on the ground.

The No. 2 engine failed, causing an engine fire, cabin decompression, damage to the No. 1
engine,loss of elevator control and damage to the electrical system. A fire in the cargo hold
was not detected because of damage to the fire warning system. While attempting to return
to Warsaw and attempting a turn to land, the aircraft crashed into a forest, 9 miles short of
the runway. The cause of the engine failure was an overheated bearing. All 183 aboard were
killed.

Crew: We are turning to the left.

Tower: Start final approach about 11 kilometers from the runway.

Crew: We will do all we can.

Tower: You’ve come to the right hand side of the runway centreline, continue left, course 300.

Tower: Wind is 290 degrees, 22 kilometers per hour. You are cleared for runway three-three.

The transmitter was turned on four times. Fragments of unintelligible utterances.

The aircraft hit a tree and crashed during a third landing attempt in fog. The crew descended below the published minimum altitude. Despite concerns about possible landing equipment failures the crew were determined to make a landing and not divert to another airport as they were running out of fuel. They could not get an ILS signal and ignored a Ground Proximity Warning System alarm 60 seconds prior to the crash by turning it off 10 seconds after it started its warning.  One-hundred-seventy-six out of 187 aboard killed.

The aircraft was hijacked after taking off from Newark International Airport. The hijackers
took control of the aircraft and turned the plane towards Washington D.C. A struggle ensued
between the passengers and hijackers after which the plane crashed at a high rate of speed
into a field in the Pennsylvania countryside. It was one of four planes that were hijacked the
same day. All 65 on board were killed.

Text in parentheses was translated from Arabic.