Two lions spotted in a gay sexual encounter must have seen a homosexual couple “behaving badly” in their park and should be separated and given counselling, an official in Kenya said.

The animals were photographed after one mounted the other in a secluded bush area of the Masai Mara game reserve in the south-west of the African country.

Ezekial Mutua, the chief executive of the Kenya Film Classification Board, said the pair must have been influenced after they viewed a human same sex couple

He said that if that wasn’t the case, the only other explanation is “the devil”.

Mutua wasn’t finished there either. He went on to say that the lions would need counselling to “cure them” of their homosexuality.

The official made the comments on social media and he has received backlash over his “idiotic” views.

He said: “These animals need counselling, because probably they have been influenced by gays who have gone to the national parks and behaved badly.

“I don’t know, they must have copied it somewhere or it is demonic. Because these animals do not watch movies.”

“Some research needs to be done. And also I wish I [could confirm] the two lions were actually male, because it is not normal.

“I mean where on earth have you ever heard something like this happening. The demonic spirits inflicting in humans seems to have now caught up with the animals.

“That is why I will say isolate the crazy gay animals, study their behaviour because it is not normal.”

Mutua is the head of the Kenyan Film Classification Board and recently banned a Disney show because it featured a gay character.

He told Nairobi News: “Any attempt to introduce gay programming in Kenya will be met with the full force of the law.” 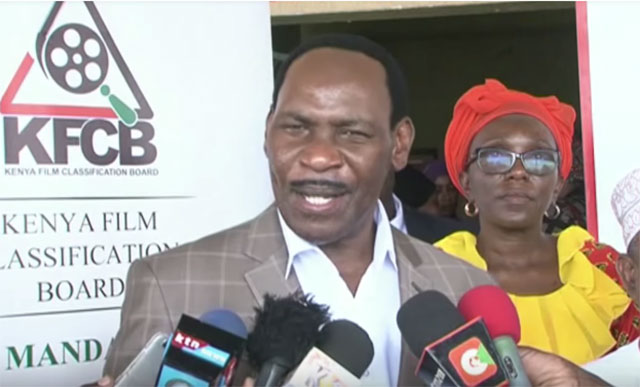