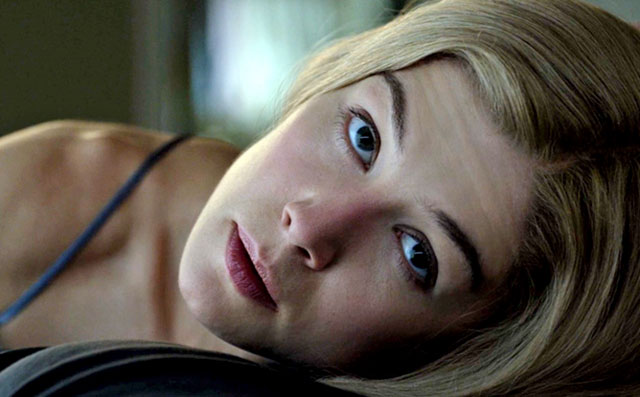 How would a psychopath feel psychologically if they were violently raped?

Psychopaths don’t feel empathy, fear, or remorse like normal people. They aren’t capable of experiencing emotional pain. So how would they feel if something that is normally traumatic for most people happened to them?

Any pain that I have endured loses it effectiveness over time, as does medication & other drugs. There are some sources of pain that I find enjoyable, like splinters or hot baths.

Whether I can mark this down to pain tolerance, or simple adaptation, I am not sure. One thing is certain, anything that arouses pleasure or pain loses it effectiveness & quickly at that.

I was raped a few years ago, vaginally and anally in a violent fashion repeatedly over the course of 5 days. During that time I felt little to nothing at the end of the ordeal in regards to my skin sensitivity. Mentally, I was not in distress. Vengeance was the only thing that served my mind, and served me quite well in terms of justice. He now lives & begs on the streets, and I have immense pleasure seeing him doing so, I think it is rather fitting given his actions.

Usually we will manipulate the situation in a way where we gain the trust of the torturer, or eventually debilitate them psychologically. More often than not, we do not find ourselves in such situations. When we do, there are consequences for our aggressors. Emotionally there is nothing evident, and boredom was something that occupied most of my time locked in that basement. Counting bricks and cracks in the concrete can only occupy one for so long.

How come when children/teens kill animals it’s a red flag for them being a sociopath/serial killer but when adults pay to kill wild animals for trophy’s nothing is thought of it?

First of all, children killing animals isn’t necessarily a red flag by itself. It’s not uncommon for a kid to stomp on a squirrel or something like that and then feel awful about it after. A lot of that is power tripping and a lot of that is curiosity, neither of which are by themselves indicative of psychopathy, because a young child doesnt know better. It becomes a red flag when the child is doing it out if cruelty/sadism – doing it just to cause pain. Or, if they’re old enough to where they fully understand why they’re doing it and why they shouldn’t be doing it. In that case, they’re probably doing it out of cruelty, which is a problem.

Second of all, a lot of it comes down to motivation. When a hunter tracks and kills a deer, you might call him an asshole, but he did it for the difficulty of it and the challenge, not because he really wanted to shoot a deer. If you just grab a deer and tie it up in front of a regular hunter they wouldn’t gleefully jump at the opportunity to kill it, because that’s not the point of hunting. If you kill animals just because you like killing them, then yeah, that’s messed up. I think most people would agree to that. But there’s always gonna be pride in accomplishing something difficult. That’s why an animal carcass is referred to as a “prize” – it’s something you earned. As for why it wouldn’t apply to humans, the simple answer is that we just don’t care as much about animals as we do humans. We take far less issue with killing them, and happily eat them every day. It’s kinda like asking, if we like eating meat so much, who’s to say we don’t one day try to snack on some human flesh? It’s just not how our brains are wired. Some people have messed up wiring, and that’s why a child (or adult) killing an animal out of pure cruelty is a red flag. It’s indicative of that damaged wiring.

What is it about Toyota that makes them so reliable?

Another thing about Toyota R&D, they have regional design houses, with the aim to “localized” parts design as much as possible, even the smallest design (engineering) details.

For example, the inside ribs of a Hilux’s wheels in Brazil is about 5mm thicker than the ones in Thailand, so they can withstand 12G, instead 10G, because they did a survey of Brazil potholes, found out they are 20% bigger compared to a Thailand pothole.

Vietnam tires have tickers sidewalls, because people on Hanoi like to climb over curbs. South Africa’s absorbers are 2mm thicker, because people less likely to brake when they see a rock. Air intakes for tropical countries are placed 15mm higher, because there have more floods. Tiny changes which are easily managed at parts manufacturing level, but have significant impact in reducing failure rate.

For comparison, a German 3-series’s Transmission Oil cooler may be good enough for German weather, but they are same size for a UAE 3-series, which will kill the transmission.

And that’s why North American Toyota’s a rarely exported, or Euro/Asia model imported, not only because of regulations and tax, but NA’s usage condition is so much different from other countries, the cars wont be as reliable as intended.

Another thing, not all country has the same situation regarding car service. And Toyota is very knowledgeable about this.

Missed the Civic Type-R turbo oil change schedule because that single Honda dealer in your island is full? You just slash 2 years out of the turbo’s life..

But do you know a Toyota Etios in India have water proof Volume knobs, because they did a 6 month in survey 10 different states and concluded most dealers use soap to clean the interior, seriously.

And don’t let me start on materials, so many version, variation, caveats for standards, sometimes it feels like they are exporting to a different planet.

So, this is why most Toyota ends up with a 4 AT, 50hp/liter engine, with boring hard plastic interior, numb steering, and goofy tiny wheels with huge wheel arc gaps.

Toyota don’t mess around when it comes to suppliers, it’s borderline Stockholm Syndrome.

I’ve seen Toyota engineers who after a meeting in 10am, book a 4pm flight from Japan to the Philippines, buying some clothes on the way to the airport, just so the next morning they could go to this one supplier 50km from Manila, to confirm one particular welding machine of one particular brackets, because one of Toyota’s material lab found out 2 out of 100 sample of theses brackets developing micro cracks, which have 10% chances of breaking apart. So let’s set a camp in front of this welder, until we know why some of it cracked.

See, there are definitely engineers in Toyota Philippines who are capable of doing the same welding study, but this guy from Japan is the one who signed off this supplier, 5 years ago, so no way he going to trust some guy over a phone 3,000 miles away. He “owns” this bracket.

So Toyota have this concept called “Genchi Genbutsu”, which means something like “actual place, actual thing”. So the engineers no matter how many reports, data, pictures, nothing beat actually going to see the thing itself, studying it, discussing about it, in front of the actual problem. And I would have to admit, it just feels more right doing studies on on-site instead in a meeting rooms with printouts and PowerPoints, even if now that you have facetime/skype.

And for that Philippines supplier, well they’re going to be whole lot busier in the next year or so. 2~3 times more audit, more report, more samples. I’ve seen supplier’s engineers quit because of things like this, because the workload increase is just too much.

On the other hand, these suppliers would wear “We supply to Toyota” badge proudly, and it will definitely give them more business. There are even some car makers who would skip some evaluation processes on these Toyota supplier, thinking if it’s good enough for Toyota, it’s good enough for everyone else.