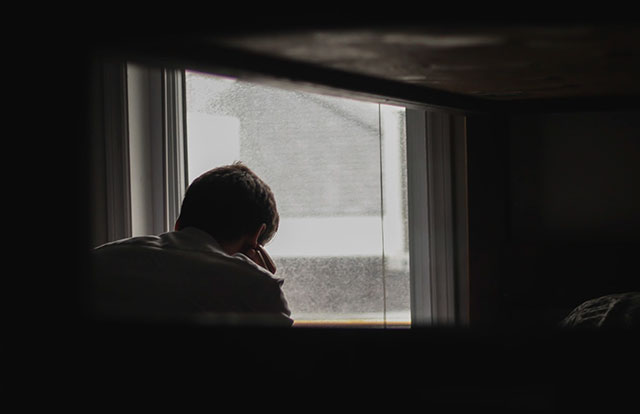 An unnamed couple, who lied about abusing their son to cover up their crimes when the child went to the police, have been sentenced to prison after the Reading Crown Court heard how they started sexually assaulting the boy, who is now in his 30s, from the age of 11. At the time of his arrest, the boy’s father told the authorities that he wanted to keep his son “on the straight and narrow.”

“To try and steer him in the right direction and not to go to the way of being gay, because there was like, sort of, tendencies for him to be gay.”

Prosecutor Ruby Silva told the jury that the couple used to force their son to watch the two of them having sex and even performed sexual acts on him to prevent him from turning gay.

Daniel Dowling, now 36, is telling his story publicly, which started when he was 11. He was playing a board game with his father and his stepmother, Annette Breakspear, and the father suggested that the loser of the game would take off their clothes.

When Breakspear was naked, Richard told his son to touch her body.

“I think that night was a tester of how I’d react because intercourse started after that,” Daniel said.

Later, Richard told Daniel to give his stepmother a “goodnight kiss.” He found her in her room naked and handcuffed to the bed.

“I gave her a kiss and went to leave but she asked me to touch her and to untie one of her hands,” Daniel said. “We had intercourse and Dad came and joined in.”

Richard Dowling and Breakspear eventually broke up and the father and son moved to a different city. Daniel, who was 16, was targeted by a child molester.

When the child molester got arrested, police searched his home and found naked pictures of Daniel. They talked to Daniel, and he told them about the abuse he suffered from his father and Breakspear.

They also talked to Richard, who said Daniel was an “attention seeking” liar. No charges were filed.

But in 2015, Daniel recorded a phone conversation with his father where he admitted to the abuse. The police then reopened the investigation.

Timothy Shorter, the defense lawyer of the now 60-year-old father, said: “Witness testimonies have demonstrated how the father had put himself out for the community. The father has had this hanging over his head a long time.” He pleaded with the judge to give the elderly man a suspended sentence; meanwhile, Shaun Smith, the defense lawyer of victim’s stepmother, said: “There are some people who hold her with a degree of regard and consider her somewhat well.”

The judge, however, said that the heinous crimes were carried out on the “particularly vulnerable” child. She said: “You have both argued that this whole trial process has weighed heavily on the both of you. This will provide you with absolutely no mitigation. This was your own warped sense of right and wrong. One of the most sickening aspects is how you pointed a finger at wholly innocent people, such as the boy’s birth mother.” She also added that the child “was desperate for affection and you wholly exploited that.”

After the verdicts were read out in the court, the victim said:  “A lot of people will ask ‘why now?’ But it took me that long to convince myself I had the courage to go through it all again. If my story can reach just one other person, I will be perfectly happy with that.”