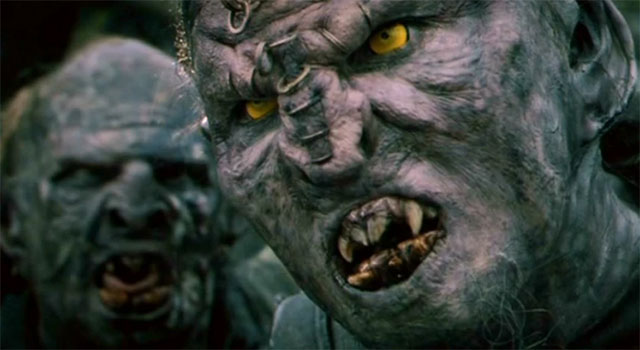 J.R.R. Tolkien’s famous and influential series, The Lord of the Rings, has been accused of purporting racism and discrimination due to its depiction of orcs.

Appearing on the Geek’s Guide to the Galaxy podcast, hosted by Wired magazine, science-fiction author Andy Duncan states his views on The Lord the Rings concerning racism during a conversation about his work Senator Bilbo:

But it’s hard not to miss that repeated notion in Tolkien that some races are just worse than others. That some peoples are just worse than others. And this seems to me, in the long-term, if you embrace this too much, it has dire consequences for yourself and for society. So, Senator Bilbo is a parody in which you have a racist demagogue stomping around the world of the halfings in a sort of desperate holding pattern to keep at bay all the change that is coming about as they resolve the Lord of the Ring.

Think about it this way. I’m not questioning that in this parodic middle-earth-like setting that I am imagining, I am not questioning that there was a Sauron, anymore that I am not denying all that bloodshed and all that wickedness that needed to be beaten back any more than I would be, in our world a holocaust denier. On the other hand, I can easily imagine that many of those people that were doing the Dark Lord’s bidding were doing so out of simple self-preservation and so-forth. That a lot of those creatures that were sort of raised out of the Earth by Sauron, had not a great deal of choice in the matter of what to do. So, I had this very complicated sense of the politics of all that.”

According to the Daily Mail, “Duncan has previously written a parody set in Tolkien’s Middle-earth universe called Senator Bilbo about a right-wing Hobbit politician opposing the immigration of orcs into The Shire.”

“It is easier to demonize one’s opponents than to try to understand them and to understand the complex forces that are leading to, for example, refugees trying to cross the southern border legally or illegally,” he proclaimed. “It’s easier to build walls and demonize them as ‘scum’.”