Since suicide is an unforgivable sin for christians many people, especialy women in 18th century resorted to suicide by proxy. They would usualy murder a child, a crime punishable by death and ask for forgiveness right before the execution (article) 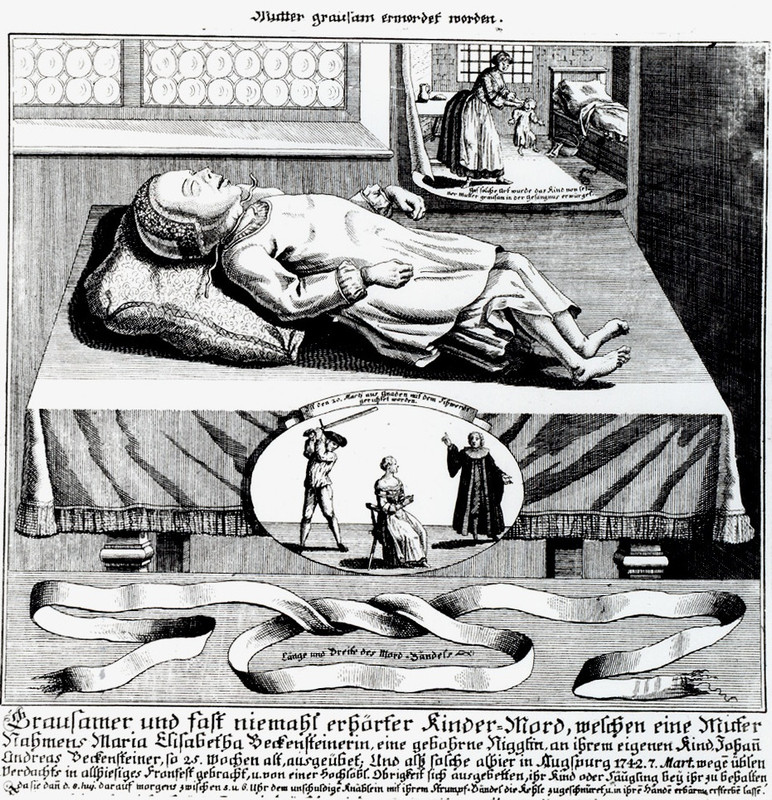 Ray Lewis grew up using a deck of cards to do push ups and sit ups. If he drew a 7 he would do 7. An ace was 25 and a Joker 30. He would go through the whole deck. In the nfl, he would do it 3 times for each exercise. Also the reason he wore 52 was because of the number of cards in the deck (article)

That white stuff covering Judy Garland? Pure asbestos, of course—in chrysotile form, making the material a bit more dangerous than, say, in building material. (By the way, not exactly a nice gesture on the part of the Good Witch there, but odds are good she didn’t know about mesothelioma, because not a lot of people did.)

In defense of Metro-Goldwyn-Mayer and other users of asbestos snow in the 1930s, this stuff was common, and not only on film sets. It was not unheard of during this period to purchase Christmas supplies that included a form of fake snow made of asbestos.

Printer companies embed chips into ink cartridges that force them to stop printing after a set expiration date, even if there is ink remaining

The “Flynn Effect” which shows the average IQ is rising steadily each generation. IQ tests are continually made harder to keep the average at 100. Today’s children that take tests from past decades are averaging significantly higher than 100

The Flynn effect is the substantial and long-sustained increase in both fluid and crystallized intelligence test scores that were measured in many parts of the world over the 20th century. When intelligence quotient (IQ) tests are initially standardized using a sample of test-takers, by convention the average of the test results is set to 100 and their standard deviation is set to 15 or 16 IQ points. When IQ tests are revised, they are again standardized using a new sample of test-takers, usually born more recently than the first. Again, the average result is set to 100. However, when the new test subjects take the older tests, in almost every case their average scores are significantly above 100.

Test score increases have been continuous and approximately linear from the earliest years of testing to the present. For the Raven’s Progressive Matrices test, a study published in the year 2009 found that British children’s average scores rose by 14 IQ points from 1942 to 2008. Similar gains have been observed in many other countries in which IQ testing has long been widely used, including other Western European countries, Japan, and South Korea.

There are numerous proposed explanations of the Flynn effect, as well as some skepticism about its implications. Similar improvements have been reported for other cognitions such as semantic and episodic memory. Research suggests that there is an ongoing reversed Flynn effect, i.e. a decline in IQ scores, in Norway, Denmark, Australia, Britain, the Netherlands, Sweden, Finland, France and German-speaking countries, a development which appears to have started in the 1990s. In the late 1970s, Wallace announced that he was a born-again Christian ) and apologized to black civil rights leaders for his past actions as a segregationist. He said that while he had once sought power and glory, he realized he needed to seek love and forgiveness. In 1979, Wallace said of his stand in the schoolhouse door: “I was wrong. Those days are over, and they ought to be over.” He publicly asked for forgiveness from blacks. 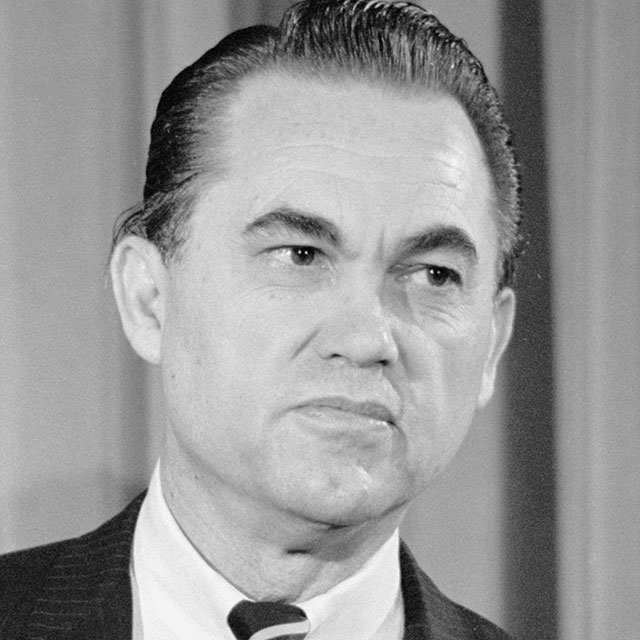 James knows what it’s like to be an at-risk student himself. As a fourth grader, he says, he missed 83 days of school while he and his mother moved from one couch or spare room to the next. He credits mentors, some of whom he met at school, with a turnaround that helped him attend every day of fifth grade — which was also the first year he played organized basketball.

Now, 240 third- and fourth-graders will make up the inaugural class at the I Promise School, which opened this week in James’ hometown of Akron, Ohio.

The unusual school is a public school formed in collaboration between James’ philanthropic foundation and Akron Public Schools. Its out-of-the-box offerings include a long school day (eight hours); a “support circle” for students after lunch; and GED courses and job placement for parents. All are driven by James’ mission to help kids overcome what he faced as a low-income student in Akron, he says.

Several computer algorithms have named Bobby Fischer the best chess player in history. Years after his retirement Bobby played a grandmaster at the height of his career. He said Bobby appeared bored and effortlessly beat him 17 times in a row. “He was too good. There was no use in playing him”

He was too good. There was no use in playing him. It wasn’t interesting. I was getting beaten, and it wasn’t clear to me why. It wasn’t like I made this mistake or that mistake. It was like I was being gradually outplayed, from the start. He wasn’t taking any time to think. The most depressing thing about it is that I wasn’t even getting out of the middle game to an endgame. I don’t ever remember an endgame. He honestly believes there is no one for him to play, no one worthy of him. I played him, and I can attest to that.

The quietest place on Earth is in a small studio in Minneapolis, Minnesota. At -13 dBA it’s so quiet you can hear the internal workings of your body. (article)

Once inside, Orfield told me that it’s been falsely reported numerous times that a record has been set for “the longest time a person can stay in the room.” There is no such record; a person can potentially stay an indefinite period of time in the chamber. But what he has done over the years is insisted that national news outlets experience 45 minutes of perfect silence in the room, in darkness, before he allows them to do a story. Because it’s very important to understand silence before you can really discuss it.

A few minutes in, I shifted slightly, and experienced a sudden revelation: Oh, my shoulder makes a sound when I move it, apparently. I had read that you can hear your own body going about its processes while in the room, and that a human can become disoriented. I experienced both sensations (although interestingly, I was mostly unable to hear myself breathe), and the latter was hardly upsetting … in fact, it was transcendent.

In the last couple of minutes in the chamber before the light came on and the door opened, I began to feel weightless and detached, as though my consciousness was separating from my body. My head began to feel elongated, like a balloon filling with air. I’ve never taken any hallucinogenic drugs, but I believe you would describe the sensations I felt as “mildly tripping balls.” I didn’t see any colors or visions; I didn’t see anything at all, of course. But I felt the perfect stillness and serenity of the room, I heard nothing, I saw nothing, and I began to feel as though I was stretching in all directions; that my being was filling the void.

Most states require car manufacturers to sell through the dealers. Even if your order directly from the factory, the order must go through the dealer. This dealer distribution system adds around 30% to the price of the cars. (article)

Most states require car manufacturers to sell through dealers. Even if you order directly from the factory, the order must go through the car dealer. This expensive dealer distribution system adds about 30 percent to the cost of cars.

Until 1984, people bought home computers the way they buy cars, through retail dealers like Best Buy. Then, a 19-year-old named Michael Dell offered to sell computers directly to the public, by mail order. His recipe for success: build the computer exactly to the customer’s specifications, after the customer orders it; cut out the middleman and dramatically cut the price.

In 1985, Dell’s first year in operation, his company grossed more than $73 million. Now, many people buy their computers directly from the manufacturer, while others who prefer a different shopping experience buy from a local computer store. Computer prices have dropped dramatically, and Dell is a multibillion dollar company. According to a study, strict parents can turn their kids into more effective liars because children who are afraid to tell the truth learn more deceptive behaviors to avoid getting in trouble. (article)

Martin Luther King’s mother was also assassinated. A deranged man who believed Christianity was harming African Americans gunned her down as she played the organ in church. He was sentenced to death but this was commuted to life imprisonment because the Kings opposed capital punishment

Alberta King was shot and killed on June 30, 1974, at age 69, by Marcus Wayne Chenault, a 23-year-old black man from Ohio who shot her with two pistols as she sat at the organ of the Ebenezer Baptist Church. Chenault stated that he shot King because “all Christians are my enemies”, and claimed that he had decided that black ministers were a menace to black people. He said his original target had been Martin Luther King Sr., but he had decided to shoot his wife instead because she was close to him. Edward Boykin, one of the church’s deacons, was also killed in the attack, and a woman was wounded. Alberta was interred at the South View Cemetery in Atlanta. Martin Luther King Sr. died of a heart attack on November 11, 1984, at age 84 and was interred next to her.

Chenault was sentenced to death; although this sentence was upheld on appeal, he was later resentenced to life in prison, partially as a result of the King family’s opposition to the death penalty. On August 3, 1995, he suffered a stroke, and was taken to a hospital, where he died of complications from his stroke on August 19, at age 44.

JFK’s father Joseph Kennedy made much of his fortune through insider trading. FDR later made him chairman of the Securities and Exchange Commission. When asked why he appointed a crook, FDR replied, “set a thief to catch a thief.” Kennedy proceeded to outlaw the practices that made him rich. (article) 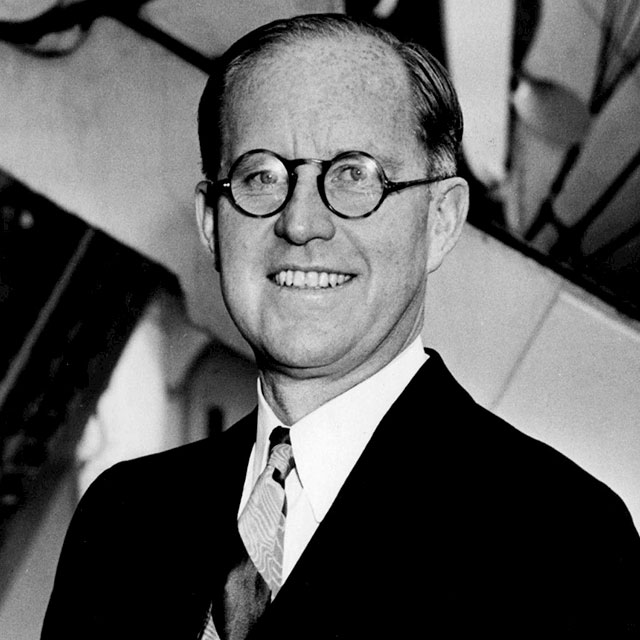