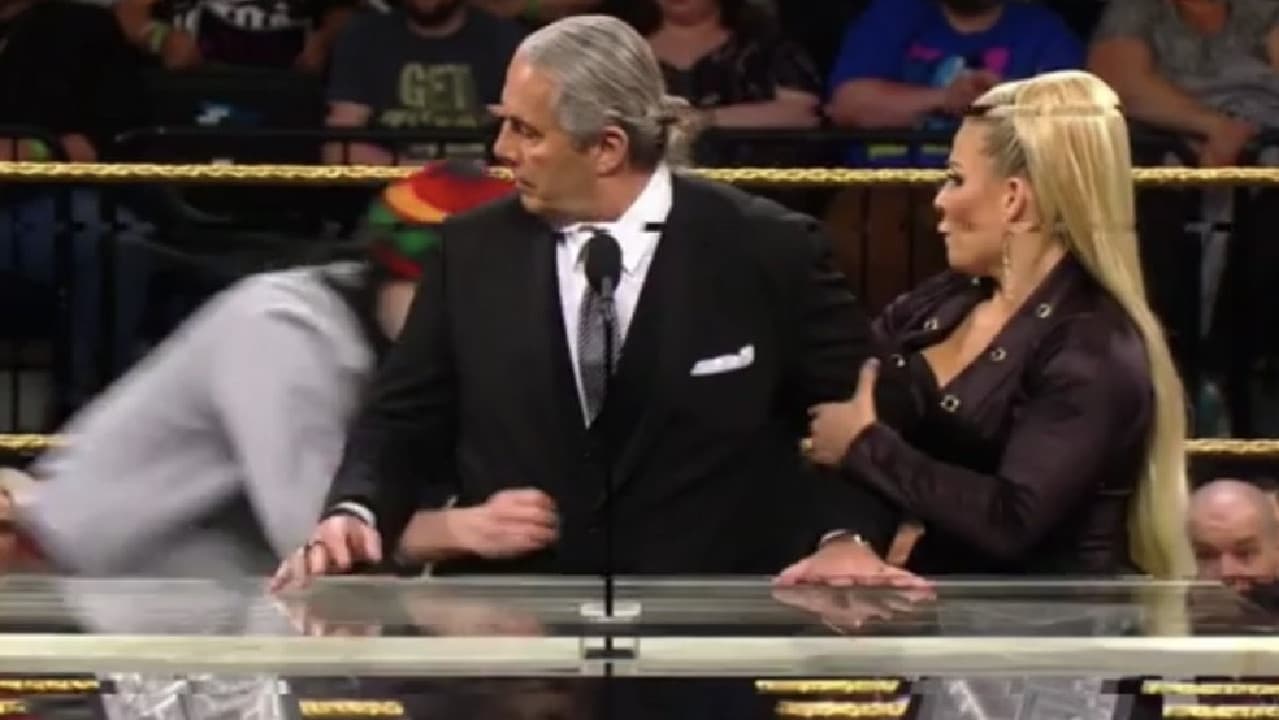 During the WWE Hall of Fame ceremony at Barclays Center in Brooklyn tonight (April 6), WWE’s latest scary moment of fan occurred during the induction of the Hart Foundation. As Bret Hart was speaking, with Jim Neidhart’s daughter Natalya beside him at the podium, a fan stormed the ring and tried to tackle the 61 year old Hart

The WWE Network feed quickly went to black. Fans in the arena report security swarmed the stage/ring area (set up in the middle of the arena this year) and subdued the attacker. When the broadcast resumed, numerous WWE wrestlers and employees surrounded Bret and Natty in the ring

Not only was the Hitman okay, but Bret resumed his speech shortly after the broadcast resumed.

Here’s the video of the incident. He takes Brett down and then gets swarmed by a legion of wrestlers including MMA fighter Travis Browne, who unloads some ground and pound on his dumbass.

Here’s a video of WWE star Dash Wilder giving the idiot a solid uppercut, while he was being escorted out of the venue: