Pinkerton Detective With Lead Gloves circa 1875

This huge, almost seven foot fall Pinkerton detective dwarfs the table he is standing next to. However, it is not his physical size that makes him a deadly adversary, but the lead gloves covering his hands. They are a variation of the “blackjack.” A seemingly light tap usually surprises the unfortunate victim with broken bones or the loss of consciousness, without hurting the wearer’s hands. 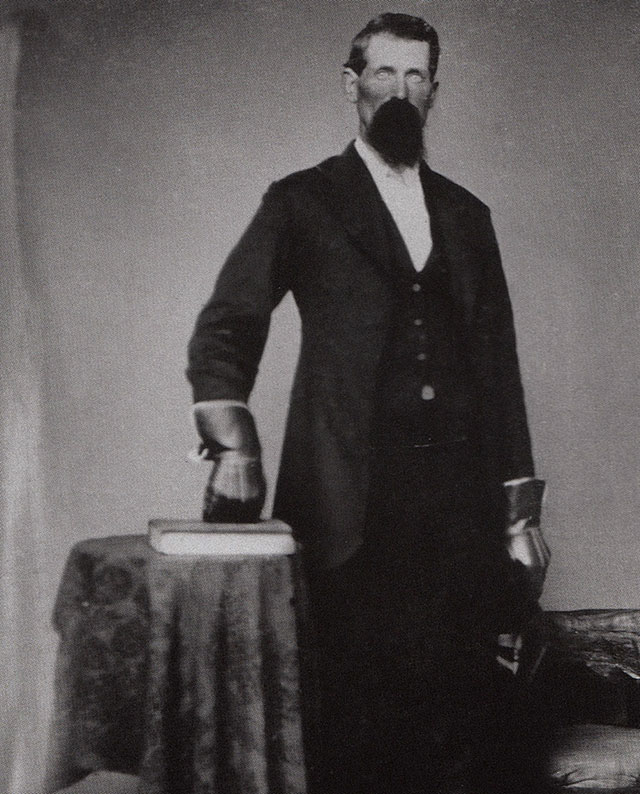 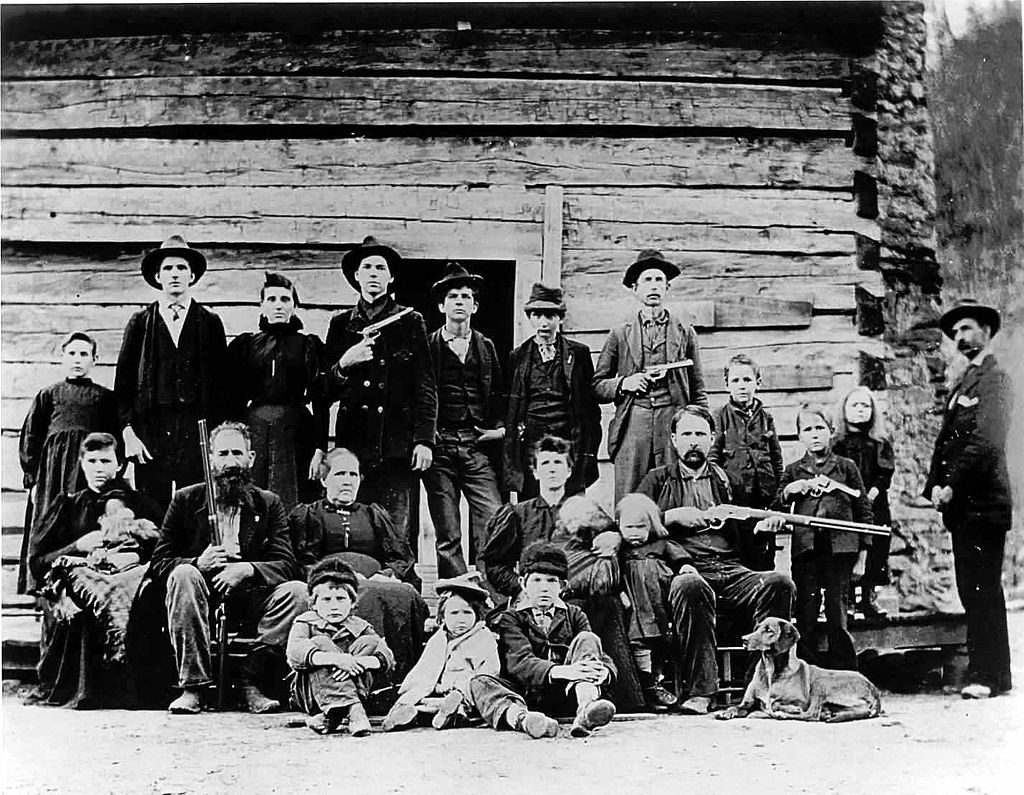 This is a photograph of Maud Wagner in 1907, who was allegedly the first known female tattooist in the United States.

Maud Stevens Wagner was born in 1877, in Lyon County, Kansas. Wagner worked as an American circus performer, where she performed as an aerialist and contortionist. She frequently worked for numerous traveling circuses, which is where she met her future husband, Gus Wagner. Gus was a tattoo artist himself, to which he described himself as “the most artistically marked up man in America.”

Wagner exchanged a date with Gus for a lesson in tattooing, which was where her love and admiration for tattoos skyrocketed. They were married several years later, and had a daughter together, Lovetta, who also became intrigued with the idea of tattooing and started at the age of 9. Wagner became an apprentice under her husband and started learning how to give the traditional ‘stick and poke’ tattoos — regardless of the tattoo machine already being invented during this time.
–
Maud and Gus Wagner were two of the last tattoo artists in the United States who would tattoo by hand, instead of using the already established tattoo machine. This gave Wagner the title of the first known female tattoo artist in the U.S. Wagner left the circus and traveled around America with her husband, where they both worked as tattoo artists; being credited for bringing this practice to the inland of the U.S. 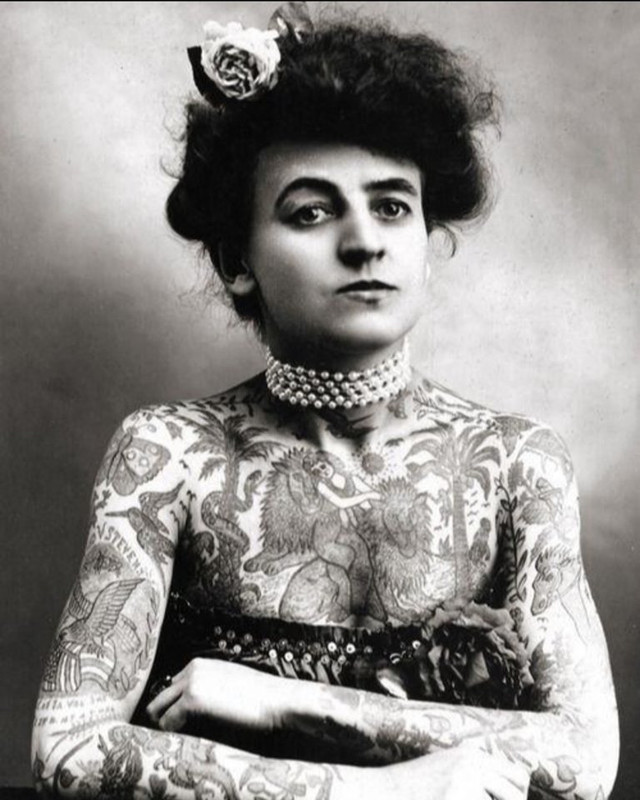 A Trip Down Market Street In San Francisco 1905

This is allegedly the only known authenticated portrait of notorious outlaw, Billy the Kid

Born as Henry McCarty in 1859 New York City, McCarty was orphaned at age 14, where the boardroom owner gave him a room to stay, in exchange for work.
–
His first arrest was at age 16 for stealing food in late 1875, which is where his criminal behaviour spiralled. After fleeing to New Mexico Territory because of his stealing crimes, this made McCarty both an outlaw and a federal fugitive. Two years later in 1877, McCarty murdered a blacksmith during an altercation, which made him become a wanted man in Arizona Territory; which is why he fled back to New Mexico where he joined a group of cattle rustlers.
–
-McCarty was finally captured by Sheriff Pat Garrett, and convicted of the murder of the blacksmith, where he was sentenced to hang in May of 1881. Later that year, McCarty escaped, killed two guards and hid for over two months. Sheriff Pat Garrett shot and killed McCarty in July of 1881, where he was only 21 years of age. 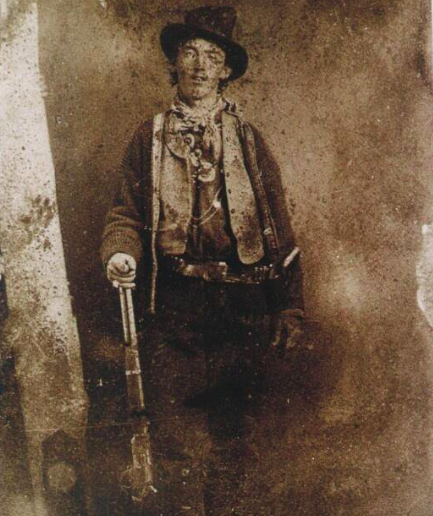 A Russian, newly liberated by US soldiers from the Buchenwald Concentration Camp, points out the Nazi guard who was brutally beating prisoners. April 14, 1945 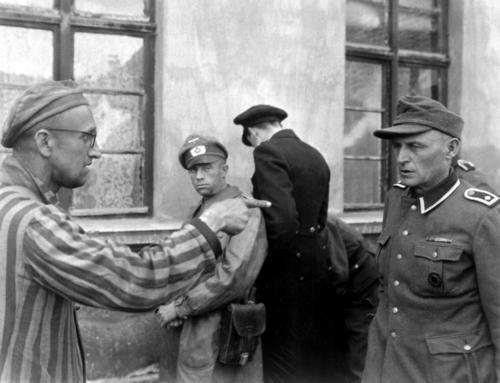 Adolf Hitler with a group of brown shirts in Berlin, 1933 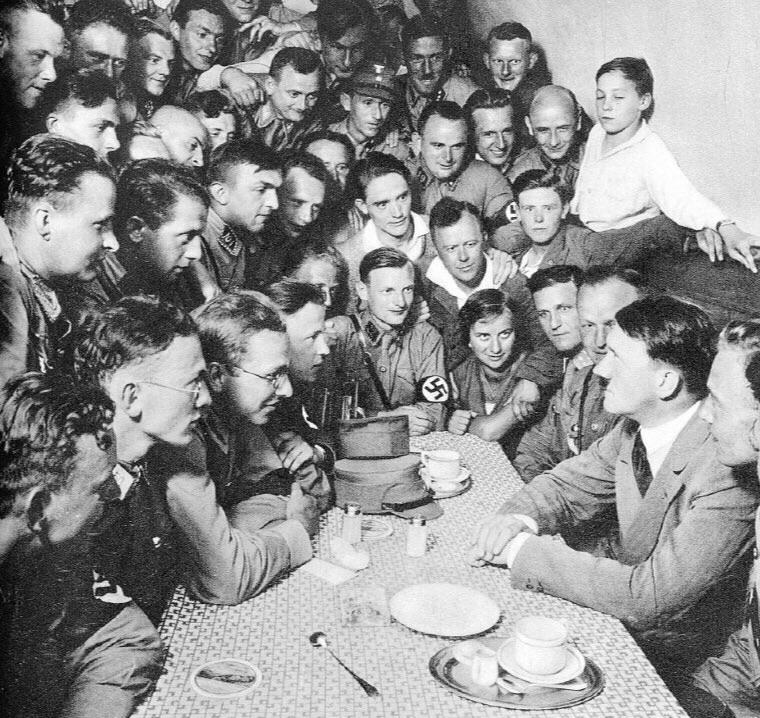 German election ballot, 1938: “Do you approve of the reunification of Austria with the German reich accomplished on 13 March 1938 and do you vote for the list of our Führer, Adolf Hitler?” 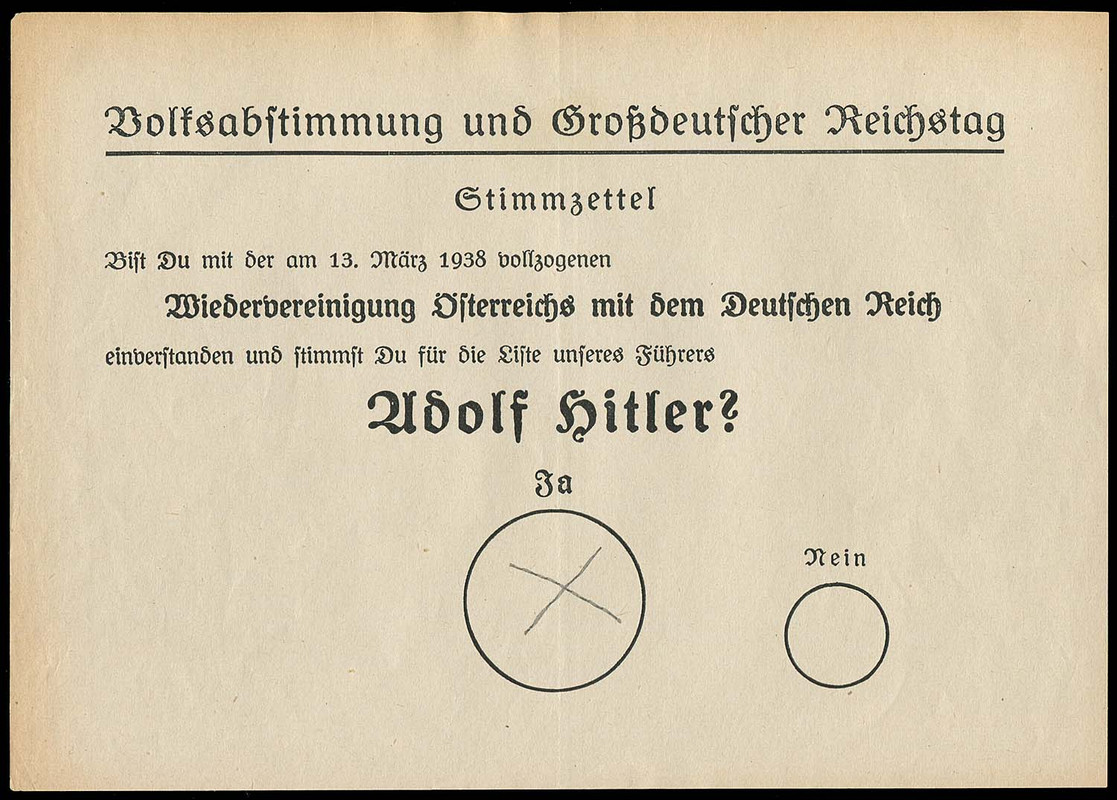 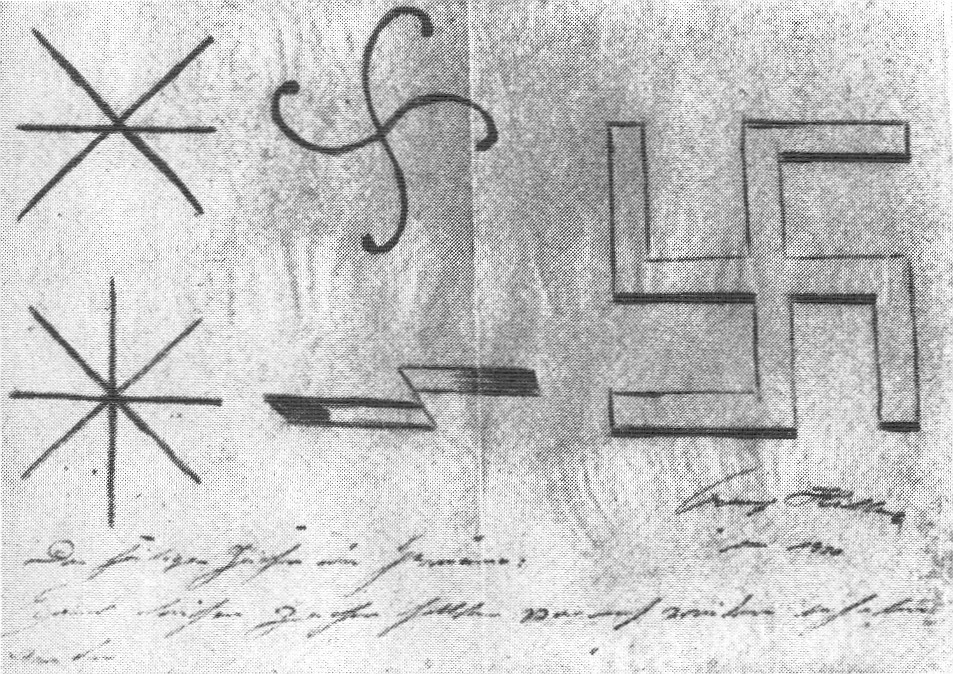 The identification card of Anny Horowitz, a French Jewish girl murdered in Auschwitz, 1940

The card notes she was born on June 3, 1933, in Strasbourg, and lived in Bordeaux. She has blonde hair, blue eyes, a rosy complexion, and is of average height, and her fingerprints and signature are included. Her family was deported from Drancy to Auschwitz on September 11th, 1942, where it is believed she was killed. 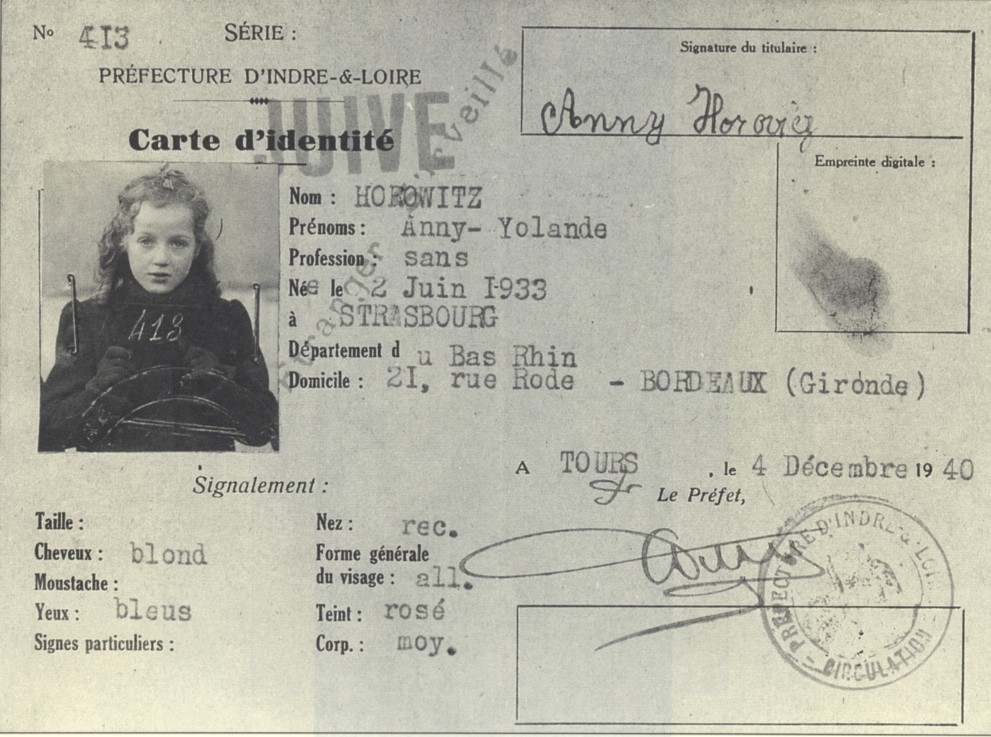 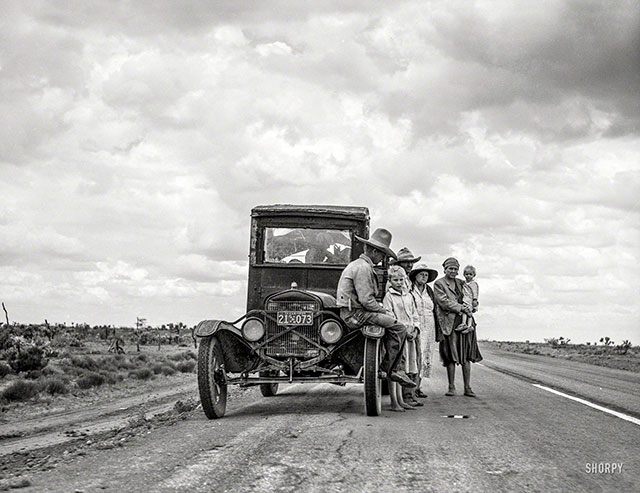 The last Civil War veteran (Union), Albert Henry Woolson, died in 1956. That means he saw the world go from gas lights and candles, horse and buggy, cavalry, and muskets, to widespread electricity, high speed cars, tanks, and nuclear weapons in one lifetime.

Fake trees were used in WW1 as observation posts 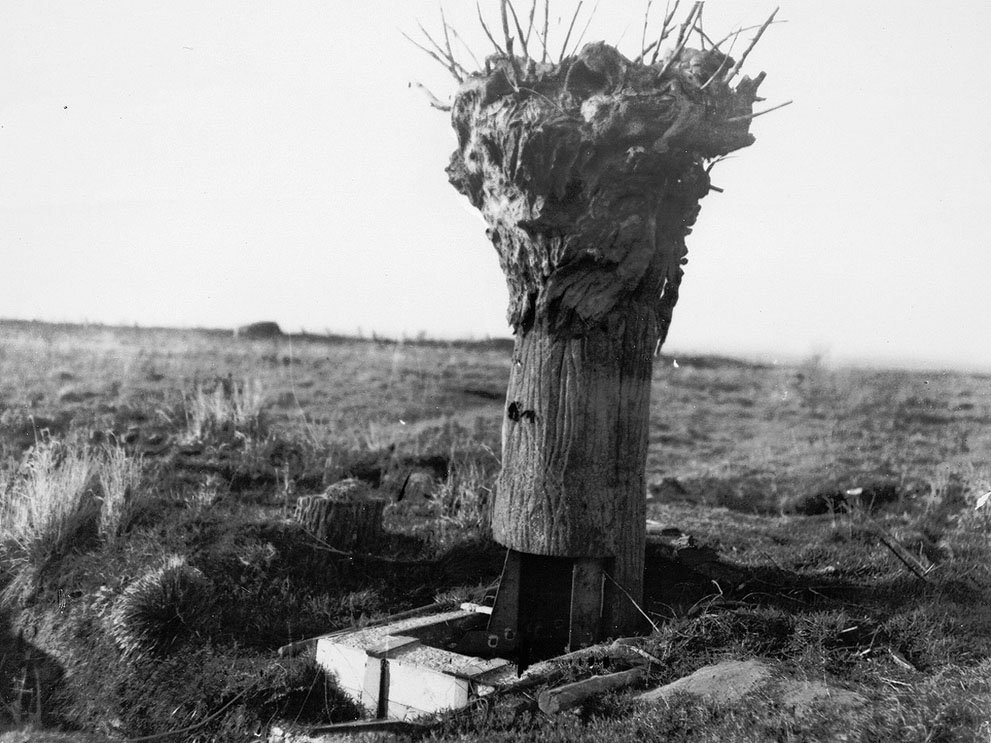 First Class Cabin aboard the TItanic 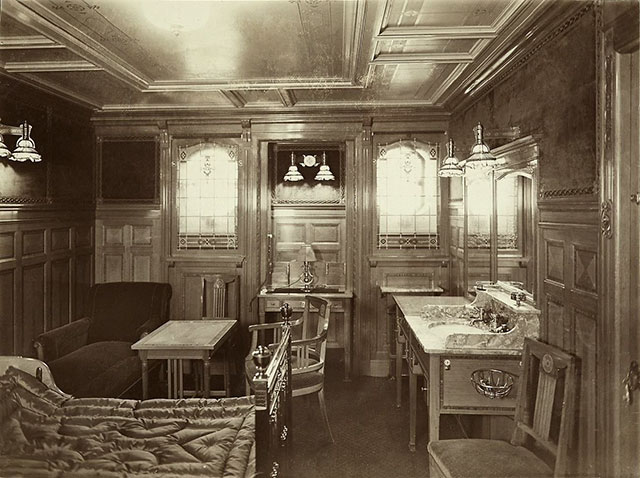 In August of 1867 Union Pacific railroad worker William Thompson was attacked by a band of Cheyenne Indians, scalped, and left for dead. 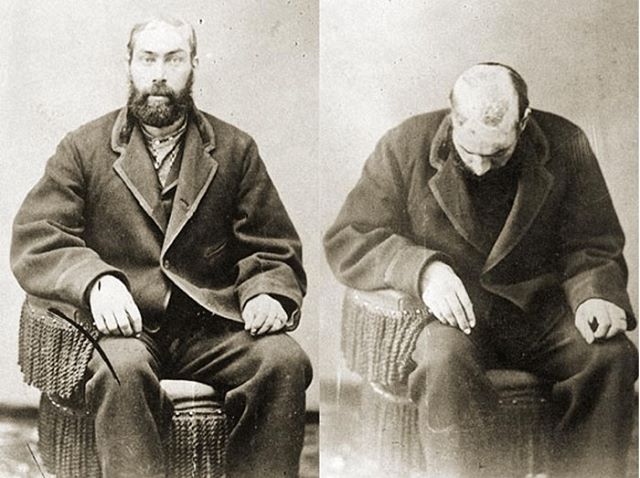 North Hollywood shootout gunman, Emil Matasareanu, smiling for the camera after being shot at least 29 times by LA police, 1997. The EMS were intentionally delayed and he bled out and died