Fallon Fox, a transgender MMA fighter, beat her (his) female opponent, Tamika Brents, so severely, that she suffered a broken skull and concussion before being TKO’d.

The fight lasted one round and was over in almost two and a half minutes. It’s not easy viewing, but the entire fight, including the bloody end, can be viewed below:

After the fight, Tamika Brents gave an interview and she said that she never felt such power and strength at any woman before:

“I’ve fought a lot of women and have never felt the strength that I felt in a fight as I did that night. I can’t answer whether it’s because she was born a man or not because I’m not a doctor. I can only say, I’ve never felt so overpowered ever in my life and I am an abnormally strong female in my own right… I still disagree with Fox fighting. Any other job or career I say have a go at it, but when it comes to a combat sport I think it just isn’t fair.” – Tamika Brents said.

Ashley McGuire, author of Sex Scandal: The Drive to Abolish Male and Female, responded to the fight saying: “Twenty years ago, if a man hit a woman so hard that he sent her to the hospital, he’d be in prison. Now he can get paid for it.

McGuire explains, while the idea that gender is a personal choice might sound enlightened to some, it’s actually very anti-scientific and especially anti-women:

That’s because the men-and-women-are-the-same argument invariably leads women to be judged against a male standard. Or, to put it another way, to be more of a woman, a woman has to be more like a man….

For the tiny percentage of people who experience gender dysphoria, we should have nothing but compassion. We should do everything we can to help them and protect their dignity, but we don’t need to overturn biologically defined sex differences to do so.

During an episode of The Joe Rogan Experience podcast, co-host Brian Redban asked Rogan what he thought about a transgender person figthing in wome’s mma:

She calls herself a woman but… I tend to disagree. And, uh, she, um… she used to be a man but now she has had, she’s a transgender which is (the) official term that means you’ve gone through it, right? And she wants to be able to fight women in MMA. I say no f***ing way.

I say if you had a dick at one point in time, you also have all the bone structure that comes with having a dick. You have bigger hands, you have bigger shoulder joints. You’re a f***ing man. That’s a man, OK? You can’t have… that’s… I don’t care if you don’t have a dick any more…

Look, [Fox is] huge! She’s not just huge, she’s got a f***ing man’s face. I mean, you can wear all the lipstick you want. You want to be a woman and you want to take female hormones, you want to get a boob job, that’s all fine. I support your life to live, your right to live as a woman.

Fight guys, yes. She has to fight guys. First of all, she’s not really a she. She’s a transgender, post-op person. The operation doesn’t shave down your bone density. It doesn’t change. You look at a man’s hands and you look at a women’s hands and they’re built different. They’re just thicker, they’re stronger, your wrists are thicker, your elbows are thicker, your joints are thicker. Just the mechanical function of punching, a man can do it much harder than a woman can, period. 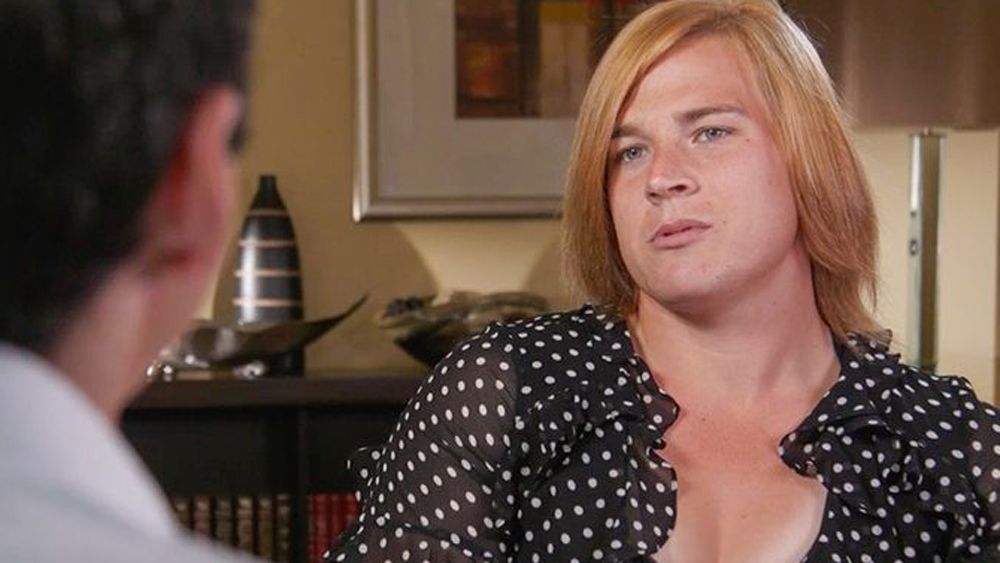