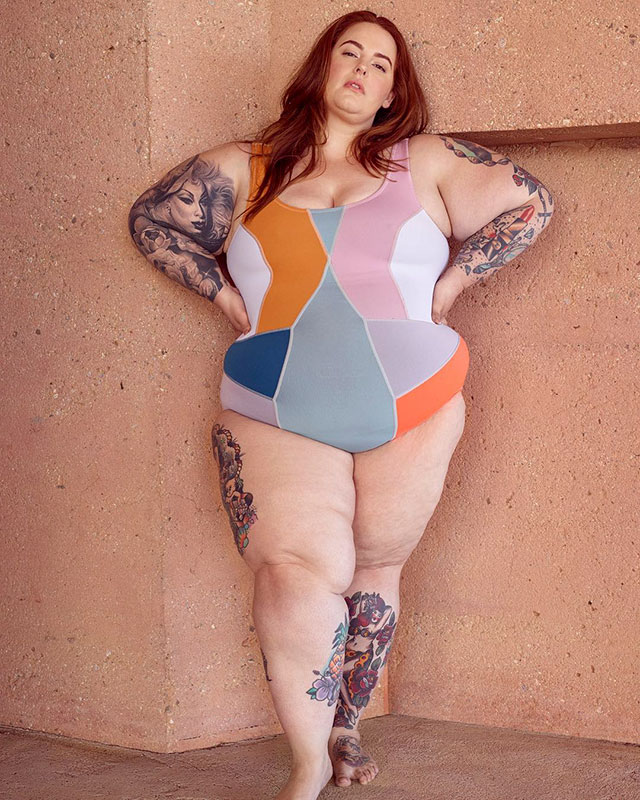 Tess Holliday is a plus-size model, and well known figure in the body positivity community. The 5-foot-5, 33-year-old, who weighs 300 pounds, boasts of an Instagram following of more than 1.9 million followers and she’s responsible for the viral hashtag #EffYourBeautyStandards, which she created after strangers left cruel comments on her own Instagram account.

Holliday recently was featured on the cover of Cosmopolitan U.K.’s, which declared her "Strong, Fit, and 300 Pounds."

Reveling on Twitter she tweeted, “I’m literally a COSMO GIRL!! Can’t believe I’m saying that!” she said, adding, “If I saw a body like mine on this magazine when I was a young girl, it would have changed my life.” 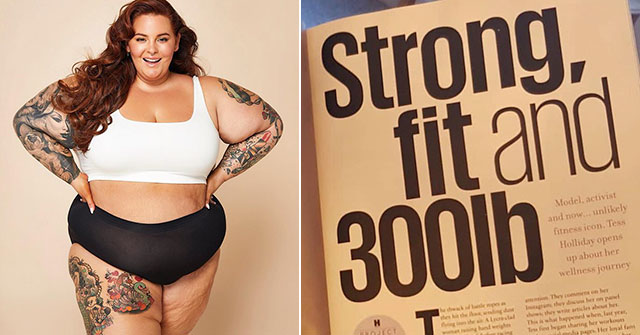 Speaking to the press at the New York Fashion Week show for plus-size clothing line 11 Honoré, Holliday, 33, said she gets naked to inspire young girls.

“It’s really liberating to do nude shoots because I can only imagine what it’s like for women or young folks when they’re scrolling through Instagram and they see a body that looks like mine, and they realize that I look like them,”

“For me, it’s not sexual, it’s just me existing and being able to say, ‘F–k you, I belong.’ Things are changing and it’s nice for me to be able to say, this is my body, I love it. Look, If I could be naked right now, I 100 percent would.”

Carolyn Kylstra, editor-in-chief of Self magazine, who also featured Tess on her magazine, has embraced Holliday saying:

However, critics have warned that this activism is normalizing and even valorizing less-than-ideal lifestyles.

The more people hate it and talk about it, the more [social media] followers I get,” she told Us Weekly. “And those are people that could actually see my cover and move things forward and actually change things, so I embrace it.” 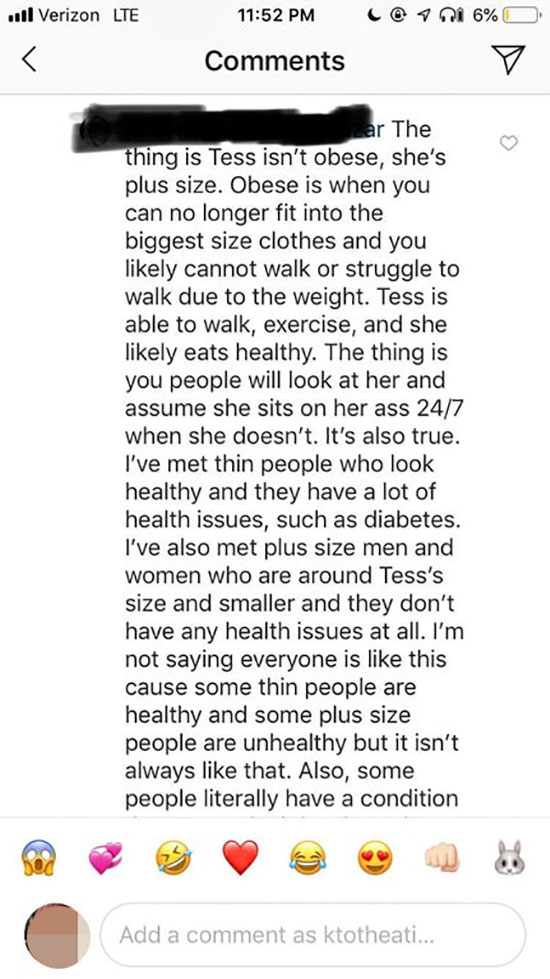 Holliday falls under the most severe of the CDC’s obesity categories, “morbidly obese.” “At a reported weight of 300 pounds and 5 feet, 5 inches tall, Holliday would fall under the most severe category of obesity. According to the Center for Disease Control’s Body Mass Index calculator,” the outlet reports.

According to the Centers for Disease Control:

Extra weight carries significant health risks, something fat positivists like Holliday like to downplay by claiming that right now they are ‘healthy.’ Obesity is linked to cancer of the colon, breast, and kidney. Type 2 diabetes is closely linked with obesity, and being overweight makes you more likely to have high blood pressure and high cholesterol, which makes heart disease and stroke more likely. Sleep apnea is common for obese people as well, which further increases the risk of heart disease, stroke, and death.

Overweight or obese women also have added risks involved in childbearing, including preeclampsia and gestational diabetes. Obesity during pregnancy carries a 20 percent greater chance of early miscarriage, and obese mothers also have a slightly greater risk for birth defects.

Holliday is playing a dangerous game not just with her own health, but with the health of potentially millions of other women who are increasingly told by the media that she is a role model.