Stalin in the Kremlin after a meeting about the Nazi invasion of the Soviet Union at the start of Operation Barbarossa. The photographer secretly defied orders to destroy it as it was deemed not to show Stalin in a positive light – June 22nd 1941

When the invasion happened, Stalin ran to his rural cottage and had a nervous breakdown for 3 days, being unavailable to Russian command looking for guidance/orders, and drinking himself to death. Beria and other top communists went to meet him and got him out of the cottage. He was also afraid of being deposed/assassinated at this point.

Perched prominently at a small parcel near Sumay on Naval Base Guam is a large black granite monument with a life-size noble bronze figure of a Doberman pinscher. He sits obediently with ears upright and utterly attentive. Inscribed in gold letters on the base of the Guam War Dog Memorial are the names of 25 dogs, most of whose graves surround it.

Marines relied on these mostly Doberman working dogs – not only to sniff out enemy soldiers hiding in caves or carry needed medical supplies – but also to warn against enemy attacks as they spent the night alongside the dogs in foxholes, or went on more than 450 patrols…

In one incident alone, Kurt, the Doberman whose regal likeness tops the monument, saved the lives of 250 Marines when he silently warned them of Japanese troops ahead… Such incidents made for powerful bonds between the dogs and their handlers. 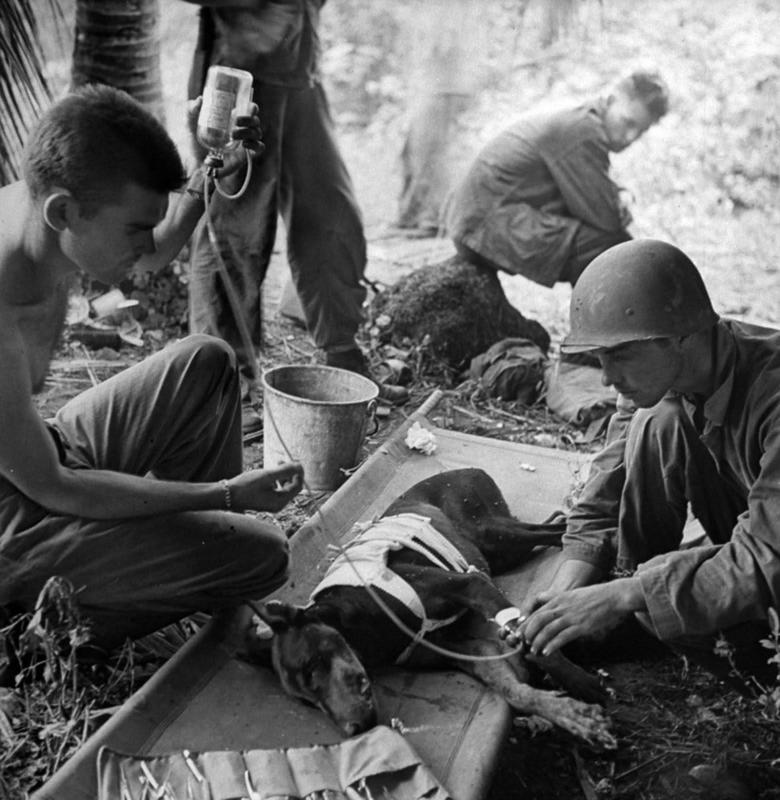 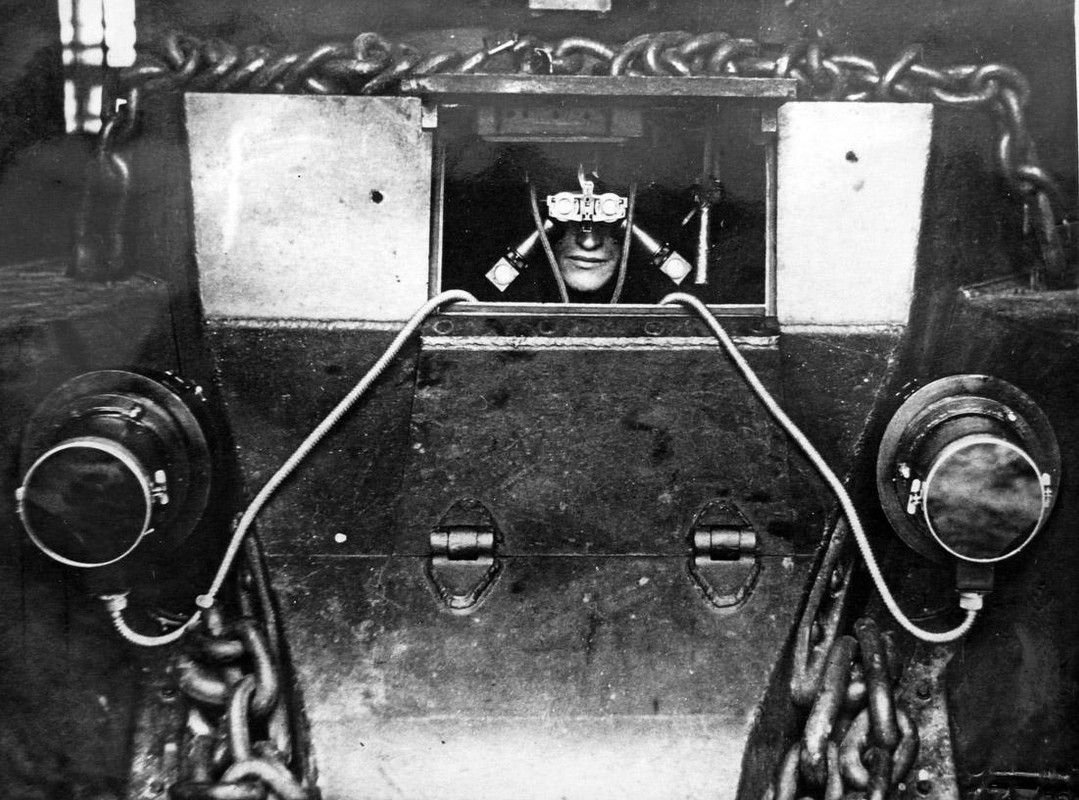 This is widely believed to be the last ever photo taken of a Barbary Lion (a species now extinct). The picture was taken from on board a Casablanca-Dacar flight in 1925. Barbary Lions were among the largest lions ever, and were famously used for entertainment/fights in Gladiator Arenas. 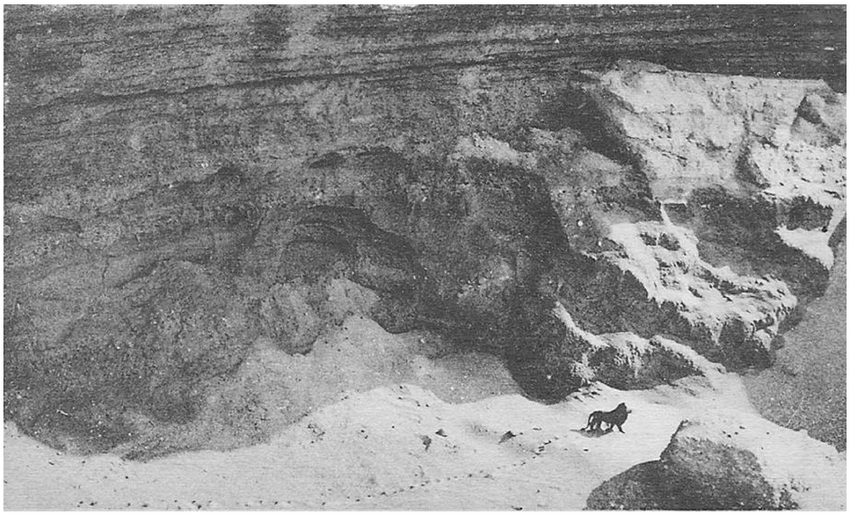 A black Union soldier sits, posted in front of a slave auction house on Whitehall Street in Atlanta, Georgia, in 1864 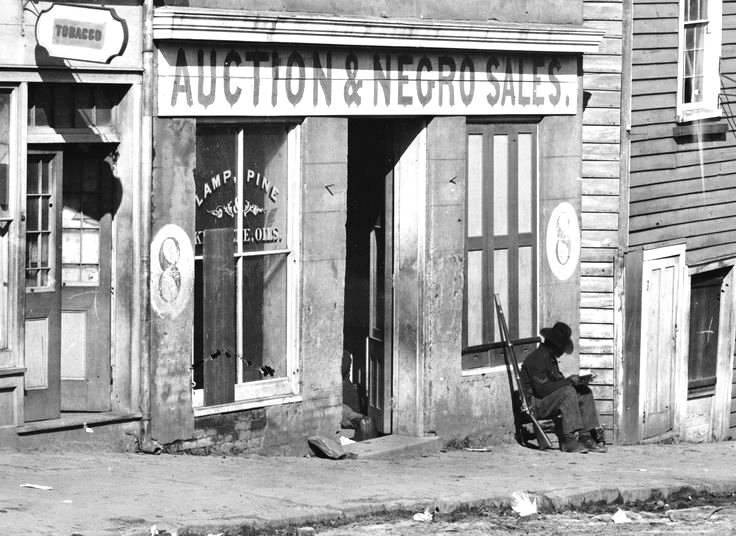 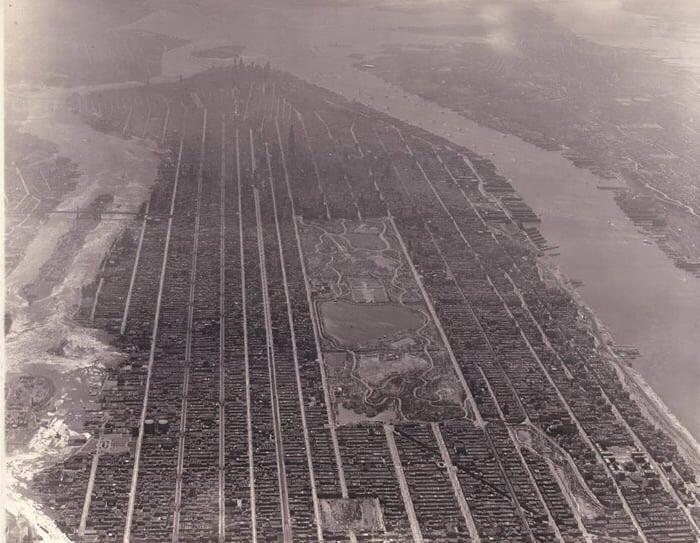 Tribal leader forced to sell off his tribes land, 1948

“In 1947, the 80th Congress approved PL 296 which appropriated funds for “Flood Control, General.” A contract was drawn up in 1948 for approval by the Three Affiliated Tribes. Indians feared that if they failed to consent to outlined terms, they would receive less adequate compensation in the future. In tears. Council Chairman George Gillette “consented” to the coercive piece of legislation. “The truth is, as everyone knows,” he said, “our Treaty of Fort Laramie…and our constitution are being torn to shreds by this contract”. By 1949, provisions for compensation were passed by the Senate and the House and signed into law by the president. In 1950, the tribes voted 525 out of 991 adults to accept the provisions of the act. By 1951, construction was underway and relocation procedures undertaken. The 1951 population included 356 families on 583,000 acres of reservation. Three hundred families were forced to relocate from more than 153,000 acres of flooded lands. The US government believed that many families would choose to permanently move to urban areas under federal job training programs; however, cultural forces inhibited migration to the extent that many Indians viewed even the new reservation lands as “foreign” and inhospitable. Those who did migrate returned in much greater numbers-than anticipated.” 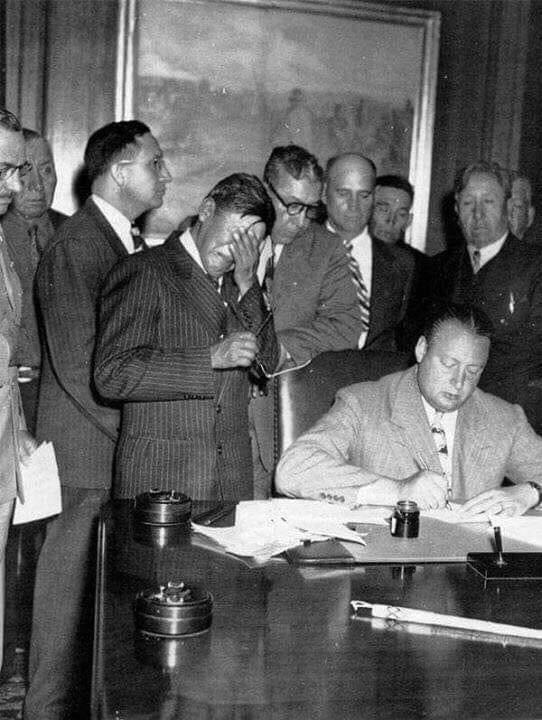 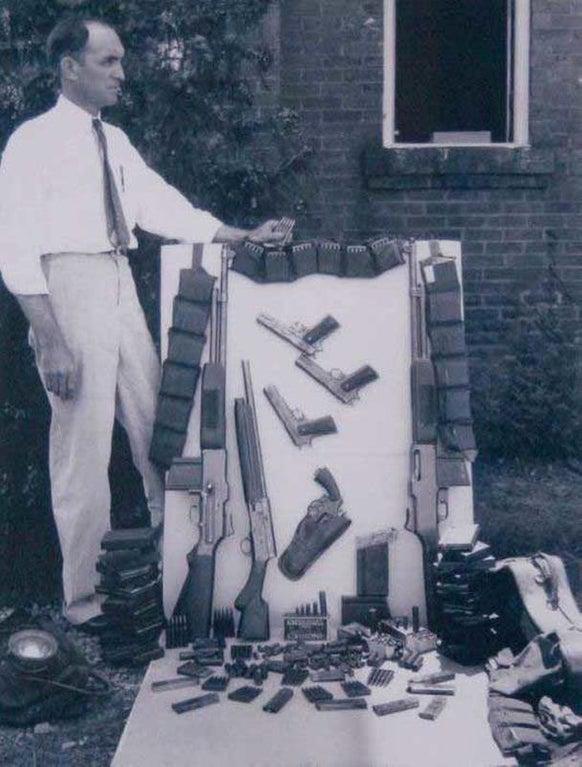 Apparently the guy was also a religious fanatic who castrated himself with a pare of scissors after being aroused by some prostitutes. When asked why he had killed John Wilkes Booth, despite being under orders to take him alive, he simply said: “Providence directed me”. During the war, he served five months in the notorious prisoner of war camp at Andersonville, Georgia. 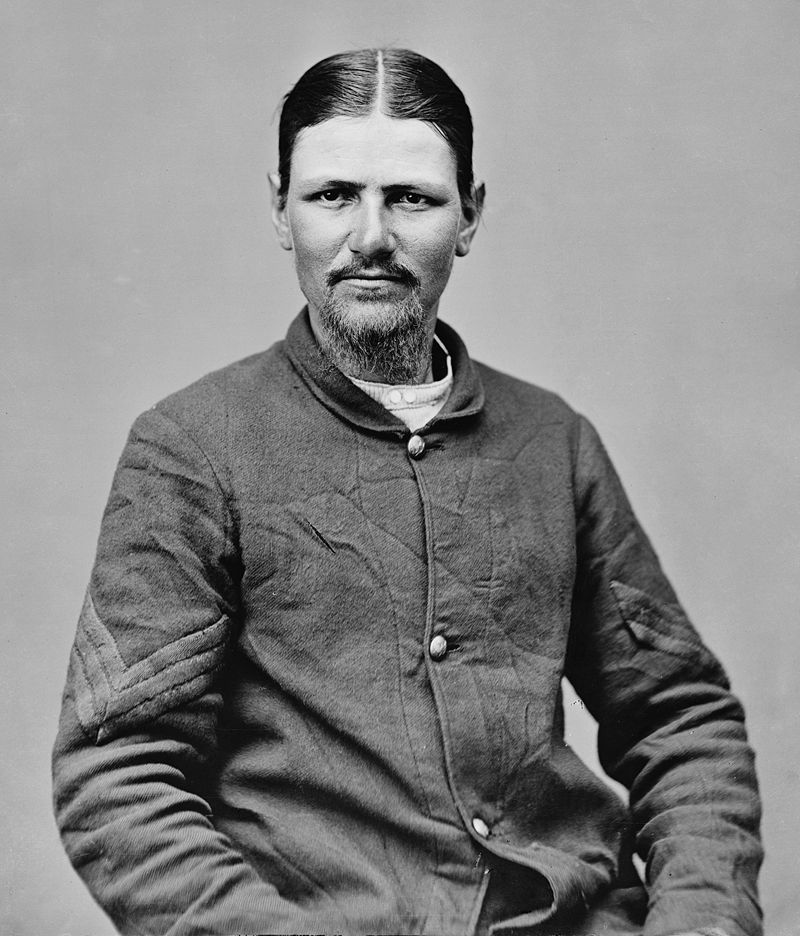 Execution of the Lincoln conspirators, 1865 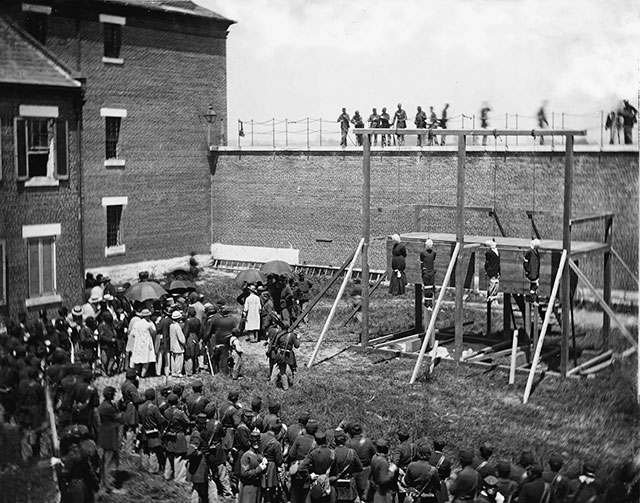 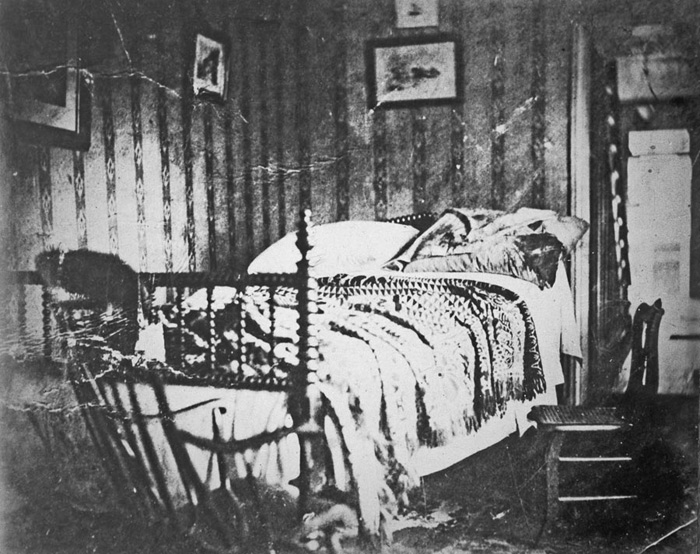 In 1969, when black Americans were still prevented from swimming alongside whites, Mr.Rogers decided to invite Officer Clemmons to join him and cool his feet in a pool, breaking a well-known color barrier. 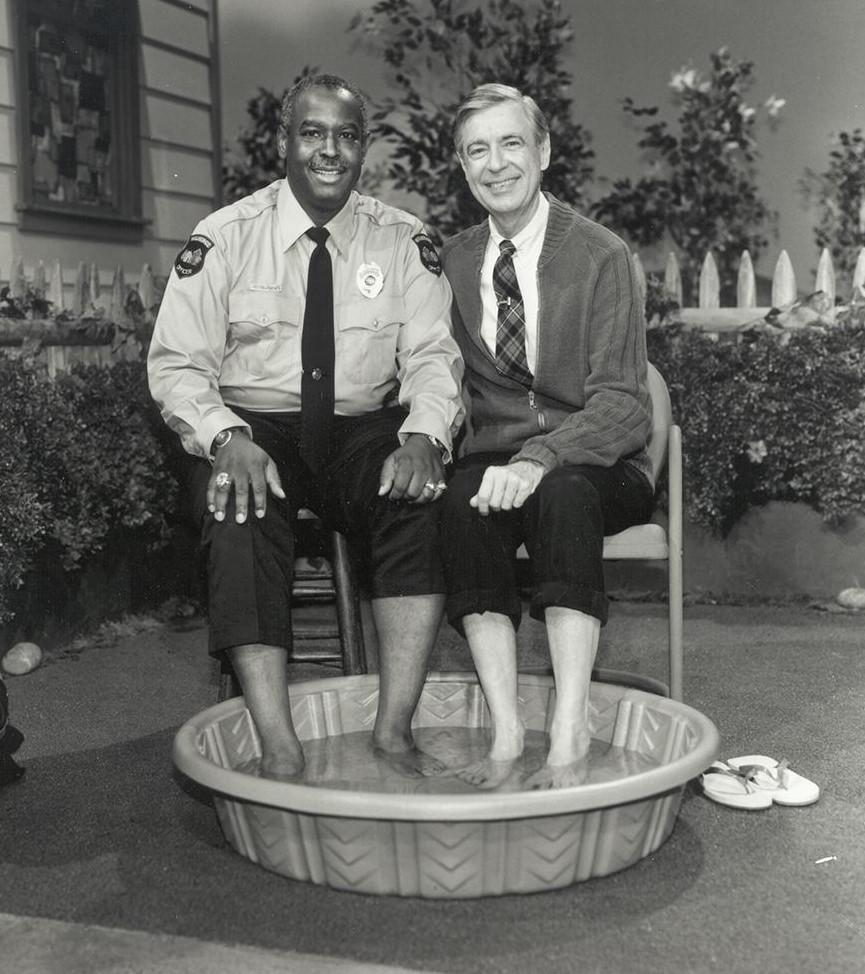 Poon Lim, a Chinese sailor who survived alone adrift on this life raft for 133 days, eventually being rescued in 1943 off the coast of Brazil. Photo taken c.1943-1945 (article)

Poon Lim survived for 133 days after the British merchant navy vessel he was travelling on was sunk by a German U-boat, in November 1942, leaving him stranded in the South Atlantic Ocean. Several others survived the initial sinking, but perished, leaving Poon the sole survivor of the attack. He subsequently clambered aboard this raft, and after slowly working his way through the rations already on board, survived by drinking rainwater and catching fish, sharks and even sea-birds. Once, a large storm hit and spoiled his fish and fouled his water. Poon, barely alive, caught a bird and drank its blood to survive. He ultimately drifted towards the coast of Brazil, where he was rescued and treated in a local hospital, in April 1943. 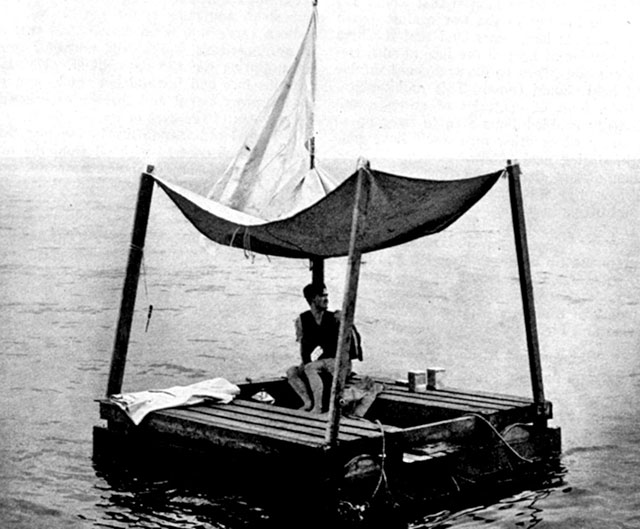 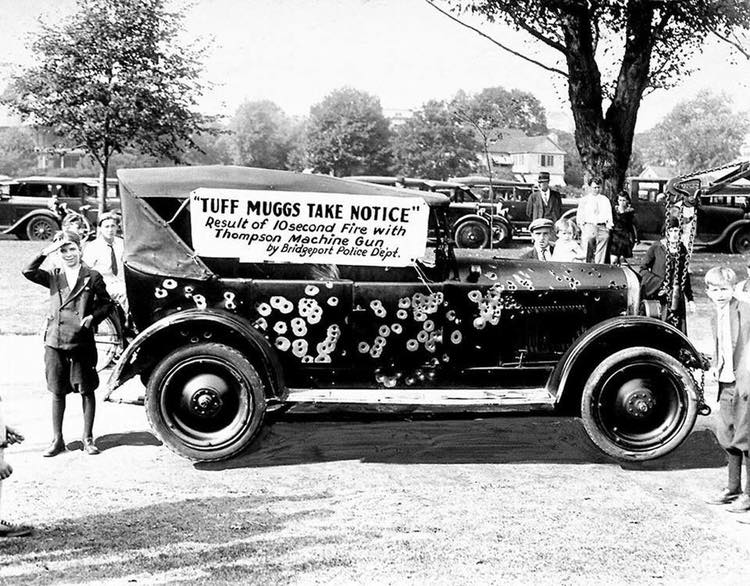 Jonathan the Tortoise (left), as photographed in 1886. Jonathan is alive today, and is presently 186-187 years old. It holds the record for the oldest living terrestrial animal in the world. 1886 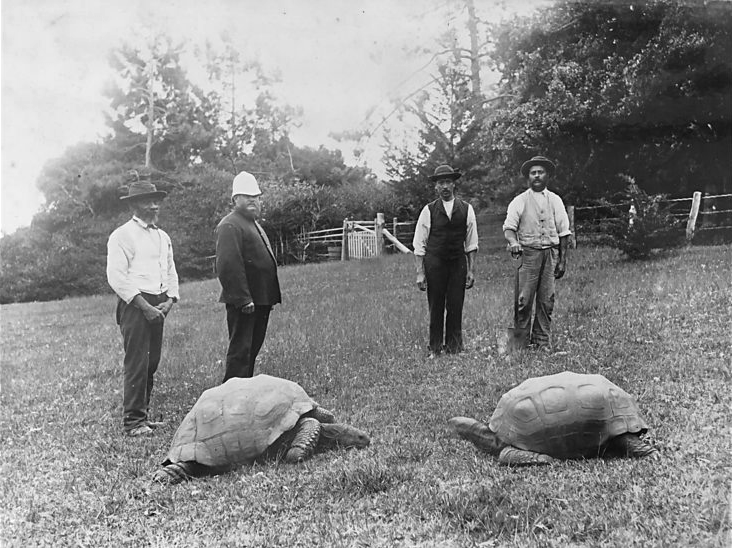 Earliest known photograph of baseball being played in California, 1860s 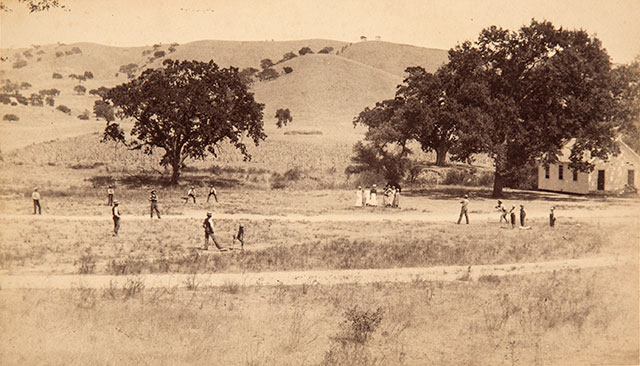 The Italian royal family in a photo taken in June 1922…Mussolini would become prime minister of Italy four months later. 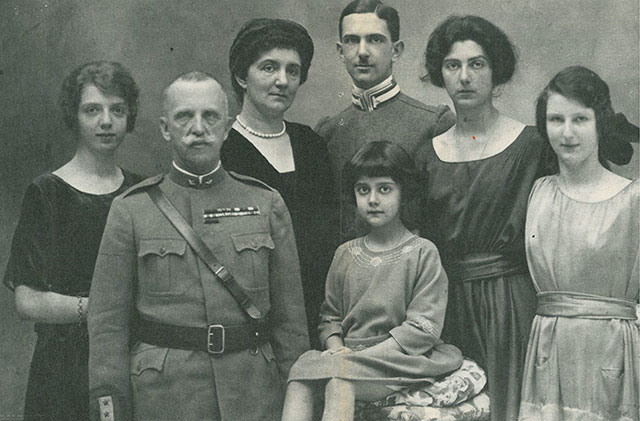