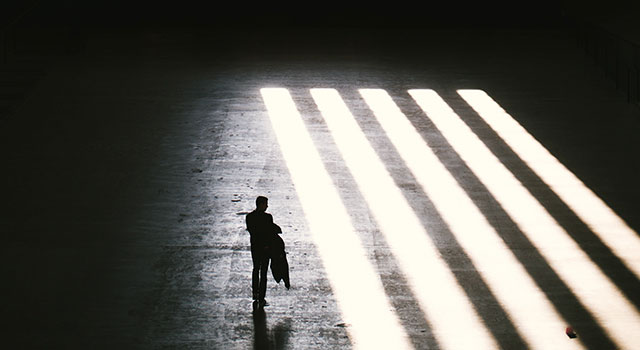 I went to prison in 1982 and was released Feb 2009. To say the world I stepped into was a shock, it was a total shock. I felt everyone could tell I was a convict. I could feel the stares, going into stores you see people watching you. In prison you develop a sense where you are always aware of what’s going on around you. Your gaurd is always up.

I noticed people would cut the line in front of me and not think nothing of it, people would talk shit and if I checked them somehow I became the bad guy.

Society has made it so hard to get a job, with all them background checks, can’t rent, fill out a app for a job, list your last 3 employers and why you left. So you get creative on your answers, I put down I worked for the state. Get pulled over, cops whole demeanor changes when he runs your name. Some people don’t like you just because you doing better then them, and it’s my fault your stupid.

You scare people for no reason, trust issues all around. There’s no way I can make others feel the way they feel it’s them. Everything can be cool then they find out you were in prison that long. Some ask questions, some shun you, some don’t change its no factor to them, but once word gets out your judged by people you don’t even know haven’t even meet them. You hear it through friends, some will even say something when they hear another talking shit about you.

All in all out here is way way better then in prison, I’ve been out now for 7 and a half years, I’ve seen stuff that would get you killed on the inside. Out here people snitch, call cops, and not think twice of what there doing. I still hate pigs and always will. For I see them as bad as convicts on shit they do. When a pig sees another pig violate another person’s rights, harass him, beat him and don’t do something to stop the offending pig to me he’s just as dirty. When the pigs got shot up and everyone spoke how bad that was, what came to my mind was shoe just went to the other foot. But society don’t get to worked up when a pig kills one of us.

Prison made me into the person I am. Product of my environment. I can function well and do out here,but that underlinine factor of prison will never go away no matter what I do. No credit history,own a house but can’t barrow a dollar, no medical history, no job history, learn to use smart phone and computer. So much is differant, it’s a system set up for my failure that what society has created . But I won’t fail and I won’t become one of them.

What’s it like to be an unattractive woman in a superficial world?

So, what does it feel like to be an unattractive woman? Like I’ll never be good enough.