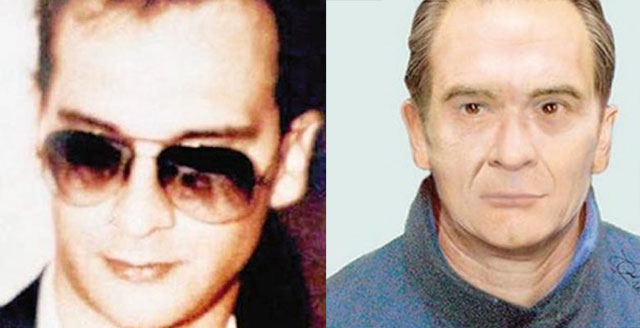 Who is the head of the Sicilian Mafia?

Matteo Messina Denaro is believed to hold the position of “boss of bosses” of the Sicilian Mafia. “Diabolik”, his nickname (after a comic book character), is 55 and has been hiding from law enforcement for 24 years. He’s wanted for dozens of murders. He’s from Castelvetrano, Sicily. Italian law enforcement believes he periodically visits his hometown. (He’s a figurehead. The Sicilian Mafia consists of a multitude of crime families, with a commission or cupola acting as the top governing body. There’s probably no real boss of bosses, a term the public loves. There may be bosses who are more powerful than others due to wealth, alliances, etc. But I believe that smarter, powerful ones know enough to keep their profile low even when they’re attending family events in the safety of their home.)

He avoids using technology, probably the key to his success. Instead he follows “pizzini,” a timeless Sicilian practice that’s simplicity itself. Bits of paper are used to convey written messages. From what I’ve read, Denaro succeeded Salvatore “Toto” Riina, aka The Beast, who died last month in prison in Italy. Serving a multitude of life sentences, Riina started a Mafia war in 1981 that killed between 500 and 1,000 people. As part of Rome’s efforts to end the Mafia War, an army general was appointed to the position of prefect. Riina ordered his murder before the man even began the job.

Do rapists have post-rape clarity?

The short answer is some do, some don’t. I’m a psychology student and in our sexual psychology course we had every week a different sexual deviant came to our class and talked about his life, his paraphilia, what he committed, how the therapy was going etc. It was a really unique and interesting experience.

Anyway, once we had a pathological sexual aggressor there (or I believe the term used in English for this condition is biastophilia), basically a guy for whom raping someone is the only form of a sexual intercourse that’s satisfactory for him. This guy didn’t have any sort of “post-rape clarity”. He was constantly apologetic toward his past actions and downplayed them all the time. He told us about how he despised pedophiles and how raping a child is the most despicable thing to do but when asked how was that supposed to be different from raping an adult woman, he was like: “Nah, an adult woman just gets home, takes a shower, cries for a bit and she’s okay, isn’t she?” Also he truly wasn’t able to understand the feelings of the victims even if he tried, it almost aroused compassion when he desperately described how he struggled with an empathetic letter (a therapeutic technique when the aggressor writes a hypothetical letter to his victim and then writes a hypothetical answer of the victim to him).

On the other hand, the other day a guy with a polymorphic sexual paraphilia (basically multiple paraphilias mixed together when none is predominant) came there and he was altogether different. He mostly did exhibitionism and voyeurism iirc but otherwise commited one sexual attack and just after that, he had such a clarity moment and run away from the crime scene and spent years in depression after that since he believed the woman died there because it was freezing at the time. When he was caught by police years later because of an uncosequential action and his DNA was taken, the police put it together with that case and he was sentenced for it, he was actually overjoyed because he found out the woman survived.

However, if we’re talking about non-pathological population which is responsible for most cases, it depends whether the aggressor realises he committed a rape which is not always the case. If he does, say in a stereotypical but in fact not that common at all “attack on an unknown individual in a dark alley” situation, then such a clarity combined with remorse and guilt just after that is likely rather common before defense mechanisms and rationalisations kick in.

How do interpreters hear the next line while interpreting what was just said?

Years and years of training and they work in pairs. Real time interpreters like in the UN will have one person translating speech to speech in real time, and another taking notes, preparing relevant slides and such to help the active interpreter and they switch off back and forth to get a rest due to the intense mental concentration. The people who do this aren’t just fluent in multiple languages, they have studied years just to translate well, additional years to translate on the fly, and they also spend weeks or days preparing for upcoming sessions by familiarizing themselves with the material to be discussed, and any unfamiliar words.

They also practice when they aren’t working by watching speeches on similar subject matter as they need to practice, and translating in private.

It is a very demanding job especially when diplomacy is at risk. Remember “We will bury you”? It was actually “We will live to see you buried” but nobody is perfect, even experts. It’s just very demanding.

What it’s like working at an animal shelter which has to put animals down?

On a daily basis, we clean up after the animals, feed them, take their pictures, vaccinate, medicate, socialize, etc. For every cute puppy or kitten we adopt out, we usually find ourselves getting two in return. Whether its a stray off the streets, or some heartless chode that decided their dog of 5+ years doesn’t “fit” with their lifestyle anymore. No matter how hard we try, we grow attached. To some, we attach more than others.

Euthanasia is a necessary evil. Space isn’t limitless, and even if it was, who would pay for all of the animals? I’m just sure our fellow Texans are salivating at the thought of increased taxes, especially for taking care of feral cats and breeds that have been labelled violent by a very ignorant public (i.e. pit-bulls).

It doesn’t matter how hard you steel yourself, or how long you’ve been doing the job. You never get used to it, and you never grow completely numb. Imagine getting 12 cats in the span of a single day, and having to pick the 12 that have to die so there is enough room to accommodate them. I’ve stopped eating for days. I’ve cried myself to sleep. I’ve grown very disgusted with my fellow man.

Now on top of all that, imagine doing the job and running into disdainful assholes every single day. People that scoff at your profession as if it’s nothing more than playing dog-catcher. Well-wishers that stand on pedestals moaning about how cruel it all is, but offering nothing more than hot air when it comes to real answers to a very real problem. My personal favorites are the “animal lovers” that fall over themselves to rescue the yorkshire terriers and miniature pinschers that occasionally trickle into the shelter, but never seem to notice the 2+ year old mutt in the adjacent cage that is just as sweet, if not more so than the other dog that has a crowd of willing adopters and a guaranteed ticket out the door. That reminds me, let us not forget about the pool of dimwits that only support no-kill shelters, and continually ask why the municipal shelter you work at isn’t no-kill as if it were as simple as flipping a fucking switch. (Protip: It’s easy to label yourself no-kill when you can pick and choose what comes in, and shut your doors on a whim)

It’s the same in math – finding a solution is hard, verifying it’s correct is easy.

Another example is Sudoku – it’s hard to solve, but checking whether a solution is correct is easy.