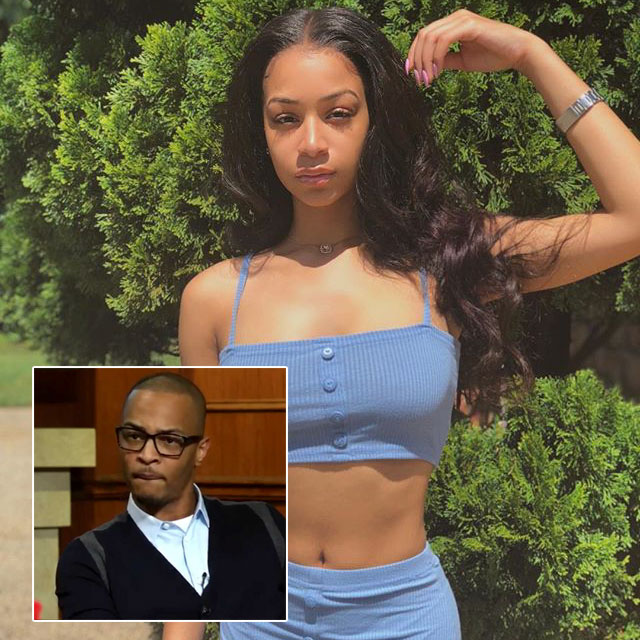 T.I. said in an interview on the Ladies Like Us podcast that he goes with his 18-year-old daughter to the gynecologist each year to “check her hymen” and make sure it’s “still intact.”

The hymen is a small lining of tissue partially covering the vaginal opening that is traditionally thought to break during the first act of vaginal intercourse.

When the hosts asked the rapper if he has had “the sex talk” with his daughters, T.I. responded

"Deyjah is 18, just graduated from high school now and she’s attending her first year of college, figuring it out for herself, and yes, not only have we had the conversation, we have yearly trips to the gynecologist to check her hymen.”

After Deyjah’s 16th birthday party, he said he “put a sticky note” on her door that read, “Gyno. Tomorrow. 9:30.” He then recounted a gynecologist visit.

“So we’ll go and sit down and the doctor will come and talk, and the doctor’s maintaining a high level of professionalism,” T.I. said. “He’s like, ‘Well, you know, sir, I have to, in order to share information’ — I’m like, ‘Deyjah, they want you to sign this, so we can share information. Is there anything you would not want me to know? Oh OK. See, doc? Ain’t no problem.'”

He also said that the gynecologist informed him that the hymen can be broken by means other than sexual intercourse, such as “bike riding, athletics, horseback riding” and other “athletic physical activity.”

He then told the podcast hosts: “I will say, as of her 18th birthday, her hymen is still intact.”