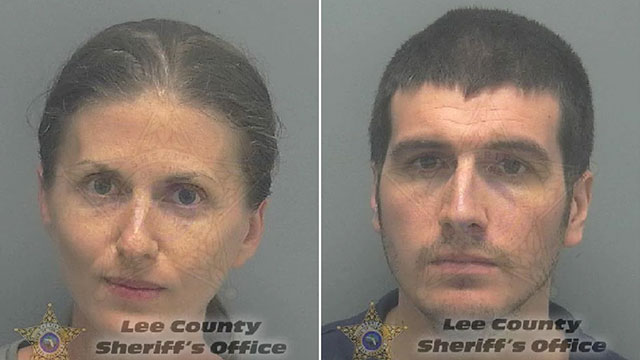 The vegan parents of a toddler have been jailed after they allegedly starved their own child to death by feeding them an entirely raw-plant diet.

According to News-Press, the child died on September 27, in the care of parents Ryan and Sheila O’Leary. Sheila, 30, called 911 after she found the boy cold and not breathing. The couple attempted in vain to resuscitate the 18-month-old child, but paramedics arrived and pronounced the boy dead shortly thereafter.

An autopsy was performed on the body, which determined that the toddler died as a result of malnutrition. The child was severely underweight and exhibited signs of dehydration, microsteatosis of liver and swelling of his hands, feet, and legs.

The 18-month-old toddler weighed just 17 lbs when he died – which is the average weight of a 7-month-old baby.

Sheila told the police that her family is vegan and only eats raw fruits and vegetables. She claimed that the toddler had not eaten solid food in a week and had only been breastfed in the seven days leading up his death.

The O’Leary’s live with three other children in their home in Cape Coral, Florida. Two of them are the children of Ryan, 35, while the other is the child of a different father who allegedly lives in Virginia.

Detectives noticed that Ryan’s two biological children appeared noticeably underweight and skinny, were short for their ages, and also had poor oral health – with one of the children having blackened teeth. However, the older child visits the biological father in Virginia every two months for a few weeks, and has a more balanced diet as a result.

Related: Vegan defends the vegan diet in light of baby dying from a vegan diet (not the same baby that died in this case)