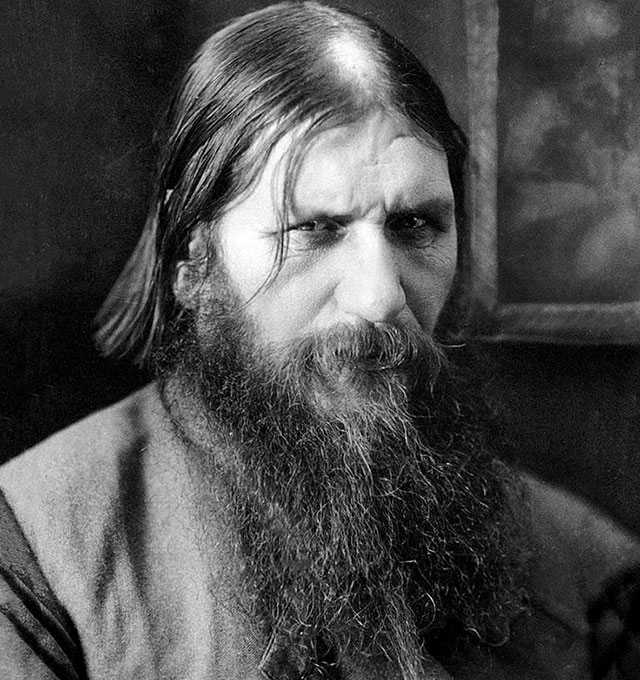 Rasputin was a religious mystic and faith healer. The heir to the Russian thrown had hemophilia, which at the time was poorly understood and potentially very dangerous. Rasputin was able to stop his bleeding, either by using hypnosis or giving him aspirin. This gave him access to the royal family and influence with the Russian Empress.

During WWI Rasputin prophesied that Russian forces would not be victorious until the Emperor personally led them. This did not go well. Rasputin was later assassinated for unclear reason. He famously took a long time to die and survived through several methods of murder.

Yusupov and his accomplices had planned things carefully. The cakes offered to Rasputin had been laced with enough potassium cyanide to slay a monastery full of monks. But Rasputin just kept eating them. Incredulous at the monk’s survival, Prince Yusupov poured madeira into a cyanide-laced wine glass and handed it to Rasputin. Instead of collapsing into unconsciousness within seconds, as would be expected from a massive dose of cyanide, Rasputin continued to sip the wine like a connoisseur. A second lethal glass disappeared into the monk’s mouth with little apparent effect other than some difficulty swallowing. Asked if he was feeling unwell he replied “Yes, my head is heavy and I’ve a burning sensation in my stomach.” A third glass of tainted wine only seemed to revive him. Having ingested their whole stock of cyanide, the group of assassins were somewhat at a loss as to what to do next.

So they shot him.

The bullet appeared to have entered the body near the heart – certain death, or so they thought. But, soon after, Rasputin’s eyes opened and, clearly upset at the turn of events, he attacked Yusupov. There was a ferocious struggle before the prince could free himself and run away up the stairs. Rasputin followed.

The group finally emerged into a courtyard, where four more shots were fired into Rasputin’s body before he slumped to the ground. To make sure they wouldn’t be troubled again, the assassins wrapped and tied the body with a piece of heavy linen, bundled it into a car and drove to Petrovski Island, where it was dropped from a bridge into the frozen river below.