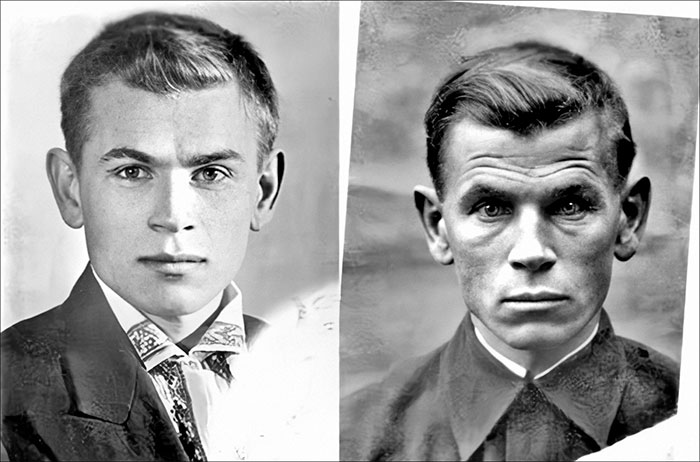 These two pictures are shown side by side in the Andrei Pozdeev museum. The museum caption reads: “(Left) The artist Eugen Stepanovich Kobytev the day he went to the front in 1941. (Right) In 1945 when he returned”. This the human face after four years of war. The first picture looks at you, the second one looks through you.

In 1941 he was a young man ready to start his creative life as an artist when Germany attacked the Soviet Union and he had to join the Army. Four years later, the difference in his face is striking. A thin and tired face, deep wrinkles, a troubled stare, this man was completely changed after witnessing 4 years of a no-rule war in the Eastern Front.