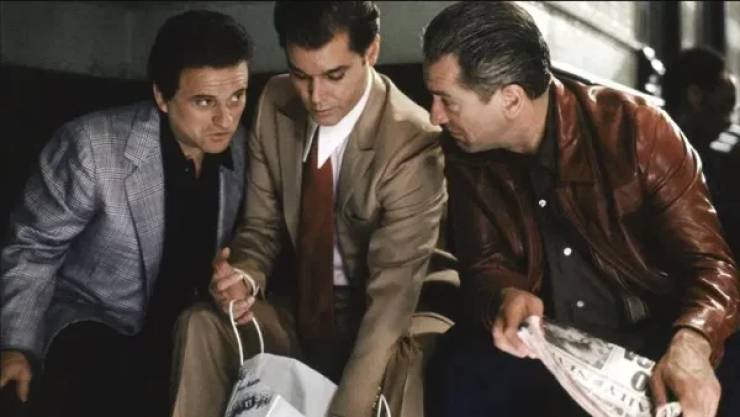 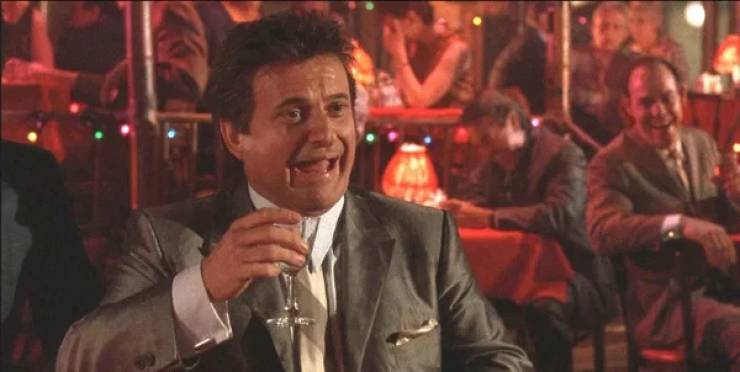 According to Henry Hill, whose life was the basis for the book and film, Joe Pesci’s portrayal of Tommy DeSimone was 90-99% accurate, with one notable exception; the real Tommy DeSimone was massively built and stood over 6 feet tall. 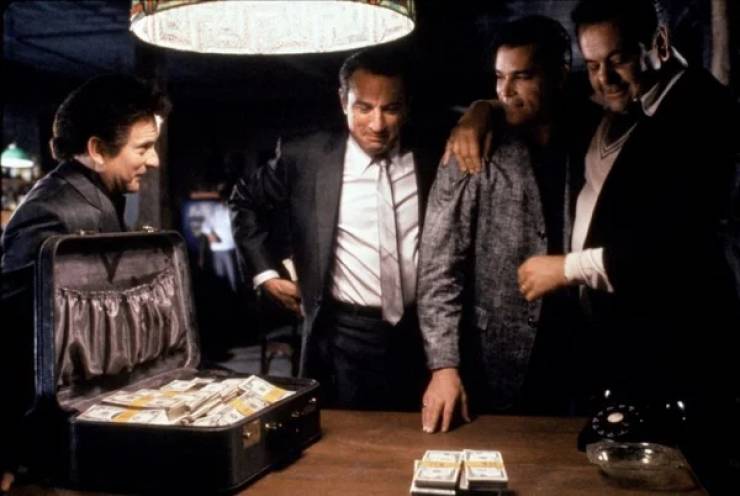 Robert De Niro wanted to use real money for the scene where Jimmy hands out money, because he didn’t like the way fake money felt in his hands. The prop master gave De Niro $5,000 of his own money. At the end of each take, no one was allowed to leave the set until all the money was returned and counted. 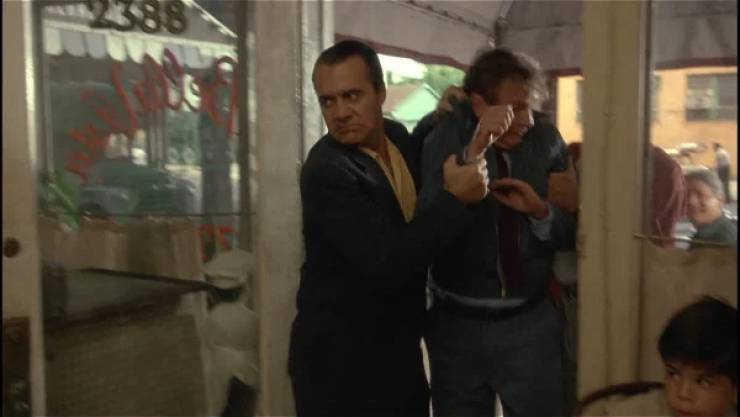 Actual mobsters were hired as extras to lend authenticity to scenes. The mobsters gave Warner Bros. fake Social Security numbers, and no one knows how they received their paychecks. 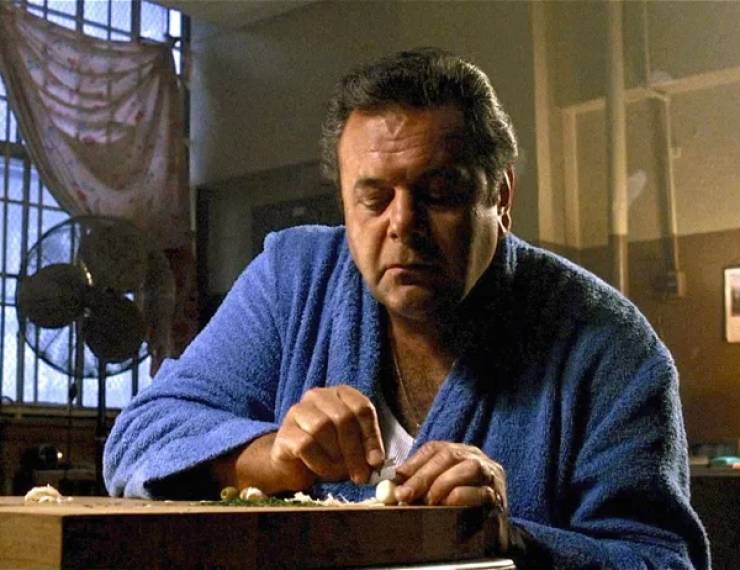 The film has 43 songs, the equivalent of about four albums. According to music editor Christopher Brooks, Martin Scorsese had thought about all the songs and where they would appear “three years before he shot the film.” 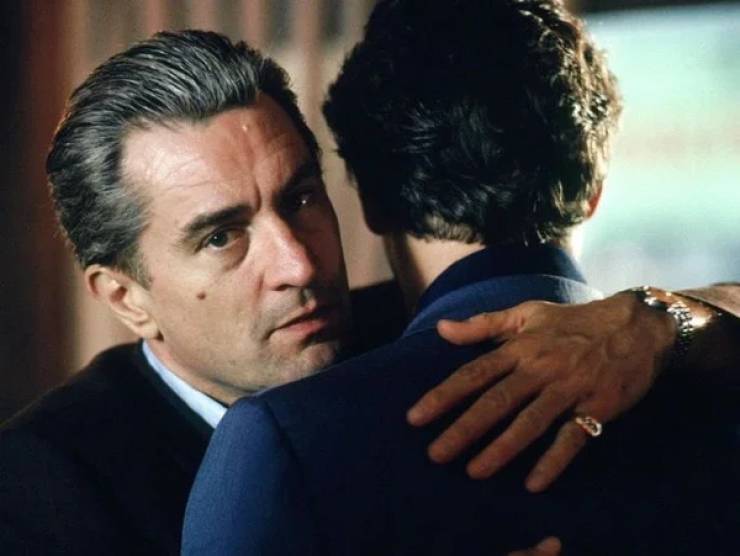 Every one of Robert De Niro’s outfits had a watch and a pinkie ring to go with it. 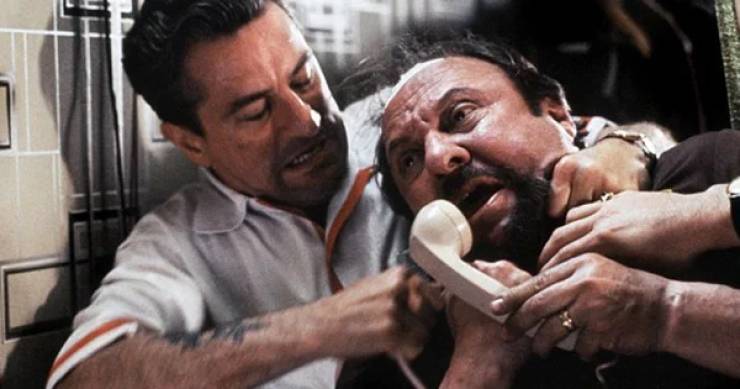 The studio was initially very nervous about the film, due to its extreme violence and language. The film reportedly received the worst preview response in the studio’s history. Martin Scorsese said that “the numbers were so low, it was funny.” 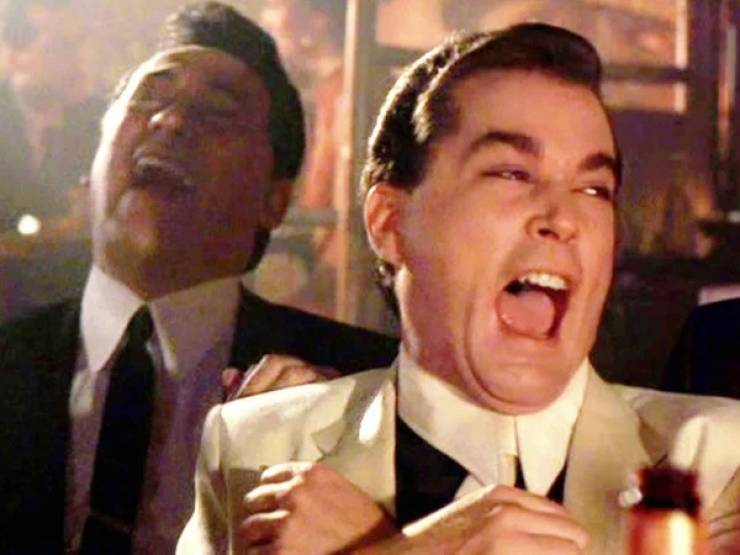 Martin Scorsese was so involved in every detail of the cast’s wardrobe that he tied Liotta’s tie himself to make sure it was accurate for the film’s setting. 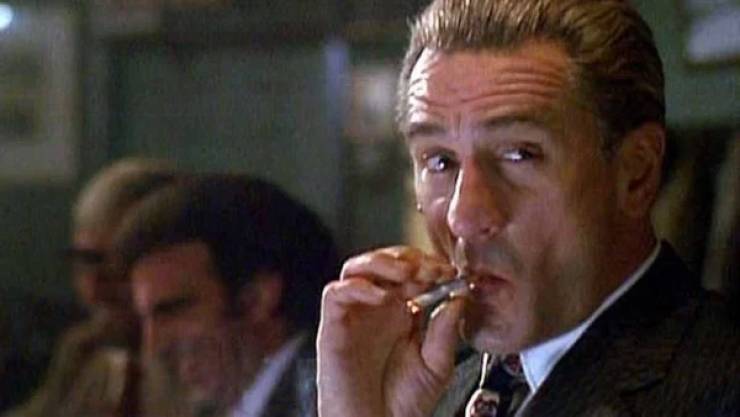 Henry Hill claimed that Robert De Niro would phone him seven to eight times a day to discuss certain things about Jimmy’s character, such as how Jimmy would hold his cigarette.

The “How am I funny?” scene is based on something that actually happened to Joe Pesci. While working in a restaurant, a young Pesci apparently told a mobster that he was funny, a compliment that was met with a less-than-enthusiastic response. Pesci relayed the anecdote to Martin Scorsese, who decided to include it in the film. Scorsese didn’t include the scene in the shooting script, so that Pesci and Ray Liotta’s interactions would elicit genuinely surprised reactions from the supporting cast. Al Pacino was offered the role of Jimmy Conway. He turned it down due to fears of typecasting. The same year, Pacino ended up playing an even more stereotyped gangster, Big Boy Caprice, in Dick Tracy (1990). He admits regretting the decision. 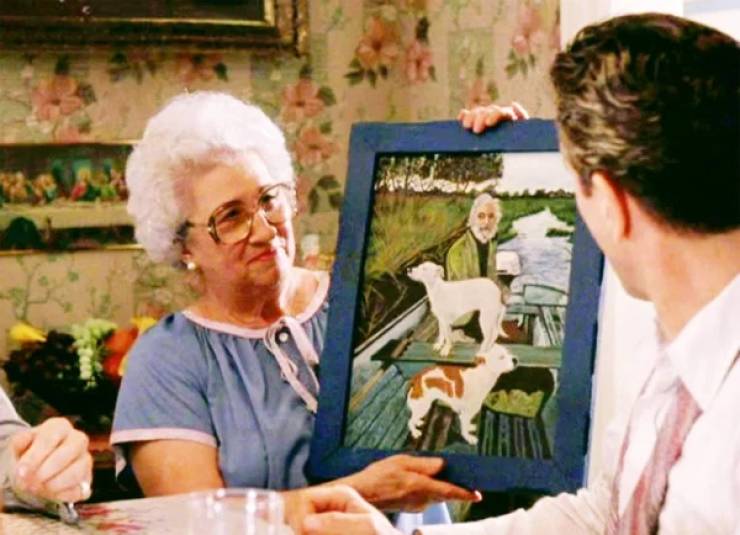 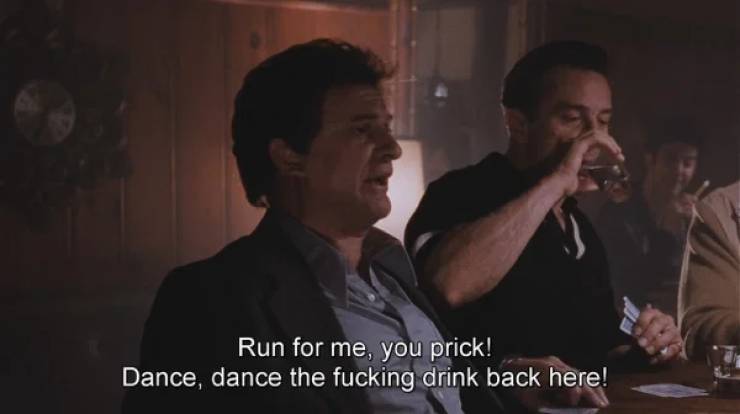 “[email protected]#k” and its derivatives are used 321 times, an average of 2.04 per minute. Joe Pesci says about half of them. The script called for the word to be used 70 times, but much of the dialogue was improvised during shooting, and the expletives piled up. At the time of the films’ release, it had the most profanity of any movie in history. As of 2020, it’s #15; The Wolf of Wall Street (2013), also directed by Martin Scorsese, is #3. 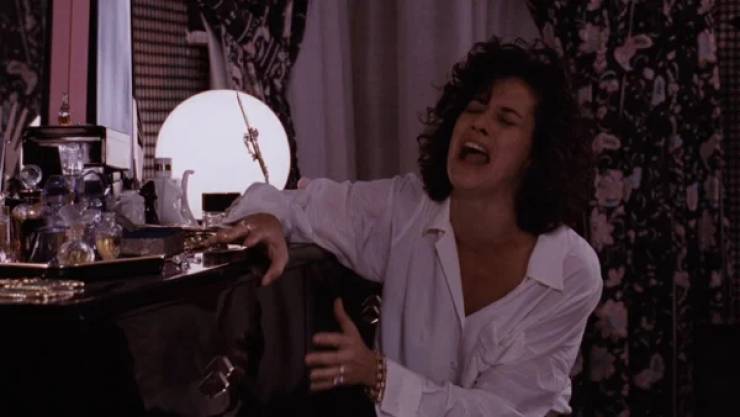 According to Joe Pesci, improvisation and ad-libbing came out of rehearsals, where Martin Scorsese let the cast do whatever they wanted. He made transcripts of these sessions, took the lines that he liked best, and put them into a revised script, which the cast worked from during principal photography. 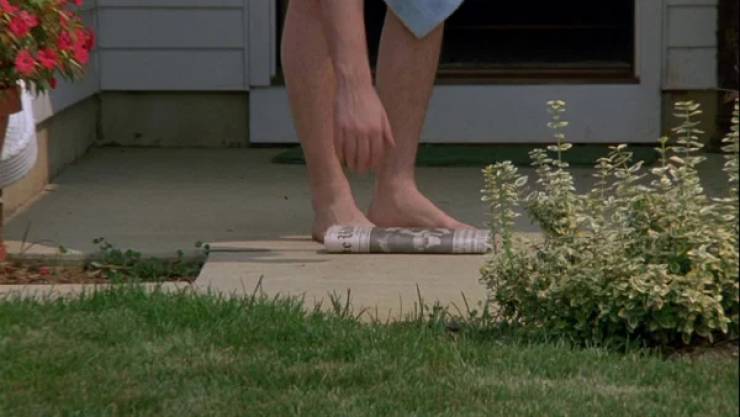 During one of the final scenes, Henry Hill opens his front door and picks up a newspaper. Close inspection reveals that the newspaper is the Youngstown Vindicator. Martin Scorsese included it as an homage to Youngstown, Ohio, which has been called “Mobtown, USA”.

Joe Pesci’s Oscar acceptance speech is the sixth shortest in the Academy’s history, “it’s my privilege, thank you.” Pesci later admitted that he didn’t say very much, because he genuinely felt that he didn’t have a chance of winning.

According to Debi Mazar, when her character trips after meeting Henry, it was actually Mazar tripping over the camera dolly track. Martin Scorsese liked it, because it looked like she was overwhelmed by Henry, and left it in the film. 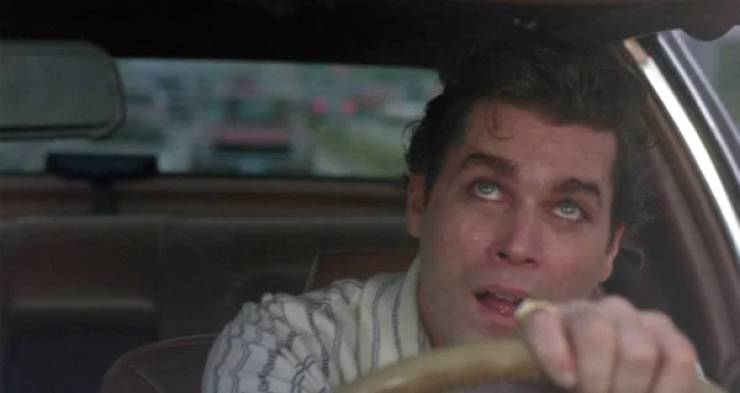 Henry’s last day as a wiseguy was the hardest part of the film for Martin Scorsese to shoot. He wanted to properly show Henry’s anxiety, paranoia, and racing thoughts caused by cocaine and amphetamine intoxication. Ray Liotta had never been under the influence of those drugs, and found it difficult to accurately portray.