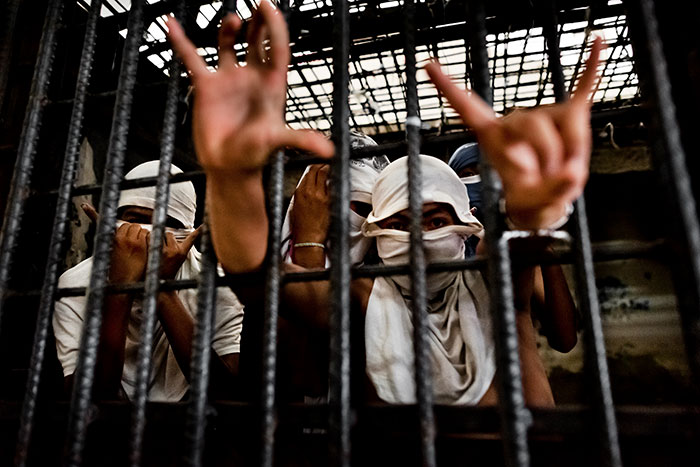 The Mara Salvatrucha or MS-13 is one of the most notorious and prolific street gangs in America and perhaps the Western world. To know the gang, their status and their rivals you need to know a bit more about their history and what made them who they are today.

While the average mostly thinks that MS-13 is simply a loosely organized street gang that deals in murder and drug trafficking, in actuality they are a multinational criminal organization that spans much of North and Central America as well as having reach as far as Europe.

The gang itself operates on the basis of strong social bonds and extortion to control areas. This is done partly by connecting with local neighbors and businesses and establishing a notable presence. Their connections to the communities they operate in give them a strong and sizable foothold in many areas. They maintain fierce control through violence against rivals and even their own, which has led to them having a dominant position in the gang landscape.

They are officially listed as a “transnational criminal organization” and are considered one of the largest continuously operational gang operations in the world. Primarily they operate on the business of territorial extortion drug trafficking and illegal club ownership. They have been known to take small part in larger international crimes such as sex and human trafficking as well as international drug smuggling.

The largest part of their operation is now based in what is known as The Northern Triangle, the countries of Honduras, El Salvador and Guatemala in Central America This is where much of their membership now lies.

The gang is unique in that they have organized leaders similar to that of the Mexican Mafia and organized crime families, but they do not all operate under the direct control of a single leader. Many groups are left to work autonomously and simply share the code of conduct that has been passed down throughout the history of the gang.

MS-13 has members and alliances in a large part of the world and has operations in North and Central America.

While their actual size is difficult to judge, the modern day incarnation of MS-13 is going into its second generation This means that entire families and neighborhoods have now grown up in the fold of the gang. In terms of relative control, they are estimated to have upwards of 70,000 members in the Northern Triangle with much of that membership coming from local communities under their control.

However, beyond the bulk of their numbers in the Northern Triangle, they also have a good deal of territorial and political control. Many attempts at subjugating the gang have led to the opposite effect. With gang leaders taking over territory and turning the populace against local leaders. In some cases they have managed to wrest political control away from local politicians and into the hands of the gang itself.

Their crimes in controlled areas focus on petty drug dealing, extortion and manipulation of public businesses. This gives them a broad base of support in the youth community, particularly those that were disenfranchised by governmental policies that cracked down on first offenders and those with minor criminal history. Particularly in El Salvador where it is thought that MS-13 actively has agents in the government and the support of the majority governing party.

Expansion In The United States

Thanks to prison releases and lax political strategy MS-13 has seen rising numbers in the United States as well, particularly in the Southwest and places like Washington D.C. and New York. Their overall numbers in the United States are difficult to track but it is widely considered that MS-13 is the most active criminal organization in the country.

The primary rivals of MS-13 are Barrio 18, more commonly known as the 18th Street Gang. Both gangs have similar memberships and similar origins and in terms of sizable competition, Barrio 18 is nearly on par with MS-13. Apart from the primary rivalry with Barrio 18, they have forged a subservient alliance, with La eMe or The Mexican Mafia, while this isn’t a rivalry, MS-13 serves a clear second class role to La eMe and have known to conflict with them.

The 18th Street Gang was formed in Los Angeles in the 1960’s and began as a small gang operation mostly running the streets in the harbor district between 18th Street and Union Avenue. They quickly expanded throughout Southern California in the 1970’s and 80’s due to their open recruitment policy regarding members who were not Latino in origin. It is estimated that Barrio 18 operates in more than a dozen states in the United States with upwards of 50,000 members.

Their international interests include ties to the Mexican Mafia, La eMe as well as various smaller splinter groups primarily concentrated in the Northern Triangle Region.

Part of the conflict with the Mexican Mafia for MS-13 is that they have ties to various other groups, including the MS-13’s primary rivals, Barrio 18, this puts MS-13 in a purely secondary role with La eMe and makes them uneasy allies at best.

Origins and History of Conflict With Barrio 18

MS-13 began feuding with Barrio 18 in the 1990’s in Los Angeles, primarily due to territorial disputes. Due to the similar nature of their operations, much of each group’s criminal enterprises come into conflict with one another and lead to violent disputes. The conflicts are said to be so severe that in prison, members of each group have to be housed separately.

This has carried over to activities and splinter groups located in the Northern Triangle where the rules and membership of both groups have changed in recent years. The conflict between the two groups in these areas has become some of the most violent in the world and has led to the entire region being labelled as the “most dangerous region on Earth that is not presently at war”. The feud continues to this day.

That is the up to date history and origins of MS-13 as well as the current status of conflict between their primary rivals the 18th Street Gang “Barrio 18”.