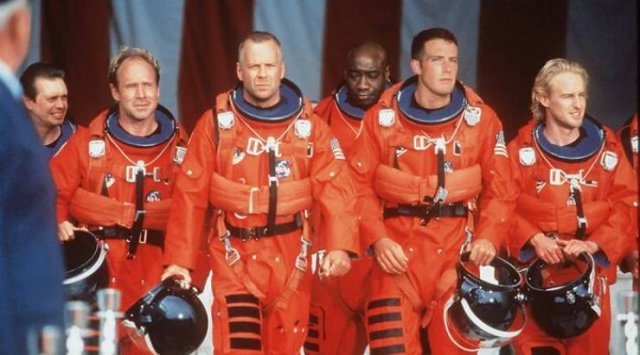 “Why Did Nasa Train Oil Drillers How To Be Astronauts When They Could’ve Just Trained Astronauts To Drill Oil In Armageddon (1998)?”

“Except that NASA and other space agencies do this all the time; they’re called mission specialists and they have specialized training in some field the flight crew doesn’t. They don’t get taught how to fly the ship, just how not to die in space.

Also, for the record, drilling for oil — or any kind of deep core geological work — is extremely specialized, and most of the people in the positions the team of drillers in Armageddon were in have a lot of letters behind their names.” 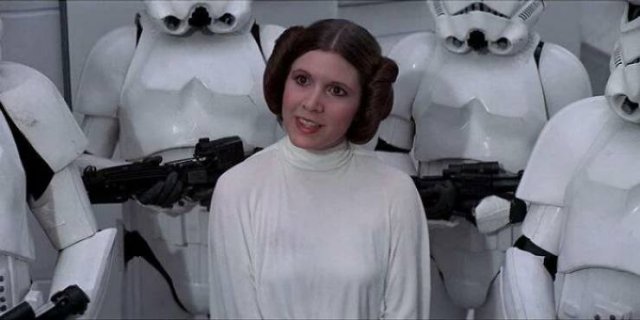 “Why Didn’t Vader Sense That Leia Was His Daughter In Star Wars: A New Hope (Episode Iv) 1977?”

“Vader didn’t sense that Luke was his son either. He thought Padme had a miscarriage. He only knows Luke is his son when Palpatine flat out tells him.”

How Could Monica Afford A 2 Bedroom Apartment In NYC??? In Friends. It’s So Unrealistic!”

“She specifically says, on the first episode, that the apartment is rent controlled, and if anyone asks, she’s an 80 year old lady.” 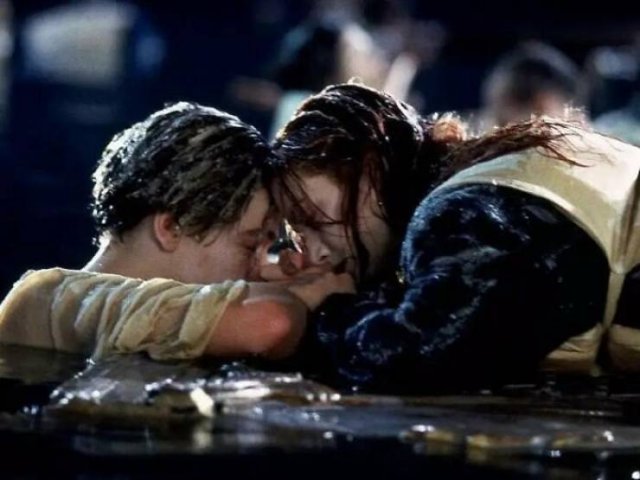 “Why Didn’t Jack And Rose Just Share The Big Door In Titanic (1997) When They Could’ve Both Fit?”

“Jack and Rose could not have both gotten onto the door. They even showed Jack trying to climb up and the whole thing capsizing.”

“Why Didn’t They Just Fly The Eagles To Mordor In The Lord Of The Rings Trilogy?”

“Well, maybe that tower with the giant demonic eye could see them coming miles away and order an army of Orcs to shoot them down, just off the top of my head. “ 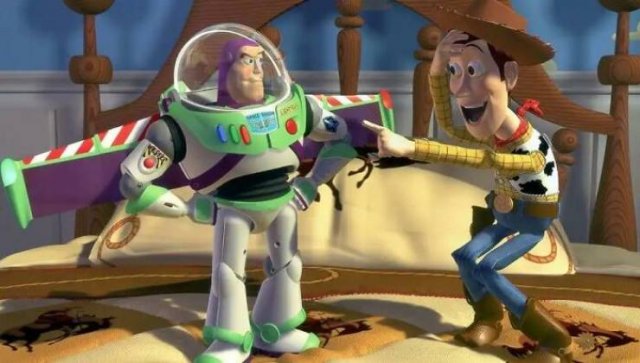 “If Buzz Lightyear Doesn’t Think He’s A Toy, Why Does He Freeze Up When Humans Are Around In Toy Story (1995)?”

“Because he’s on an alien planet and that’s what everyone else does when these giants walk into the room. He needs to blend in.

It also might just be an instinct all toys have. You can’t exactly have toys not holding still just because they don’t consciously know any better.”

“How Was Kylo Ren (Who Had Trained For Years With A Lightsaber) So Easily Defeated By Rey (Who Only Held A Lightsaber For A Few Minutes) In Star Wars: The Force Awakens (2015)?”

“Kylo had, in the past 10 minutes, killed his father, been shot in the leg by a weapon that being shot by a normal person had previously been demonstrated to be the equivalent to being hit by a car, and had taken a lightsaber hit from Finn (who he had been merely toying with and ended the fight as soon as he took a hit). On top of all of this, he wasn’t even trying to kill Rey and was trying to recruit her. Yet even after all of those things being clearly demonstrated just moments before, fans still insist that either he’s weak or that Rey is overpowered for beating him.”

“Why Didn’t Thanos Just Create More Resources Instead Of Killing Half Of Life On Every Planet In Avengers: Infinity War (2018)?”

“Is there not a scene explaining that he’d had the genocide idea for a long time, but was rejected and considered crazy by his people? I think the implication is that, deep down, Thanos wanted to kill half of all life so he could say “I told you so.”” 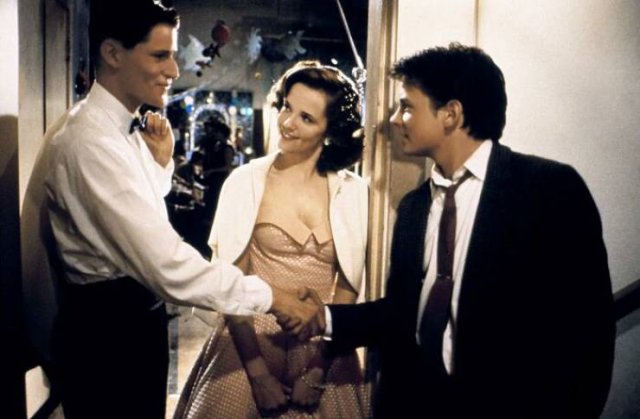 “Why Don’t Marty’s Parents Realize They’d Met Their Own Son/Remember What He Looked Like In Back To The Future (1985)?”

“They knew him for a week over 20 years before he would look like that. And the only people he saw on a regular basis in that week were Doc, who knew, and Lorraine, who would be eager to forget a silly teenage crush she had just before meeting her soulmate.” 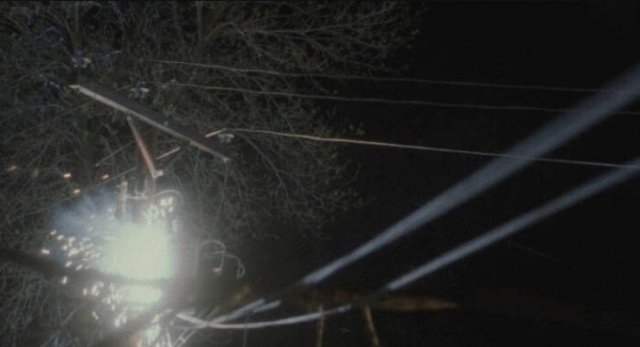 “Phone line was cut from the falling trees.” 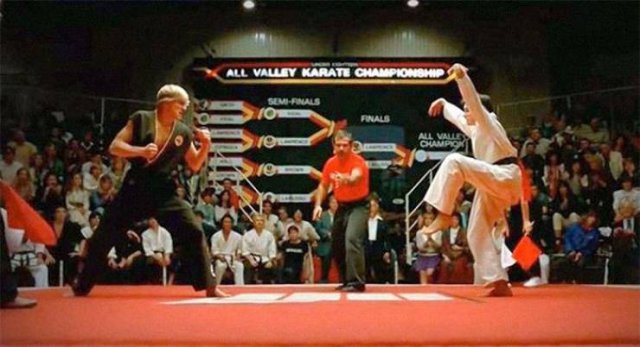 “Why Was Daniel Allowed To Do The Crane Kick In The Karate Kid (1984) When It’s Clearly Illegal?” 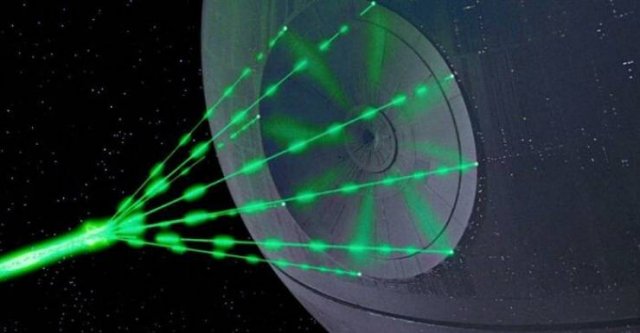 “Why Does The Death Star Have Such A Stupid Weakness Of An Exhaust Port?”

“Cooling things in space is difficult as heat needs somewhere to go. An exhaust vent is a perfectly reasonable thing to have station is the size of a small moon that’s obviously going to generate a lot of heat and other such things that needs to be vented. The movie also outright tells us that this is not the only exhaust vent the station has. In the briefing scene it mentions there are multiple exhaust vents, it wasn’t a single vent.

The Rebel pilot also complain about the 2m wide port being too small to hit. Their first torpedoes are unsuccessful even with the targeting computers, it’s only Luke using the force to time when to fire that works, so it is not some huge glaring unnecessary weakness. It’s an integral part of a giant space station that even skilled pilots with computer-targeting couldn’t hit, it wasn’t some significant weakness in the first place.

As part of that, there’s the “Rogue One explains the weakness!” thing. No, it doesn’t explain the exhaust port – the weakness added by Galen Erso is that the reactor when hit will cause a chain reaction. That specific exhaust port is just identified as the most appropriate one to use. 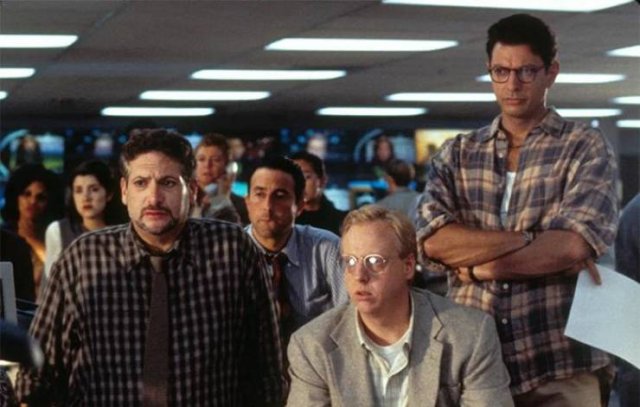 “How Does A Human-Made Virus Work On Alien-Made Technology In Independence Day (1996)?”

“Everyone jokes about the alien mothership not having anti-virus, but why would they? They’re a hivemind species that communicates telepathically, and they seem to have an extremely high level of social cohesion. Computer viruses aren’t like actual viruses. They’re not naturally occurring; humans created them because humans are malicious towards each other. It’s entirely possible an alien species that uses telepathy to communicate wouldn’t even conceiver of such a thing, and it doesn’t seem likely that any of the species they’ve faced thus far have given them reason to consider it. Plus, even if they did have such defenses, at that point Jeff Goldblum has a direct hardline connection anyway.” 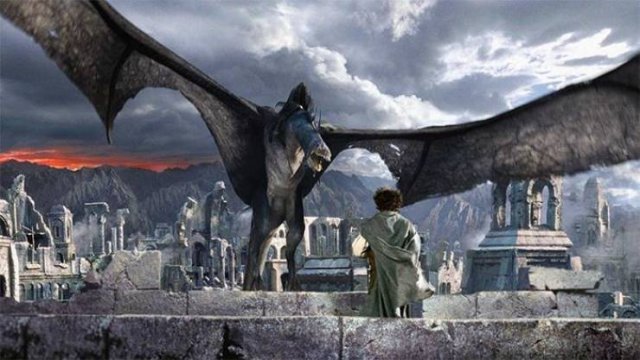 “Sauron has flying things, too. And a bunch of giant eagles probably wouldn’t go unnoticed and just gotten torn and/or shot out of the sky and the crash site thoroughly investigated.

(And yeah, if you’ve read the books, you know the eagles are sentient and probably would have refused. But I also get that’s not obvious in the movies. So I try to confine myself to the films when talking with someone who’s only seen the films.)”