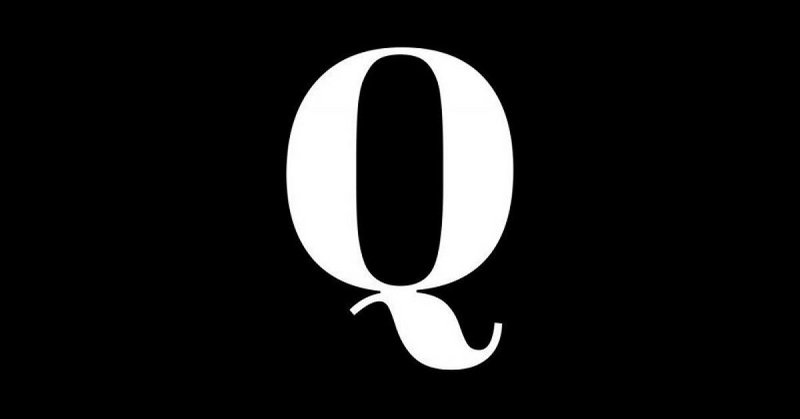 How did you get in to Q in the first place?

I had been DEEP into conspiracy for about 8 years. Had very recently been down the ufo paranormal rabbit hole so when Q really took off midterm for trump I “did my research” and fell right into it.

Do you mind describing what you thought research was and how you’d go about doing it?

Oh research is just going down rabbit hole links and back alley corners of the net. Let’s not kid ourselves and think it’s anything fancy. Unfortunately an ignorance of the world and overconfidence in one’s own critical thinking leads to believing in stupid shit

Did being part of Q make you feel important? Like did you have a small group of other Q’s you talked to that you considered friends so you felt needed and that it was important to figure out “the truth” with your community, like you were apart of something

Oh absolutely! I totally got a massive ego boost out of it. Come to think of it, Q would often stroke our egos, saying in his posts that we were humanities last hope, his autistic cyber soldiers. What idiots.

Did you slowly decide that you didn’t believe it, or was it a quick process? What do you think helped you get out?

It was a gradual dawning after I realized many of my Qultist friends had no idea how computers operate. It’s NOT easy realizing you’ve been conned, been a rube, been taken in. I had recently been questioning lifelong fundamental Christianity, so I’d been in the mood to question my beliefs including my cherished conspiracy theories

What was your epiphany?

Honestly? It was a couple of posts made by Q on the chans that seemed highly suspicious because of how ignorant they were of technology. Q posts often had weird syntaxe as a kind of co

One morning Q claimed to have shut down 7 FBI super computers (named after the seven dwarves no less) via satellite hacking and all the rabid fans ate it up, claiming that “their internet was running a little bit faster)

alarm bells went off in my head because, come on, that’s not how any of this works. Using elementary school syntax form To SpeLl a [[Secret Code ]] felt fishy, and claiming your email in rural Montana loaded faster because seven super computers got shut down by remote hacking was a bridge too far for me. I realized that most of the Q believers I had seen were Boomers with no idea how technology works or people my age with no idea how computers operate. That day, I Googled Q Anon Debunked and got out.

You said you googled ‘qanon debunked’ to get out. did you do research on it before, or why didn’t you?

When I Googled that it was with a lens critical of my own beliefs. The reason I fell for pizzagate et all was because I was critical of other people’s beliefs. And I was a fucking idiot, ngl. I think most people in conspiracy theories have poor critical thinking skills. I’m a huge fan of skepticism post Conspiracy theory shit

Do Qanon believers believe everything that’s posted on there? What if some posts contradict each other?

Yeah seems like they swallow everything. See like a lot of cults, it’s a prophet complex. Once you Buy In to the overall idea, you’re less likely to question when two things don’t add up, or to cover for own belief you justify and defend the flaw.

Oh it’s gullibility and lack of knowledge of how tech works. That’s why so many boomers fall for it.

Would mind explaining the need to constantly speak about your beliefs and bringing them up even when it’s destroying relationships?

When people are in a cult and convinced they have THE TRUTH about life the universe and everything they often feel the need to save others by spreading their ideas. So it can come from a sort of compassionate zeal, and yes that was me though I was pretty bad at it.

The phrase “I did/have done my research” is so frustrating to read from conspiracy theorists. Is this a phrase that’s echoed on message boards, encouraged for people in these communities to use? Do they actually believe that YouTube videos and random internet holes qualify as “research”? In your experience, what kind of critical thinking skills do people in these communities possess?

Yes they use the phrase unironically. Yes they are over confident. It stems from a distrust of authority as do sooo many cults and theories. In my experience, very little.

How does one end up taking an anonymous post that seriously in the first place?

I did drop it all at once. Yeah. It was massively humbling to realize I’d been a sucker. I think a huge part of the problem was growing up fundamentalist Christian. Theories about evil evolution, science denial and The End of The world rapture return of Christ stuff is all pretty crazy too. There’s a strong link between the two

How did your fellow conspiracy theorists react to your change?

When I quit, about two years ago, I was so embarrassed I didn’t really make any public statements. My fellow conspiracy nuts were all online though, as thankfully nobody in my family believed it at the time.

Did anyone accuse you of treason, calling you a “government plant” or a “compromised asset” who was secretly sent to infiltrate and destroy their “movement?”

Haha no. If I’d been more vocal about leaving it might have happened. Everything must fit into the jigsaw worldview narrative

Do you think Qanon will become a global problem for democracies?

I have been ex Q for a couple years. When I found out how much crazier shit the theory has gotten I was blown away bc when I left I was certain it would be all over soon.

At this point the problem isn’t Q, it’s gullible people who lack critical thinking skills and gain a massive ego boost in thinking they have secret in that the sheeple don’t know. So who knows?

What do the rest of us get wrong about Qanon supporters? I think when people like you are open about this type of stuff we tend to ask questions that confirm or reaffirm our assumptions but what are the rest of us missing that enables Q to connect with so many people , anything you can think of?

Great Q. Pun intended. Uh, well I’m not anymore, but even when I was a Qtip and Trump supporter I personally was not a racist white supremacist, and not all Trumpers are. Although I also tend to think that maybe those people just left the movement.

How do you feel about these other conspiracies now that you’ve debunked Q? Still want to believe or sworn them all off?

I left it all behind when Q fell. Life is full of enough wonder and magic that I don’t need to entertain myself with aliens and ghosts

What steps are you taking to ensure you don’t fall for another conspiracy theory?

Having some fucking worldview humility. The problem with fundamentalist religions, cults, and conspiracy theories is they all demonize doubt and are all so absolutely certain that they have the total truth of reality figured out. I hold my beliefs much more humbly now, I acknowledge that I could be wrong.

I read more widely and expose myself to the ideas of others, so that I don’t end up in an echo chamber.

How can we, the family members taken advantage by this whole Q thing infiltrate them and steer them, away from the hella dangerous stuff?

Hmm. I’m honestly not sure I’m much help here, sadly. I had to rescue myself from the madness. I don’t think anyone at the time who tried to deconvert me would have succeeded. When into the conspiracy stuff I tried constantly to convince friends and family and it never worked. When I was out I couldn’t deconvert people. It is never easy to change someone’s mind.

Maybe start by asking them if they have any doubts about Q or if anything in the movement doesn’t make sense? Or better, ask them what conspiracy theories they don’t buy. Love Q but think flat earths are flat heads? Explore with them how their reviled conspiracy theory is obviously fake and maybe that will flex the critical thinking part of their brain that has atrophied.

How has your life improved or devolved since then just based on Q beliefs or lack thereof alone?

People don’t realize how Fucking Scary life is when you think about the world is being run by a cabal of evil demon possessed overlords intent on destroying your way of life. I was always in a dark anxious mood. Now I’m so much happier.

I no longer think the world is run by evil mastermind villains. I realize it’s run by idiots. 😉

Did you have a significant other through any part of the eight years and now? Did they share any beliefs, if so?

I tried to convince my long suffering wife of this, pizzagate, aliens, big foot, Yada Yada. She mostly said that’s nice honey and went back to her crossword. God I don’t deserve her sticking with me.

Now that you’re out of it, what would you say to those still deep in baseless conspiracy, Q or otherwise?