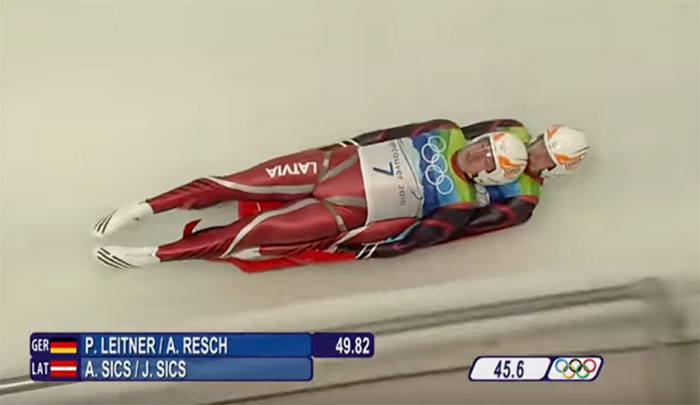 Nothing captivates a man’s attention quite like people throwing their bodies around in sweat-inducing fashion to win something. Doesn’t matter if we’re sitting across from the hottest girl in the bar—if there’s Division III women’s water polo playing on a screen behind her, we’ll have trouble maintaining eye contact. But not every endeavor calling itself a sport is worthy of that label—and the media exposure, fan admiration, and potential glory that come with it. Telltale signs? The activity’s top competitors are nutjobs, pantywaists, or schlubs. It’s a hyped-up version of something kids play in the backyard. And there’s no way to participate in it without looking absolutely ridiculous. That’s why the following 10 “sports” need to be taken behind the woodshed and beaten to a pulp by some real, actual jocks.

Originally played on frozen ponds and marshes in 16th century Scotland, curling involves four-person teams sliding 40-pound stones across ice toward a big round target in an effort to get their stones closer to the bull’s eye than their opponent’s. As of 1998, you can win an Olympic medal for doing this. Which is just fine, except that controlling the stone means sweeping in front of it to reduce friction. That’s right, one of the major pieces of equipment is a broom. The pros, who uniform their eighth-grade science teacher physiques in polos and slacks, embrace a tradition of actually giving up mid-match if they don’t think they can win. And in Canada, where curling is hugely popular, fans proudly refer to it as “chess on ice.” Gee, that doesn’t sound boring at all. 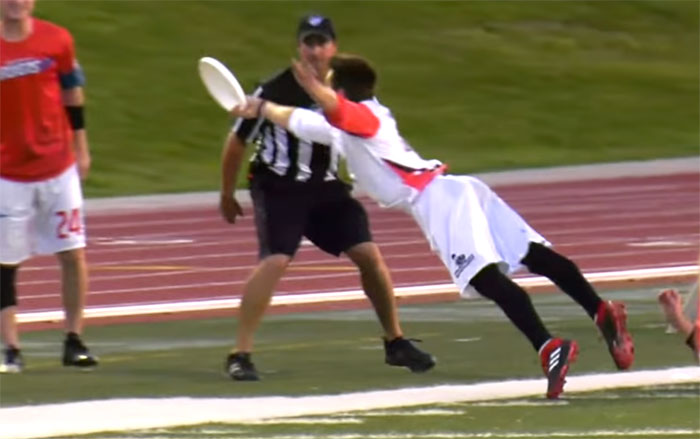 If there was one hint the ’70s were going to suck, it may have been those New Jersey high school kids adding boundary lines and rules to a perfectly innocent Frisbee toss in the spring of ’69. That was the dawn of Ultimate, a game that’s just like football—minus the helmets, the hitting, the cheerleaders and, oh, everything else that makes football cool. Instead, unsuspecting college campuses and public parks find their quads and fields overrun with gangs of last-picked-in-gym-class goofballs chasing a $20 piece of plastic while making sure no one gets hurt. According to the Ultimate Players Association bylaws, “Such actions as taunting opposing players, dangerous aggression, belligerent intimidation, intentional infractions, or other ‘win-at-all-costs’ behavior are contrary to the Spirit of the Game and must be avoided by all players.” Jeebus. Needless to say, we really don’t mind that Sasquatch broke the rules in the video above. 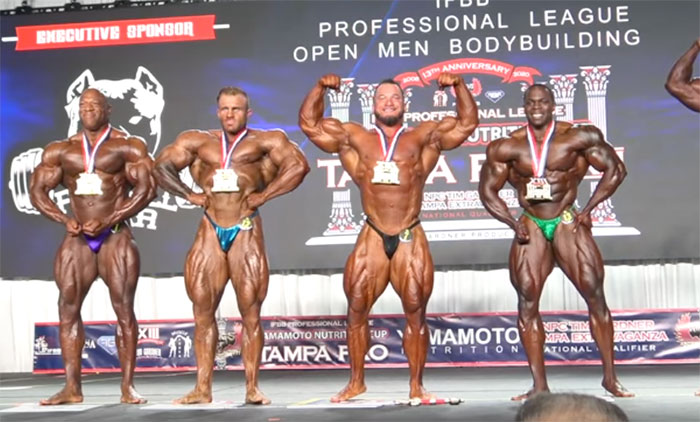 Yes, it was Arnold Schwarzenegger’s route to fame and fortune. Yes, most chicks dig a guy with some muscle. And yes, when bodybuilding pioneer Eugen Sandow staged the first contest in London in 1901, one judge was Sherlock Holmes creator Sir Arthur Conan Doyle. But we’re still talking about an activity that requires devoting your life to lifting weights, eating vast amounts of food, and using dangerous quantities of performance-enhancing, um, supplements. Then, rather than, say, kicking the crap out of people on some sort of field, you remove all your body hair, strip down to a Speedo, and apply a bunch of fake tanner and baby oil to prepare for the awesome challenge of… flexing for a crowd. Sorry, Arnie, but wethinks this sorry excuse for a sport should be terminated. 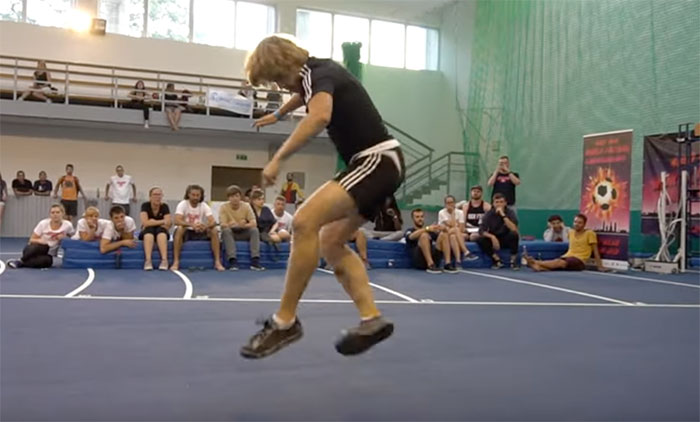 It may seem confined to dreadlocked jokers hacking a sack outside the 7-11 while subconsciously pleading for women to stop and marvel, but it’s much more serious than that. After Oregon dudes John Stalberger and Mike Marshall invented the thing in 1972, the International Footbag Player’s Association began holding world championships—where competitors perform routines set to music—in 1979. They even have their own Lance Armstrong, six-time winner Vaclav Klouda of the Czech Republic, and world records, like Tricia George and Gary Lautt juggling for 20 hours and 34 minutes. Which just leaves us wondering, Isn’t this a lot of fuss over people trying to look cool while kicking a glorified beanbag? 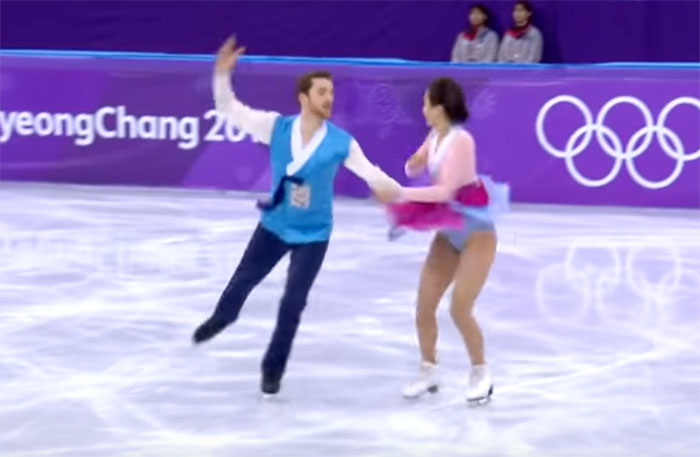 It’s been an Olympic sport since 1976, but 2006 silver medalist Tanith Belbin’s hotness aside, “ballroom dancing on ice” is basically just sucky figure skating. It’s illegal to jump or demonstrate “obvious feats of strength” like overhead lifts, the skaters wear ultra-cheesy costumes and grins, and there’s actually a move called the “twizzle.” And yet this event lurked behind one of the Olympics’ biggest scandals. At the 2002 Salt Lake City Games, French figure skating judge Marie-Reine Le Gougne revealed that her skating federation’s president, Didier Gailhaguet, had pressured her into handing a Russian pair the gold medal—in the hope of winning Russia’s support for France’s ice dancing team! Said another judge: “The French have been trying to figure out how to win in ice dancing. I know Gailhaguet has been working for those votes.” Apparently, no one told him that ice dancing totally blows.

There can be no debate that competing in luge, which involves barreling down an icy track at up to 80 miles per hour, takes serious stones. But what weirdo’s idea was it to have one guy in a skintight suit mount another and do the same thing? Nobody knows, though Canadian luge official Doug Maybee once theorized that, after four or five beers, one luger turned to another and said, “Hey dude, get on top of me.” Coed teams are legal, but only all-male teams actually compete, with the bigger guy riding on top to reduce wind resistance. Could this possibly be more homoerotic? As anyone who caught Today Show hosts Matt Lauer and Al Roker squealing like schoolgirls when they tried it out in Torino a couple years ago knows, there’s no debating the answer to that, either. 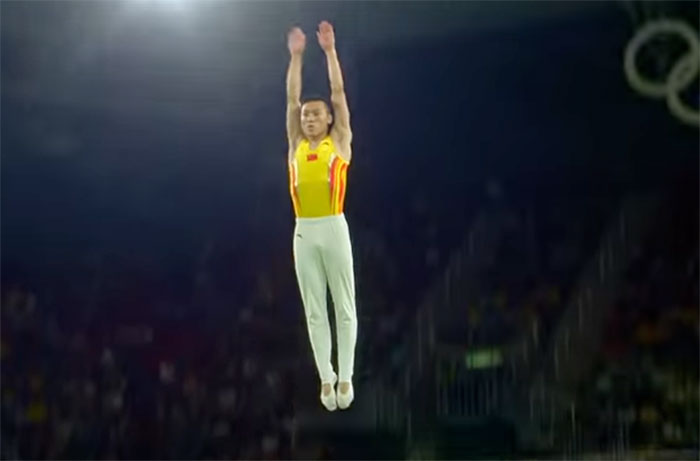 Kids hopping in the neighbor’s backyard? Fun. Awesome. People winning medals for leaping in leotards? Horse crap. But since 2000, trampoline—invented by Iowan George Nissen in 1936, the name comes from the Spanish word for diving board—has indeed held this status, as part of gymnastics. So it’s considered equal to the pommel horse and rings, which require actual strength, and more sporting than karate and rugby, which have been trying to crack the Olympics for decades. The only thing that could make this fey flipfest watchable would be a bed of spikes or ring of fire around the edges, to raise the stakes a bit. On the upside, the male bronze medalist in Beijing was named Dong Dong. We think you can take it from there. 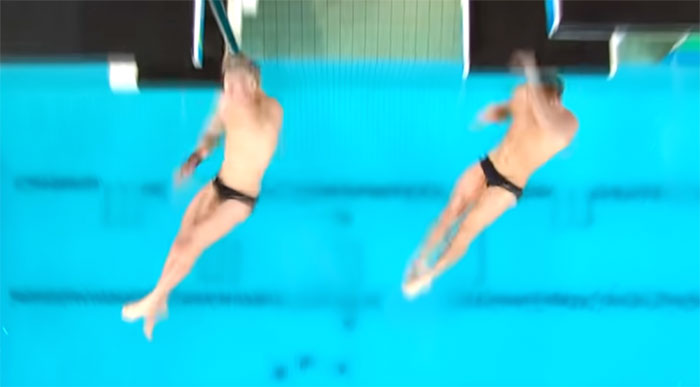 Apparently, 2000 was the year the Olympics jumped the shark, as this inane concept was added to the lineup then, too. It’s just like diving, except with a teammate who performs the same dive you do, at the same time. We don’t blame the competitors—they’re often just individual divers taking another shot at a medal. But we can’t help wondering how doing the exact same thing as someone else is considered a sport. Can you imagine, say, tennis players being rewarded for backhanding together? Outside of the equally pointless synchronized swimming, this logic doesn’t apply to any other athletic pursuit. Because it’s stupid. And last time we checked, the Olympic motto wasn’t “Faster, Stronger, Higher… More Simultaneous.” 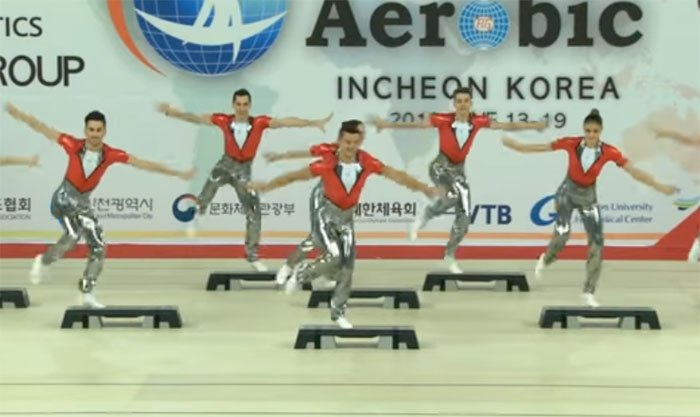 You may think this activity is limited to Richard Simmons and his acolytes, but no, people actually compete in it. Since 1990, spandex-clad enthusiasts have been holding the International Aerobic Championship, in which individuals, mixed pairs, and trios perform routines showcasing their fitness to a panel of judges. They do this not with demonstrations of strength and speed, but with leaps, spins, leg kicks, jumping jacks and splits. It’s called “sport aerobics,” and in addition to making male cheerleaders look like Chuck Norris, it’s the most idiotic thing ever set to music. Don’t believe us? Check out this video of “Jouni Viitanen,” the 2007 sport aerobics world champ. We think it speaks for itself. 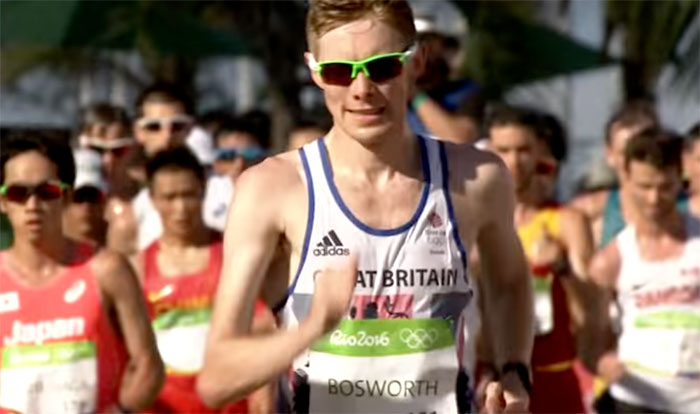 Born around 1600, when English aristocrats began betting on the speed of their footmen, race walking’s been boring the hell out of Olympic spectators since 1908. The rules—at least one foot on the ground at all times, legs always straight—are as silly as someone inventing a sport that’s exactly like basketball, except no jumping. Worse, they cause competitors to sacrifice all dignity, shimmying their hips and swiveling their pelvises as if, frankly, they have sticks up their asses. And to make boasts like this gem from 2008 Olympic trials winner Kevin Eastler: “I have a need for speed. But only as much speed as you can get without bending your knee.” Is it any wonder that those trials were held not at Oregon’s Autzen Stadium, where the real races went down, but next to a parking lot across from it? People, take a hint.