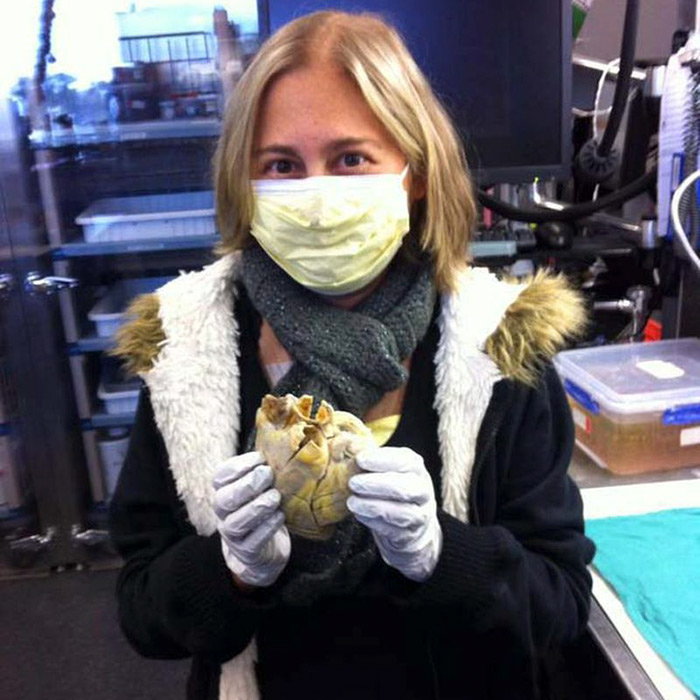 Penny Smith, 35, received her heart transplant in September 2012. She had known for years that she might one day need one.

"I was 3 and a half when I was diagnosed with non-Hodgkins T-cell lymphoma and I went into remission at age 6," she told the Daily News. "From there in 1994 I developed a heart problem, which my mom knew about. (The doctors) had told her when I went through chemo that I would have it."

Doctors monitored her condition closely over the years, but, Smith says, "I went downhill in 2007. I couldn’t breathe, I could barely walk.

"So they put me on more meds, and I ended up going into the hospital for my heart transplant."

Smith’s operation took place at Sharp Memorial Hospital in San Diego last fall. "I went on the (transplant recipient) list Aug. 17 and got my heart on Sept. 13," she said.

Doctors left her chest opened up initially, she said, because the donor heart was too big. "I was in there for four months (recovering)," she said. "I had two cardiac arrests.”

Smith doesn’t know her donor’s identity, just that he was a young male.

The amazing photo was taken months after the operation, in January.

"My doctors made me wait because they didn’t think I was ready. I wanted to be able to hold it, and they didn’t want me to drop it.

"I was happy to see it again-well, see it for the first time, I guess.

"My husband even got to hold it. It felt really weird for both of us, but it was amazing to get to hold something that was once in someone."