Elisabeth “Lilo” Gloeden stands before judges, on trial for being involved in the attempt on Adolf Hitler’s life, 1944

Gloeden was a German housewife beheaded with an axe on Nov. 30, 1944 for sheltering July 20th plotter Gen. Fritz Lindemann. Her husband and mother were likewise executed, and their fate publicized as a warning.

Hitler had some of the conspirators hanged slowly to death and then the footage was shown to the German Army which made many of the soldiers protest in disgust. Many of the conspirators’ family members were punished as well as a part of a revived policy from ancient Europe that the Reich instituted.

Hitler had ordered that they be hung like cattle. “I want to see them hanging like carcasses in a slaughterhouse!” he commanded. The entire event was filmed by the Reich Film Corporation. Witzleben was first. Despite his poor showing at the trial, Witzleben met his death with courage and with as much dignity as was possible under the circumstances. A thin wire noose was placed around his neck, and the other end was secured to a meat hook. The executioner and his assistant then picked up the sixty-four-year-old soldier and dropped him so that his entire weight fell on his neck. They then pulled off his trousers so that he hung naked and twisted in agony as he slowly strangled. It took him almost five minutes to die, but he never once cried out. The other seven condemned men were executed in the same manner within an hour. They were followed over the next eight months by hundreds of others.

Flight deck and controls of a B-29 Superfortress. Note the security blanket over the Norden bombsight.

The bombsight, developed by Carl Norden, a Swiss engineer, was used by the U.S. Navy and Army Air Forces beginning in World War II until its retirement during the Vietnam War. Norden believed the device would lower the suffering and death toll from war by allowing pinpoint accuracy during bombing runs.

The Norden, essentially an analog calculator, could adjust for air density, wind drift, the bombers airspeed and groundspeed while controlling the bombers’ final run on the target. It was called “the single most complicated mechanical device ever manufactured,” according to Stephan Wilkinson in his book, “Man and Machine.”

Despite being highly sophisticated, the bombsight was not as accurate as reported. Even though Army Air Forces information officers claimed the bombsight could “drop a bomb into a pickle barrel from 30,000 feet,” reality told a different story, according to Avers Don Sherman, a writer who studied the Norden saga.

Fun fact: at some point, they asker Kaiser Wilhelm how the First World War would have played out if Queen Victoria was still alive, to which he responded:

“Oh, she wouldn’t have allowed it.”

First Lady of South Korea Yuk Young-soo slumps down after being shot by a North Korean sympathiser, during an assasination attempt on her husband President of South Korea Park Chung-hee, on Korean Independence Day ceremony at the National Theater of Korea in Seoul – 1974

President Park Chung-hee was eventually assassinated, five years later, by his close friend and director of national intelligence. Whether for personal grievances or to bring an end to Park’s 18 year dictatorship is still a matter of debate.

John F. Kennedy leaving on a gurney from hospital following spinal surgery, as his wife Jacqueline stands over him. December 1954 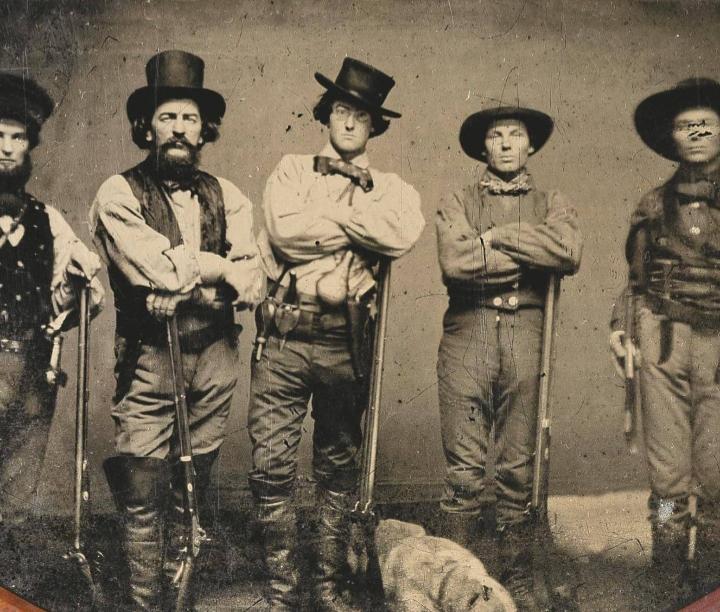 Sitting to the right of Nixon is Zhou Enlai. He was essentially the de facto number two in China under Mao from the 40s onwards.

He advocated for peaceful coexistence with the West, oversaw the normalization of relations with countries like UK, France, Japan and of course the US (as seen in this photo).

He tried to stop some of the most outrageous excesses of the Cultural Revolution during the 60s.

He was in Geneva; he was in Bandung… you read any history book on Cold War Asia you can find his name.

In the end he helped secure the rise of Deng Xiaoping who eventually opened China to the world.

Chinese guerrilla fighter Cheng Benhua miling moment before execution by the Japanese, she was 24. (Late 1938)

She led a local resistance movement during the Nanjing Massacre, was then imprisoned and gang raped before being executed by bayonet. This photo is the primary reason she is remembered. 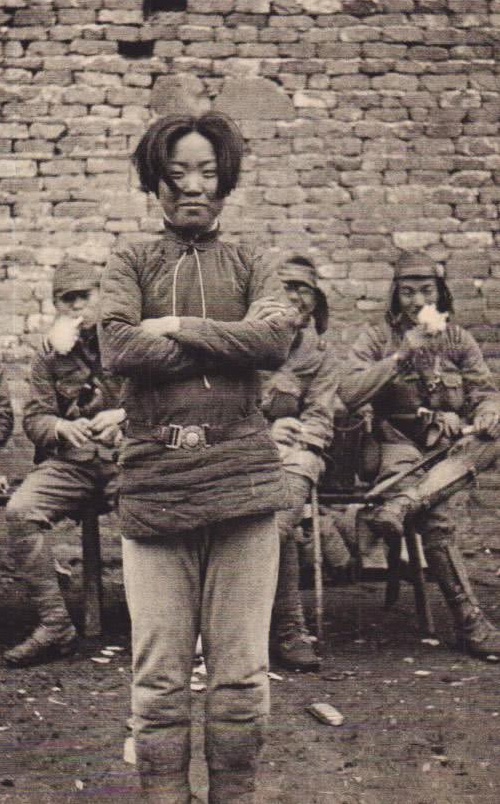 High school teacher John T. Scopes is brought to trial in Dayton, Tennessee for teaching the theory of evolution, which was prohibited under state law. July 10, 1925

A German messenger dog leaps a trench, possibly near Sedan during a training session, May 1917. Two stormtroopers are just visible in the trench behind and beneath the dog.

The Hatfield–McCoy feud (1882–1888) involved two families of the West Virginia–Kentucky back country along the Tug Fork, off the Big Sandy River.

The Hatfields of West Virginia were led by William Anderson “Devil Anse” Hatfield while the McCoys of Kentucky under the leadership of Randolph “Ole Ran’l” McCoy.

The feud has entered the American folklore lexicon as a metaphor for any bitterly feuding rival parties. More than a century later, the story of the feud has become a modern metaphor for the perils of family honor, justice and vengeance.