This April 6, 1996 file photo shows Ted Kaczynski’s cabin in the woods outside Lincoln.

The cot upon which Unabomber Ted Kaczynski slept during his more than two decades living in a small cabin outside of Lincoln.

A small window can be seen above Unabomber Ted Kaczynski’s workbench, which doubled as a kitchen counter.

Shelves inside Ted Kaczynski’s cabin with tools and food containers

A large pile of firewood was found at Unabomber Ted Kaczynski’s cabin. The cabin had no electricity and Kaczynski relied on a wood-burning stove for heat and to cook.

In addition to history books, Unabomber Ted Kaczynski kept books nutrition, survival, and Latin. Also notable is that Kaczynski kept multiple phone directories, in spite of the fact that his cabin had no phone service. 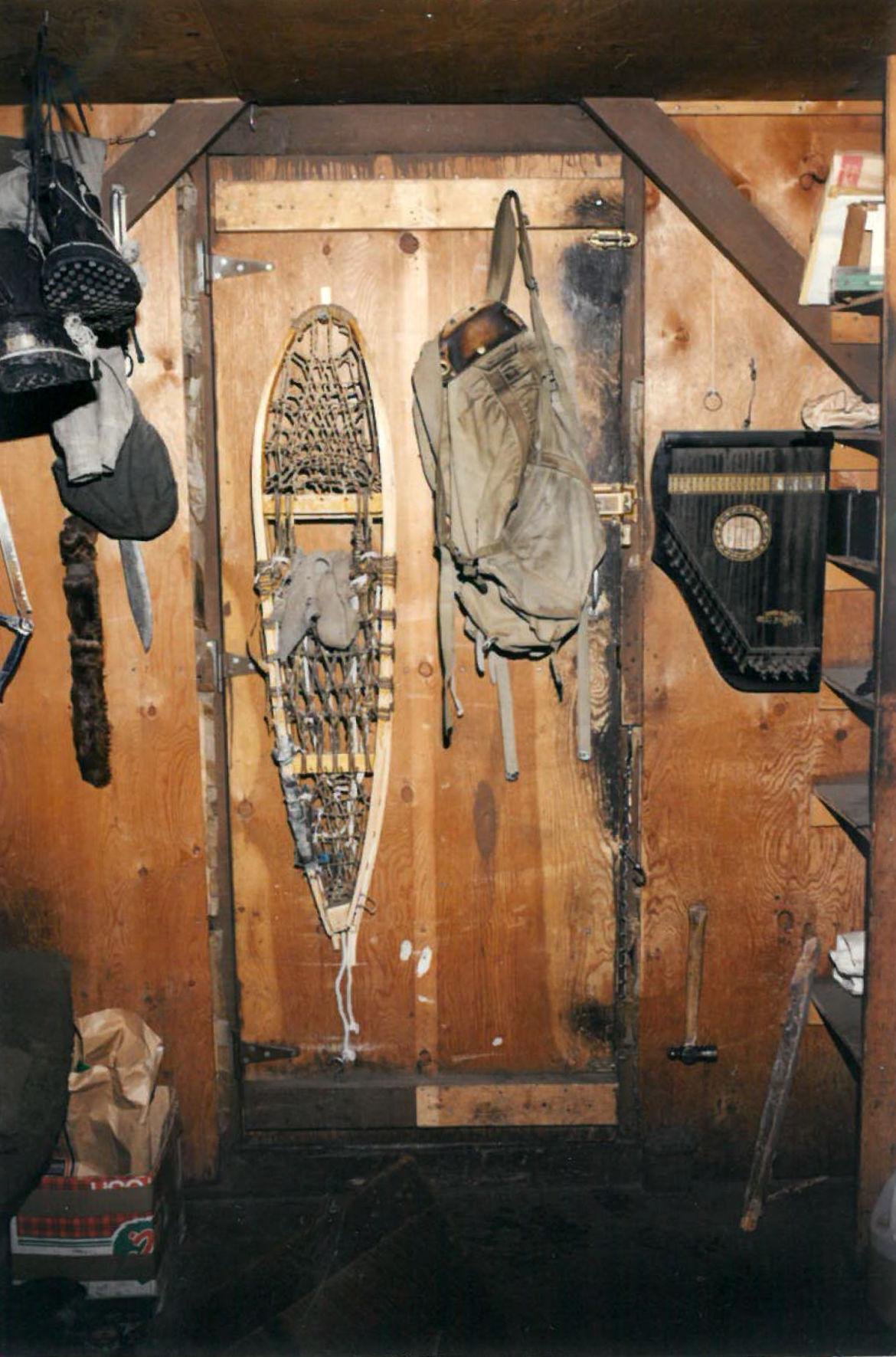 Among the items found in Unabomber Ted Kaczynski’s cabin were snowshoes and a zither, the stringed musical instrument seen on the right side of this

Two rifles hang on the wall of Unabomber Ted Kaczynski’s cabin near Lincoln. Following his April 1996 arrest, FBI agents related that the strategy they used to arrest Kaczynski without the potential for Kaczynski to use his guns. Agents posed as mining company representatives surveying the area.

Unabomber Ted Kaczynski’s typewriter was found among his belongings in his remote Montana cabin. Kaczynski was known to write letters and essays, including his famous “Unabomber Manifesto,” which he called “Industrial Society and Its Future.” The manifesto was published in the Washington Post and The New York Times in September of 1995.

A 1996 aerial photo shows the property where Unabomber Ted Kaczynski lived. Kaczynski’s cabin can be seen near the center of the frame.