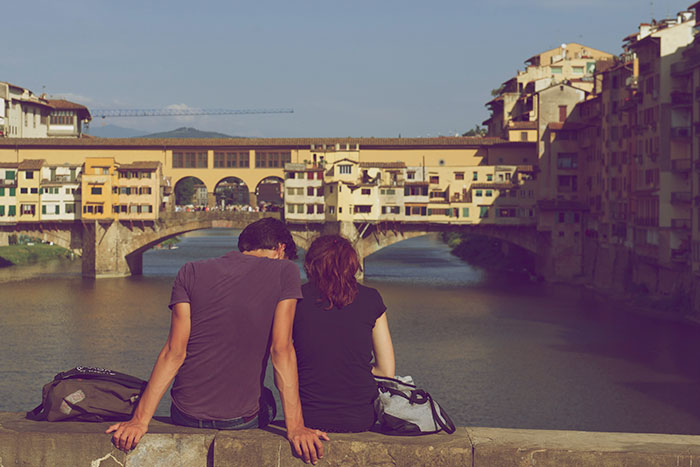 There is one crucial mistake that thousands of men make, that you should avoid at all cost. Approaching a girl with a weird line might result in ten minutes of awkward stammering, but choosing the wrong girlfriend, can lead to a life of regret, especially when you put a ring on her finger and a baby in her belly. By sharing the following 15 signs she is girlfriend material, I want to provide you with everything you need to know in order to make the right decision. I don’t want you to be the next guy who asks me for advice on how he can escape his toxic relationship.

1. She Doesn’t Indulge in Self-Destructive Behavior

I am pretty sure you want a girlfriend who loves herself and the world she is living in. Thanks to a lot of conversations with men who saw themselves trapped in unfulfilling relationships, I know this is what every man wants. Unfortunately, a lot of those men who dream about being in harmonic relationships with life-affirming women, end up dating girls who indulge in self-destructive behavior. And yes, even though getting drunk every weekend in order to forget the daily routine is completely socially acceptable, it is still self-destructive behavior. If you are on a date with a girl and she needs cigarettes to cope with stress and alcohol to cope with loneliness you should think twice before you call her your girlfriend.

2. She is Ready to Settle Down

I recently had a conversation with one of my friends. He told me that his girlfriend goes out every weekend with her girls and that she is more interested in traveling alone than in sharing such an experience with him. The uncomfortable truth was that the last thing his girlfriend wanted was to be in a relationship. She was simply not ready to be in a relationship. If you end up dating a girl who is not ready to settle down, you don’t have to wonder why your relationship is miserable. Of course it is important to give her some freedom and to not be a clingy and jealous boyfriend, but if she isn’t ready to settle down, there is little to nothing you can do to make her feel happy with you.

3. She is Not the Overly Attached Girlfriend

Now that I just talked about giving love, it is time to talk about giving orgasms. Yes, love is important in a relationship, but if the sexual attraction and the passion are missing, it’s nothing but a friendship.It might sound a bit politically incorrect, but unless you want to end up as a sexually frustrated wimp who watches pron every night and runs to hookers to get his dick sucked, you should choose a girl who is good in the sack.

5. She Likes You For Being the Weirdo You Are

One popular misconception that a lot of guys have is that all women want the same type of guy. I mean, every single woman on earth wants to be together with a rich psychopath like Christian Grey, right?Wrong!Just like some men are into black girls and others into Asians, women have different tastes. Some women love serious businessmen, others love guys who crack one joke after another and some girls are totally into nerds who can’t wait for the next Comic Con. The only thing that matters is that she likes you for who you are and that she isn’t obsessed with changing you.

In case you think it is a bad sign when a girl tells you that she is daddy’s girl, you have never dated a girl with severe father issues. Yes, she might be a bit spoilt, but if she has a good relationship with her father, you can confidently assume that she has a good relationship to men. One of the reasons why my girlfriend respects and loves me so much is because she learned early in life that men are not the enemies. The credit goes to her father.

7. She Values Time More than Money

In case you meet a woman and she wants to spend as much time as possible with you, without ever expecting you to pay for anything, she might be the right girl.A good girlfriend is a woman who values time more than money. If you end up dating a gold digger, you will eventually end up broke and miserable.

8. She Doesn’t Know What Prozac

Is  The number of women who are dependent on antidepressant rises, especially in the Western hemisphere. When I told my Asian girlfriend that a lot of girls in the West take Prozac to get through the day she didn’t believe me. When I told my friends that my girlfriend just meditates for a couple of minutes when she is depressed, they didn’t believe me.It is on you if you mess up your life with a messed up girl.

9. She Doesn’t Expect You to Put a Ring on Her Finger

I don’t say that marriage is particularly bad, but I do say that no man should ever put a ring on a girl’s finger because she expects it.  A woman who expects a man to put a ring on her finger is not driven by love, but by the fear of ending up alone. If she would be driven by love, she wouldn’t care about some unnecessary contract.

10. She is the Opposite of an Attention Whore

11. She Can Talk Without Yelling

One thing that I love about my girlfriend is her calm and relaxed attitude. I honestly can’t remember that she ever screamed at me. When I compare this harmonic way of interacting with the horror that one of my friends has to survive whenever his beloved psychopath screams at him, I consider myself fortunate. Unless you always wanted to know how it feels to have a tinnitus, you should observe the way she talks before you end up in a relationship with her.

12. You Love Her, Even Without Makeup

The sad truth is that we men are really easy to fool. All a woman has to do is to put on enough makeup, wear high heels, a tight dress and the right push up bra and we are blown away. In case you end up in bed with a girl who was extremely attractive when you took her home from the club, but who scared the shit out of you once you looked into her face the next morning, she is not the right girl for you. When you don’t love a woman without makeup, you don’t love her at all.

13. You Don’t Celebrate Whenever She Leaves Your Apartment

When I think back to the time when I was together with my ex-girlfriend, I remember a feeling of contentment and hope whenever she left my apartment. As you can already imagine, the relationship was anything but healthy. With my current girlfriend I smile whenever she enters the room. A man who is happier when his girlfriend is gone than he is when she is around, should better be single.

14. She Wants You to Desire Her

If you are together with a girl who doesn’t care about her appearance when she is with you, who walks around in sweat pants all day and who couldn’t care less about whether or not you desire her, the relationship is doomed to fail.

15. She Allows You to Take Off Your Mask

The most important quality that your girlfriend absolutely must have is that she allows you to take off your mask. In today’s society nearly everyone wears a mask. We are so focused on saying the right things and expressing our politically correct opinion that we lose touch with who we really are.

Your relationship should be the safe harbor where you can be yourself and share your honest opinion. A girl who allows you to take off the mask and who loves your authentic self is definitely a keeper.

Check out more awesome articles by Sebastian at Global Seducer