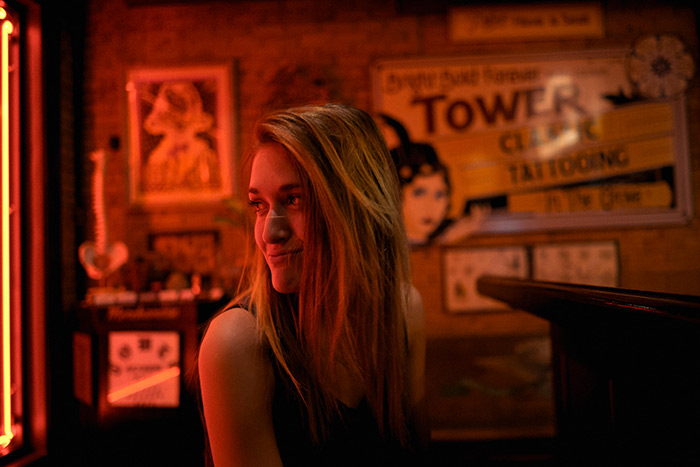 Men who have the perception of women as these ego-centric creatures who laugh at us from their sexual mountain-tops, doling out which man gets (a chance at) the divine pussy access and which man gets to squander away his time in solitude — it doesn’t work like that.

Think about it. Why do women spend so much time and effort on their appearance?

Why do they go to singles’ bars and join dating sites and give blind dates a try?

They don’t do it so that they can revel in rejecting a bunch of guys.

They’re just as lonely and frustrated as we are.

They want to meet a man. But not just any man, a great man — a man who is confident, charming, fun, and interesting.

A man who is non-needy, who is vulnerable, and who will honestly express himself to her.

She wants you to be that man. She’s secretly rooting for you. She doesn’t want to reject you.

Every time a new man walks up to her, she’s secretly saying to herself, “Please, please, please, be that man! Be the attractive man that I can’t say no to.”

And then he nervously stutters around buying her a drink and making uncomfortable jokes about the weather and she’s back to that horribly uncomfortable position of having to reject him again.

Other times it doesn’t even get that far. It’s obvious before he even opens his mouth that it’s game over.

He’s dressed like a clown or hasn’t combed his hair in three months, or he’s too drunk to even look at her directly.

This is also why women are willing to overlook a lot of bonehead moves and mistakes we make if they like us.

It’s amazing how many second and third chances a woman will give you if she likes you.

She’s rooting for you. She’s your biggest fan.

She’s saying, “Oh, he chickened out on asking me out this time, but I’ll find an excuse to call him so maybe he’ll do it next time.”

They’re begging for you to succeed. They want it just as bad as you do.

It’s because you didn’t give her that feeling. You didn’t make her spin and fall and laugh and forget where she was or who she was with.

That’s what she goes out looking for: the man who can make her feel more alive.

Secretly, she wants you to succeed as much as you do. And for a moment, she’s your biggest fan.

And your role as a man is to take action. It’s all on you. It’s always on you. You move things forward.