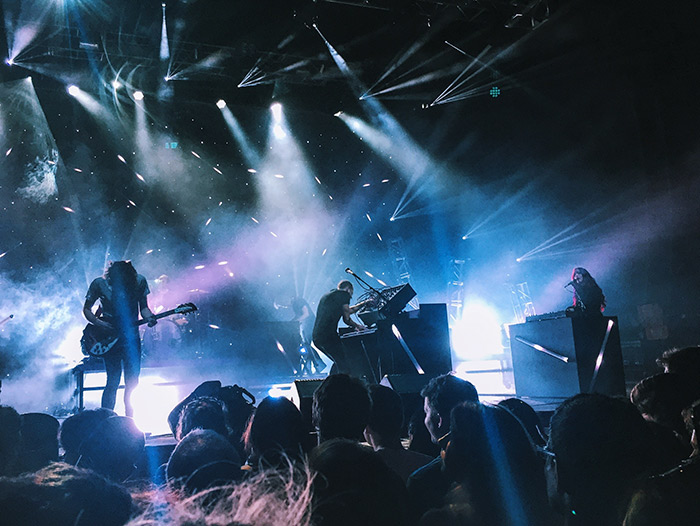 The big issue with “rock” or really any guitar based music outside of country is multifold.

So with the collapse of the major labels due to multiple factors but mostly utterly and completely fucking up the transition to digital music they are not nearly as big and powerful as they once were. The major label focus shifted towards low investment, high yield artists since 2005 or so. The three most popular genres for this are rap, country and crossover pop music. I will give examples for all three.

So a label can sign a rapper with some buzz in an area via mixtapes or on SoundCloud for a pittance (anywhere from 50-300k) and they have a built in audience and likely songs ready to go. They can easily recoup the investment from sales/streams from that fan base. You use some promotional tools to see if it can crossover into a mainstream audience. If it blows up you make a windfall. If it doesn’t you still haven’t lost much money. It doesn’t matter if the next record is a hit or not since you have made a profit on them. If it fails you can drop them and go on to the next sucker.

Country music works much the same way. You have an artist or group that has a built in audience likely. Country fans much like rap are constantly looking for new artists and still buy music by and large. Your low investment will give you a high return. If they have crossover ability you can make quite a bit, especially in the possible music licensing.

The crossover music star is the most limited but is also the most lucrative at the moment. So a label can sign a television or movie star to make a album. It can cost anywhere from reasonable to obscene depending on the level of star. You put together an album to take advantage of the actor’s next project so they can perform it while out promoting the project. It is almost a certain hit and a good return on investment. The formula has proven so effective that labels work on trying to get their artists that have potential to get into acting to help create more.

Compare this to a rock band, which you have anywhere from 2-8 members which is more people to try and keep happy, and the costs to record and artist development are astronomical comparatively. Also until recently rock music fans were the least likely to spend money on music, the vinyl resurgence has changed this though. Most bands require multiple albums before they get a hit, if they ever do, which by label standards now is unacceptable. This actually started in the 90s after the grunge boom every band was getting massive offers from labels for years, for most of them to release records that massively underperformed to the standards labels were expecting and many were dropped soon after.

To further complicate matters promoting new music is incredibly hard, especially rock. You have three owners of nearly every radio station in the country and in most markets in the country this is nearly zero content being produced locally. That means you have a talent and engineer in a studio in NYC or LA putting out the feed via syndication to dozens of stations around the country. This is incredibly lucrative as eliminating talent costs and employing a couple ad sales guys and someone to check on the stations transmitter and equipment means the costs are almost nil. The downside is the ratings and influence of radio is almost nil now. To give you an idea oh how influential radio once was, ask your parents or grandparents if they knew talent and shows on their local stations. Most likely they did. So as this influence has eroded so has one of the best ways to help break a new artist.

Then you have the MTV problem. As MTV moved away from music in the late 90s and early 00s also took away a major pipeline for labels to be able to push new acts and promote new releases. Which for many who didn’t grow up in the 80s and 90s it can not be understated how influential and important MTV was to artists but popular culture in general. If you were a new artist and your video got played on MTV, even on a niche show like 120 Minutes or Yo! MTV Raps that translates into thousands of sales. Getting played in regular rotation meant you were almost certainly going to have a massive selling record. YouTube has enabled one to watch nearly any music video on demand but discovery and curation, much like with radio is the big issue.

Without the money and promotional tools it is very hard to break a new artist. You also have fewer rock bands being formed and playing due to the last and arguably the most crucial issue. The small music club in the US is almost entirely gone. I will give an example, back in the early 00s I would tour with my band and could play a small venue in nearly any city in the US and normally leave with some profit to allow to keep going on. I looked up the venues that I did on a tour back in 02 right before COVID hit and out of 28 venues only 3 still were around. If you are a upcoming band looking to play 250-1200 seat venues your options are basically non-existent now. Rising rents, gentrification, lower interest in live music and ownership retiring or dying have killed most of them. Even in the largest cities like NYC, Chicago and LA you have a handful of venues and getting booked is not easy as they get a ton of requests and have limited dates available. Things like VFW halls and shelter houses that were used by punk and indie bands in the 90s and 00s are increasingly gone due to ownership refusing to book music or being sold for developments.

If you look at the bands that headline most music festivals it is the same people who headlined the things 20ish years ago as well since the industry has not been able to produce stars deemed big enough to do such things. Most music venues are owned by big music promoters or worse ticketing companies. They increasingly offer big money to older bands from the 90s and 00s that broke up to reform to try and fill the medium (2500-6000) venues they own. It can be lucrative for both but it is indicative the industry is unable to create new stars and is relying on old acts to try and drive profit.

Is this all fixable? Yes it is. I am utterly amazed someone hasn’t created a internet based MTV alternative. I am also amazed that none of the big streaming services have tried to do more of a live curated feed outside of Apple. Although pushing for anti-trust in media ownership would probably do more. Getting radio ownership into smaller and local hands would transform radio overnight frankly. Hopefully as more employers learn to embrace WFH and give up needing offices in expensive urban areas you will see real estate prices in cities start to drop and make small venues viable again.