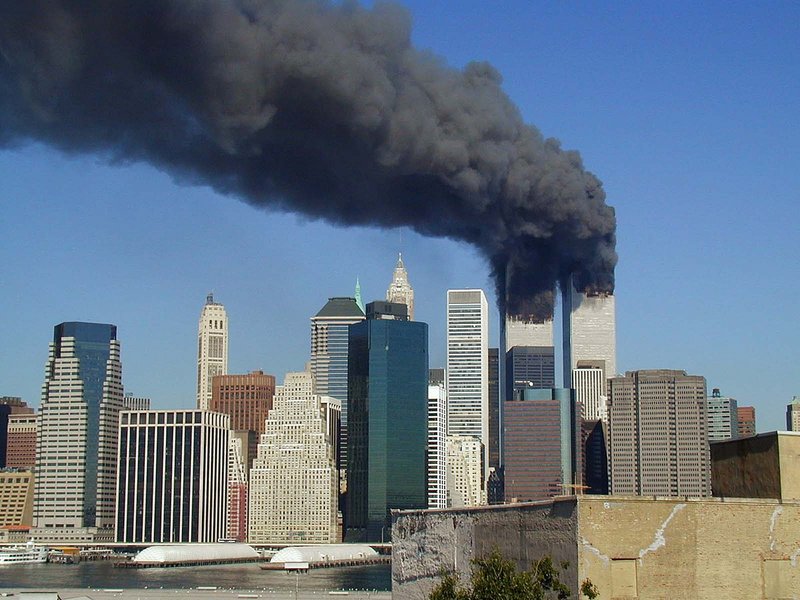 1. Even though almost all planes were grounded during 9/11, there was one non military plane flying after the FAA ordered all planes to land. This one plane was carrying snake anti venom to Florida to save a snake handler’s life after he had gotten bit by a Taipan snake

A couple hours after the terrorist attacks in New York and Washington, Lawrence Van Sertima, a snake handler of 40 years, was about to get his first snake bite. He was handling a Taipan snake, one of the most deadly in the world, when it became uncooperative and bit his thumb. He instantly knew he was in trouble.

Since air traffic was grounded, he could not be taken to the hospital by helicopter. It took 40 minutes to get to Miami’s Baptist Hospital by ambulance.

The venom from this particular snake attacks the blood, muscles, kidneys and heart. It’s one of the worst possible scenarios. Within hours he was in critical condition and soon bled from his eyes and mouth.

Miami-Dade’s Fire Rescue has a snake bite unit called “Venom 1.” They had 5 vials of a polyvalent antivenin, designed to treat multiple types of snake bites. It helped, and was barely keeping Van Sertima alive. He needed the monovalent antivenin, made from the venom of the Taipan snake, as soon as possible. Unfortunately, there were only two places that it existed: New York and San Diego.

The chances of getting clearance for a plane to take off from New York were unlikely, so they tried San Diego. The FAA in Washington granted permission for the flight, although it had to be  escorted by two fighter jets. Within 45 minutes of landing, the antivenin was being administered.

Van Sertima recovered and learned about the terrorist attacks a few days later.

2. A guide dog named Roselle led a group of people including her blind owner down 78 flights of stairs before the North Tower collapsed on 9/11. She only stopped to give kisses to a woman who was having a panic attack.

3. The firm Cantor Fitzgerald lost 658 employees on 9/11. The CEO, who was taking his child to school that day, later distributed $180 million to the families and offered jobs to all children of the victims. 57 of those children were employed by Cantor Fitzgerald as of 2016.

On top of grieving, CEO Howard Lutnick had a decision to make.

“We can shut the firm and go to our friend’s funerals, because that’s 20 funerals a day, every day for 35 days in a row,” Lutnick recalled. “I said, ‘Or we’re gonna work harder than we’ve ever worked before, but the only reason we’re going to do that is we’re going to give 25 percent of everything we make to these families.'”

4. NYPD officer John Perry was turning in his retirement papers on 9/11 when the first plane struck. He asked for his badge back and ran to help. He was killed while assisting a woman in the south tower as it collapsed.

5. Hospitals throughout the NYC area were bracing for maximum capacity on 9/11, only to slowly realize there were very few survivors from the World Trade Center’s collapse (article)

About 20 people were pulled out of the rubble. 20. Out of thousands.

6. Americans sought comfort TV after 9/11 and watched so much Food Network that the station had to restructure itself to appeal to a general audience. This led to the creation and subsequent rise of reality cooking shows like Chopped and Iron Chef USA

7. Since 9/11 more than 37,000 first responders and people around ground zero have been diagnosed with cancer and illness, and the number of disease deaths is soon to outnumber the total victims in 2001 (article)

Nearly 3,000 people died during the deadliest terrorist attack in world history. But in the two decades since then, the number of deaths among survivors and responders—who spent months inhaling the noxious dust, chemicals, fumes and fibers from the debris—has continued creeping up. Researchers have identified more than 60 typesof cancer and about two dozen other conditions that are linked to Ground Zero exposures. As of today, at least 4,627 responders and survivors enrolled in the World Trade Center (WTC) Health Program have died.

8. The USS New York, a ship in the US Navy was forged partially from steel that was salvaged from the World Trade Center after it was destroyed in 9/11. The ship’s motto is “Strength forged through sacrifice. Never forget.”

The foundry workers reportedly treated it with “reverence usually accorded to religious relics,” gently touching it as they walked by. One worker delayed his retirement after 40 years of working to be part of the project.

9. In 1995 a policy known as “the Wall” was created. It discouraged info sharing between the CIA and FBI, playing a critical role in the inability to stop 9/11. It got so bad agents played a CD with Pink Floyd’s “Another Brick in the Wall” into the phone as they were told their access was denied (article)

The reason was that dozens of CIA assets were being rolled up and often killed, and the CIA suspected a leak in the FBI. It would turn out to be the work of Robert Hanssen, an FBI counterintelligence agent that was eventually arrested in 2001. He is currently serving 15 consecutive life sentences without parole for 15 counts of espionage in ADX Florence

10. When the US Airspace was closed during the 9/11 attacks, passenger planes were forced to land in Gander, Newfoundland. The community hosted 7,000 people until it was safe for them to re-enter America. The town has been awarded a piece of steel from the buildings to commemorate their efforts

11. The Kenyan Masai tribe donated 14 cows to the US following the 9/11 attacks. The cattle – regarded as sacred, were the highest expression of regard and sympathy (article)

Cattle are highly valued among the Maasai community, and the gift of a cow is regarded as among the most precious one can receive from a Maasai, ranking alongside a child or grazing land. When Maasai tribesmen marry, they give cows. When a son wants to earn the respect of his father, he gives cows. When there is a friend in need or a condolence call to make, more cows.

12. The TV show “Big Brother” had a policy of keeping the contestants in total information isolation. This included not informing the cast about 9/11. They had to change the policy after one of the cast’s family members was lost at Ground Zero=

Even PBS’ Frontier House, where the participants were supposed to have no contact with modern technology for months, allowed the families to watch TV on 9/11.

14. After 9/11, the Queen of England authorized the Coldstream Guards to break protocol and play the US national anthem during the Changing of the Guard, giving some comfort to Americans stranded in London due to airport closures.

15. Henryk Siwiak was fatally shot on 9/11/2001 and because the deaths from the terror attacks are not included in the city’s official crime statistics, Siwiak’s death is the only homicide recorded in New York City on that date

“For the most part, the data associated with the events of September 11, 2001, are not included in the standard tables found in Crime in the United States. The number of deaths is so great that combining it with the traditional crime statistics will have an outlier effect that falsely skews all types of measurements in the Program’s analyses.” -source

Many south tower survivors say the sight of people jumping created an urgency that caused them to leave immediately and ignore announcements that it was safe to return to their desks. About 1,400 people evacuated the upper floors before the second jet hit.