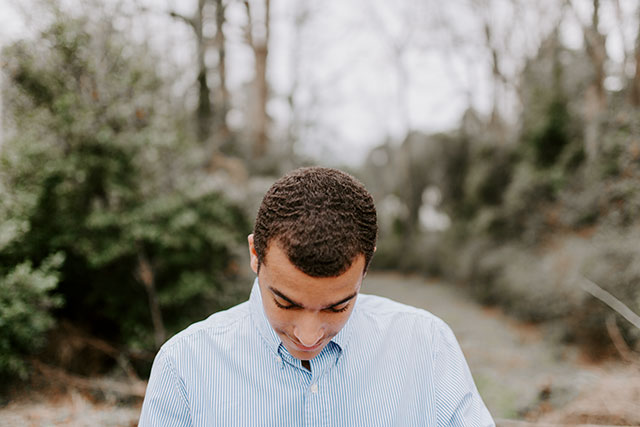 Fear of looking stupid is the #1 killer of dreams.

The worst part? The people who make you feel stupid are usually the ones least qualified to judge someone else’s life. Their own lives are falling apart, yet they constantly tear down others around them.

I was talking with my friend the other day, and he told me about an incident in 1st grade that would shape his life for the next 20 years.

There were several large rocks outside my friend’s classroom. The “cool kid” of the class was showing off, hopping from rock to rock with grace and agility.

My friend saw his classmates’ admiration and awe, and wanted that for himself. So, he tried to hop from one rock to another. However, he slipped and fell in the dirt. When he got up, his entire bottom was covered in mud.

My friend told me that to this day, he could still remember the sound of their jeering and laughter at his failure.

He also told me he’s been deathly afraid of trying new, potentially-embarrassing things ever since that day in 1st grade.

Most people are living on someone else’s terms. They live to avoid fear, risk, and embarrassment. In most cases, this mindset comes from early memories or childhood. It’s crazy how much power these little memories have over us; how much power we’ve given to others, just so they wouldn’t laugh at us.

I lived in fear my whole life, always playing by the rules. I did that, so you don’t have to — that route has no happiness, fulfillment, or joy.

Now, I do what I want. I work for myself. I write whatever I want to write about, and I’m not afraid of looking stupid anymore.

Here’s how to stop being afraid of looking stupid and consistently live the life you want.

There’s No Reason To Get Embarrassed or Afraid

“There is always a countermove, always an escape or a way through, so there is no reason to get worked up.” -Ryan Holiday

The other day, I went to a park to go shoot some hoops.

There were 2 little boys there. One was trying to teach the other how to shoot a basketball, correcting his form and telling him what he was doing wrong.

Then, the teacher-kid saw me in all my glory — new Nikes, fancy knee brace, facial hair, and confidence. I started warming up. “Watch how he shoots!” the teacher-kid hissed to his younger friend.

I shot the ball.

Before, this embarrassing moment would’ve killed me. I would’ve taken it home with me and played it over and over in my mind as I fell asleep, deep in self-loathing and how stupid I looked!

There’s no reason to get afraid or embarrassed. All that matters is getting a little better, every single day. You don’t get better without failing; anyone who’s reached the top of their game has failed far more than their lesser competitors.

When this becomes your attitude, a funny thing happened — you actually start getting better.

Back at the park: I warmed up a little more. After a few shots, I started making them. The little kids were watching me again, trying to copy my form.

It’s about doing what you love, on your terms, without worrying what anyone else thinks.

“You cannot allow the actions of others to define your reality.” -Steven Pressfield

Just Because You Fail Doesn’t Make You a Failure

“Even if a man fails again and again to accomplish his purpose (as he necessarily must until weakness is overcome), the strength of character gained will be the measure of his true success, and this will form a new starting point for future power and triumphs.” -James Allen

Just because you fail doesn’t make you a failure. So much of this life is process — getting a little better/smarter every day.

Most people focus on the outcome — getting what they want (and getting angry when they don’t get it). This is a recipe for stress, anxiety, and fear.

In his autobiography, Bryan Cranston (Walter White from Breaking Bad) described his early acting days, and how stressed/anxious he was at auditions. He was always focused on “getting” the role. But his fear and anxiety always shone through his performance, and after many years, he was still a below-average actor.

Finally, he decided to focus on the process — “giving” a performance, “doing” a job. He stopped worrying about failing, or getting the role, or what the casting directors thought; he just focused on giving a great performance.

That changed everything. He was landing roles left and right. He was becoming incredibly successful. But more importantly, he wasn’t afraid of failing anymore.

Cranston went on to say after he made this mindset shift, he felt much more relaxed and free. There was no longer any pressure, because the outcome was irrelevant. “Once I made the switch, I had power in any room I walked into,” he wrote. “Which meant I could relax. I was free.”

Just because you fail doesn’t make you a failure. Don’t focus on the outcome; focus on the process. That way, you feel less anxious and less scared, and you can redirect that nervous energy into being better.

“If someone is better than you at something, it’s likely they’ve failed at it more times than you.” -Mark Manson

Embarrassment is Fuel, and You Need Fuel to Go Where You Want To Go

“Bad things are fuel. You don’t just want fuel — you need it. You can’t go anywhere without it.” -Ryan Holiday

Embarrassment is part of the process — trying and failing, asking questions it seems like everyone else already knows. Few people are willing to embrace that, though.

Most people would rather look good in mediocrity than look stupid on the road to success.

Some of your strongest motivation and resiliency are built on a chip on your shoulder — succeeding where others have declared you’re a total failure.

Years ago, I was just starting to see some success in writing. A famous blogger — one of my role models — began publicly making fun of me, accusing me of copying his style and making jokes about me to his fans. He said people like me “would be gone in 6 months.”

I never forgot that. I used it as fuel, motivation to show the world that no, I wasn’t going away — I was the real deal, and I was here to stay.

That embarrassment and rejection gave me the fuel I needed to keep going. I focused on always improving, never settling for mediocre content.

But I still had a lot of fuel. That criticism kept me going.

Now, I’m as successful as I’ve ever been. I have a signed book deal. Hundreds of thousands of people read my content. I’ve gained tens of thousands of subscribers and followers. Readers email me every week telling me how my content has helped them.

Getting successful at anything is hard. Embarrassment gives you the fuel to keep going. And you don’t just want fuel — you need it to get where you want to go.

“You can’t be an important and life-changing presence for some people without also being a joke and an embarrassment to others.” -Mark Manson

Your Life Shrinks and Expands With Your Willingness to Take Risks

“I have never met a rich person who has never lost money. But I have met a lot of poor people who have never lost a dime.” -Robert Kiyosaki

The world teaches you to “play it safe.” Risks, they tell you, are scary and usually not worth it — what if you mess up? What if you look stupid? Better to keep your head down and play it safe.

But your life will shrink if you never take risks.

On the other hand, your life will expand with your willingness to take risks.

After reading a dozen autobiographies of some of the world’s most successful people, I’ve realized:

The braver you are, the more your life will expand.

But as long as you’re acting out of fear and pain-avoidance, your life will probably stay the same.

“The fear of being different prevents most people from seeking new ways to solve their problems.” -Robert Kiyosaki

Most people’s biggest goal can basically be summed up in 3 words:

This is small-minded thinking. This mindset ensures you’ll stay on a path that leads to mediocrity and small prizes.

Once in a while, it really hits people that they don’t have to live the life everyone is telling them to live. Once you make this realization, your life starts expanding in proportion to the risks you take.

Don’t be afraid of looking stupid.

Be afraid of remaining in the mediocre majority.

If you want to become extraordinary and become 10x more effective than you were before, check out my checklist.