Bandit’s Roost, at 59½ Mulberry Street (Mulberry Bend), was the most crime-ridden, dangerous part of all New York City.

The investigative journalist and self-taught photographer, Jacob August Riis, used the newly-invented flashgun to illuminate the darkest corners in and around Mulberry Street, one of the worst slums in Manhattan.

His images, which highlighted the plight of poor immigrants in the area, were published in his landmark work; How the Other Half Lives: Studies Among the Tenements of New York 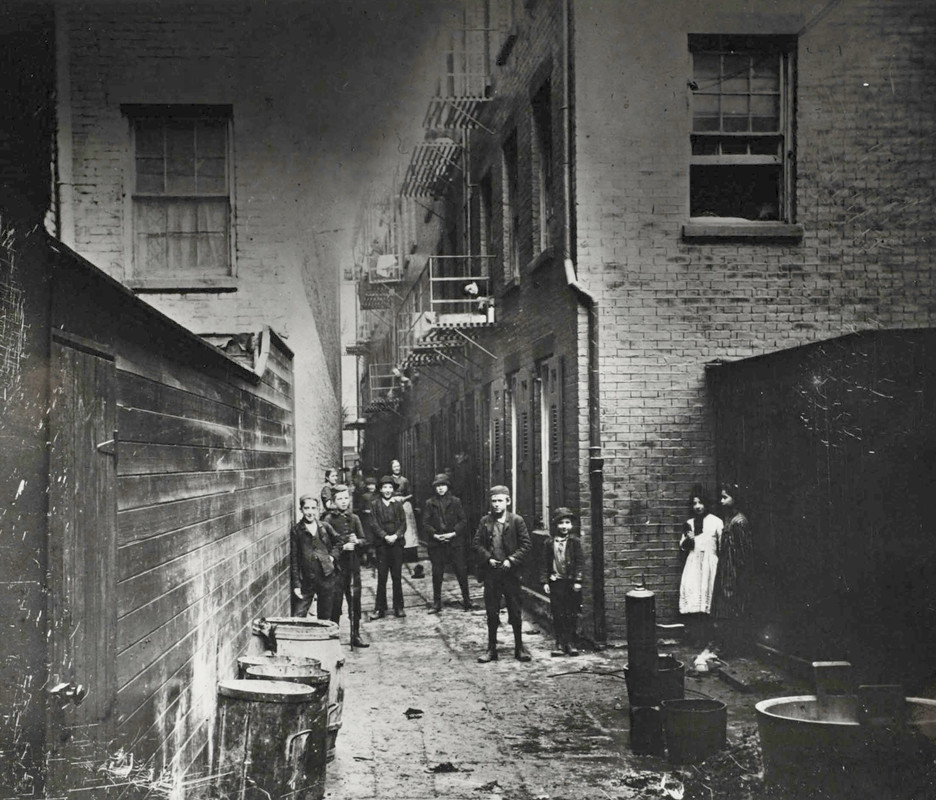 Mullen’s Alley (February 12, 1888), photo by Jacob Riis. “There were thousands of homeless children on the streets (of NYC), often abandoned by their parents… and in the summer months 3-4 babies would suffocate in the airless tenements every night.” 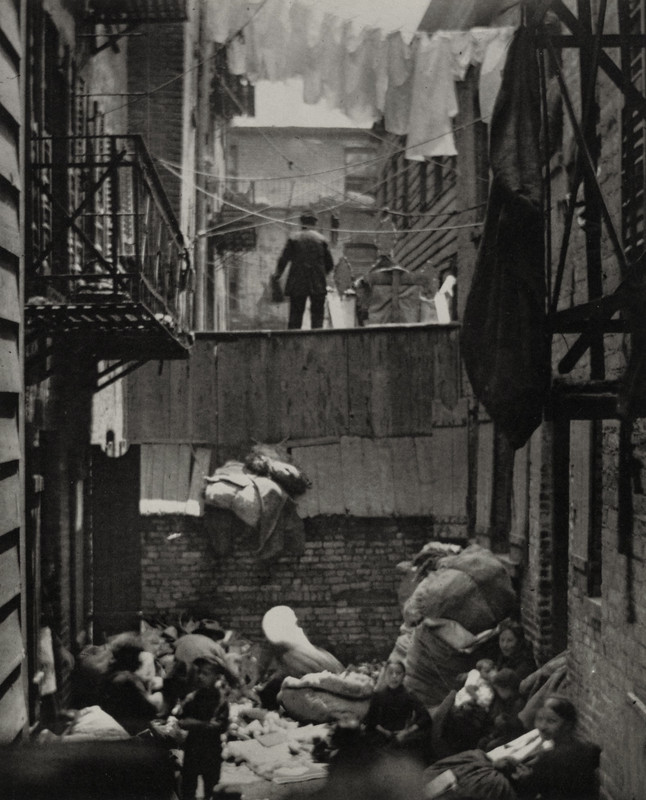 Manhattan’s Lower East Side — Photo by Jacob Riis. “More than 100,000 immigrants lived in rear apartments (behind other buildings) that were wholly unfit for human habitation. In a room not thirteen feet either way slept twelve men and women, two or three in bunks set in a sort of alcove, the rest on the floor. There were also rooms where people could sleep for five cents a night, stranger next to stranger.” 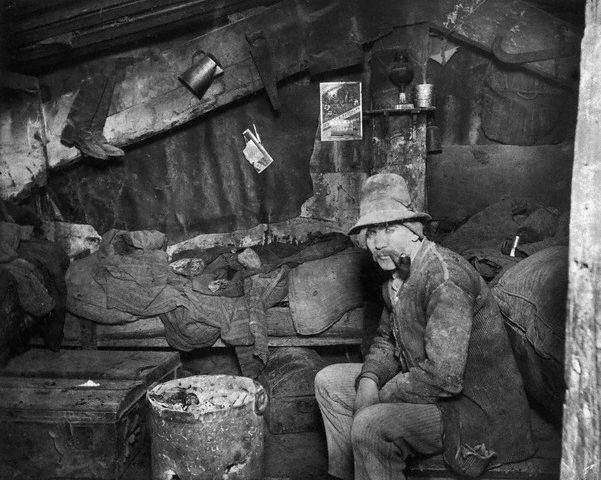 1891 — Portrait of a junk man’s living quarters in the cellar of a New York City tenement house. 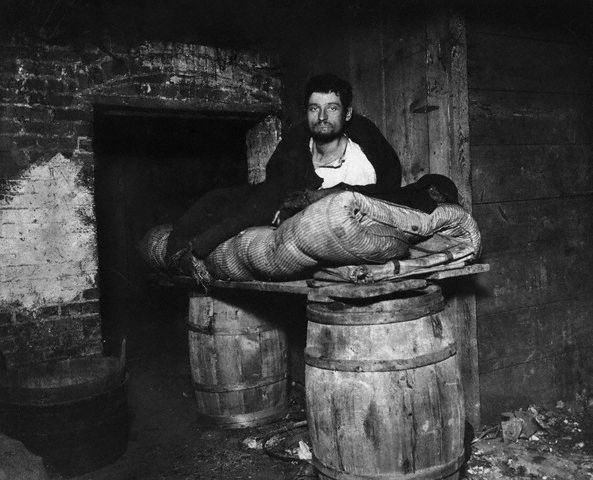 1886, New York, NY — A peddler sits on his bedroll, atop two barrels, in the filthy cellar he lives in. 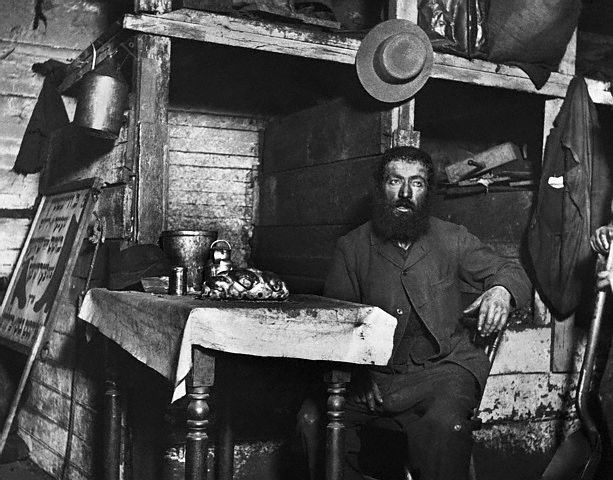 1890, New York, NY — A Jewish immigrant cobbler living in a dirty cellar prepares to eat a meal on the Sabbath 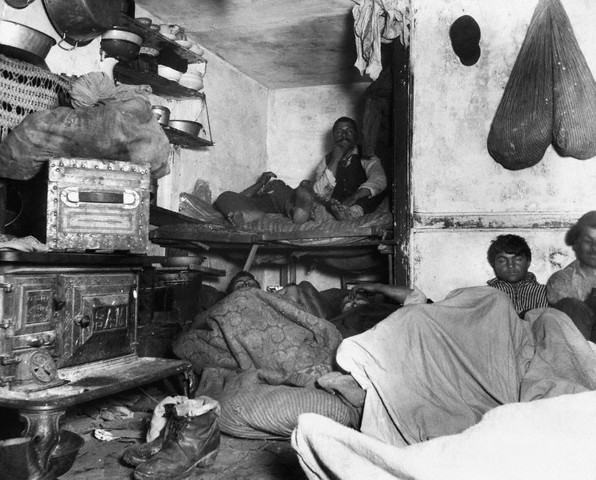 1885, Lower East Side, NY — Shelter for immigrants in a Bayard Street tenement, where a group of men share one room. 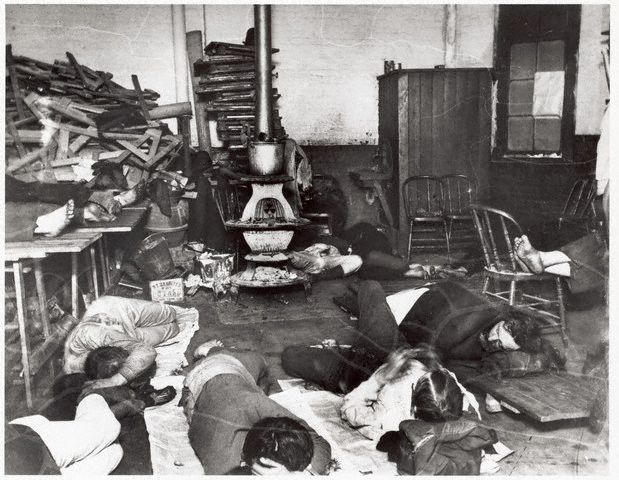 1886 — Men sleep on the floor of a New York City homeless shelter. In 1886, the fee for sleeping indoors was five cents a night 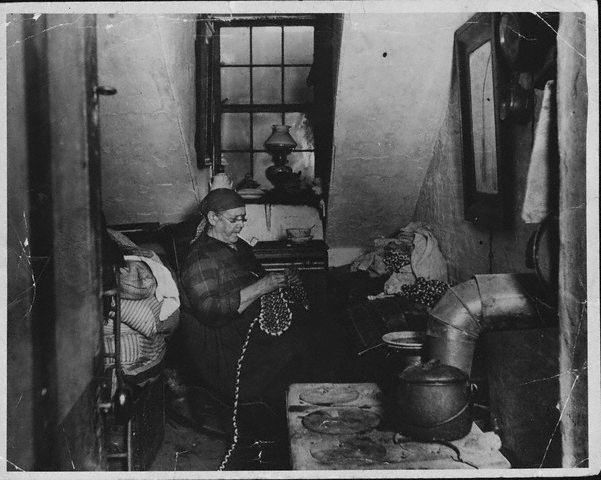 1885, New York City — An elderly woman sits in her dilapidated home and sews. She sleeps, cooks, and lives, all in one tiny room. 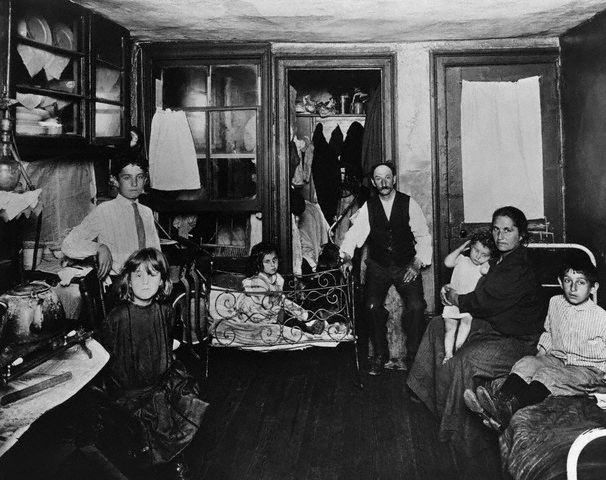 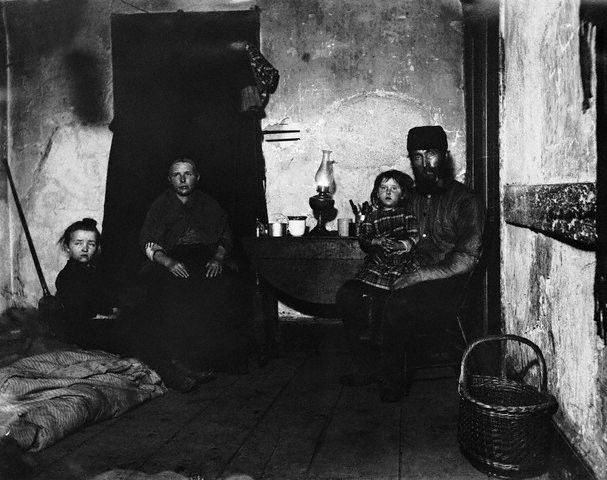