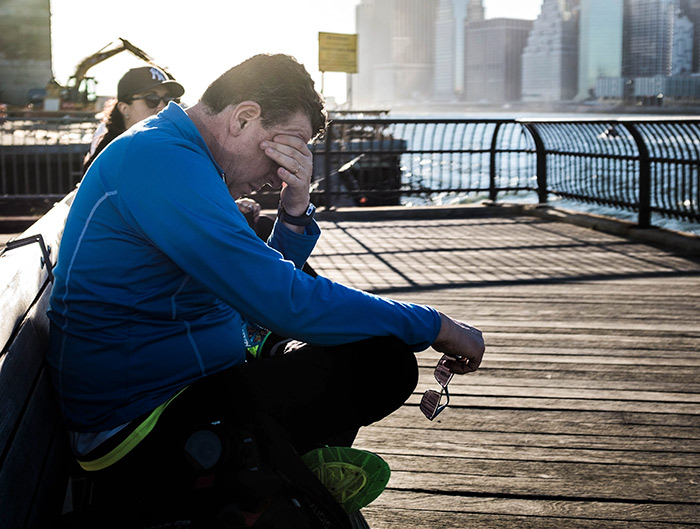 I just found out my 15 years old daughter is not my biological child.

My daughter was preparing for a family tree project for an online class and wanted an ancestry test.

My daughter came to me because it was my father and we didn’t mention it to her mother at the time. Well it turned out my daughter doesn’t have any Native American blood.

The obvious conclusion didn’t occur to me at first because the truth of the situation didn’t seem possible. I assumed there was a mistake, my first thought was that my father hadn’t been part Native American.

After our ancestry tests were different due to her lack of Native American blood we got proper DNA tests and everything became apparent.

It was a very emotional situation for me and my daughter. What I will remember the most was after she started crying she hugged so tightly and just kept saying over and over “I love you daddy.”

At home I confronted my wife and she looked like she’d had a stroke. She started crying and apologizing, you can probably imagine it.

My wife and I got married BECAUSE she was pregnant. We had been together for more than a year when it happened.

It turns out she was sleeping with multiple guys at the time. She says it didn’t mean anything and she doesn’t even remember some of their names.

When she realized she was pregnant she said she she wasn’t sure who he father was. Since I was unaware of her extracurricular activities, she let me believe I was the father because I was the most financially stable.

In terms of that she may have chose correctly, I have been very successful in my career and building passive income streams has been a hobby of mine for a long time.

My daughter got my wife to admit to this on tape as my daughter records the whole thing.

I asked my wife several times, and she keeps insisting that she has been faithful for the entire time we have been married. I’ve never suspected anything but I also didn’t realize she was sleeping around before we got married so I’ve said I don’t believe her.

I’ve come across a lot of the ‘red flags’ of cheaters and I can’t think of any of them during our marriage.

She doesn’t use social media and she has never been guarded about her phone.

She only drinks on special occasions and doesn’t go out for girls night or anything. Also she is a stay at home wife/mom so here aren’t any coworkers to worry about.

She exercises at home as we have a very nice home gym. I don’t believe her when she says she hasn’t cheated after getting married but I can’t think of anything suspicious.

My daughter is another story. She is absolutely livid about the whole situation.

I know teenagers can be emotional, I certainly remember how I was at her age. But she has never been very expressive, something I thought she or from me (nature vs nurture?) my daughter can’t stand to be around her mother.

She has said some truly awful things to her mother. Basically variations of calling her a dirty [email protected] who ruined our family.

Whenever my wife tries to talk to her, my daughter yells and swears and cries like I have never seen.

My daughter has even come o me privately saying that in the event of divorce she wants to stay with me.

I have made it clear in no uncertain terms that she is my daughter and I am her father regardless of the situation.

I’ve reiterated to her repeatedly that she can stay with me and I will never leave her.

She has even asked if it is possible to disown her mother and be adopted by me. I haven’t told this to my wife.

I need some time to process this. I think I’m writing this as a way to just come to terms with everything that has happened.