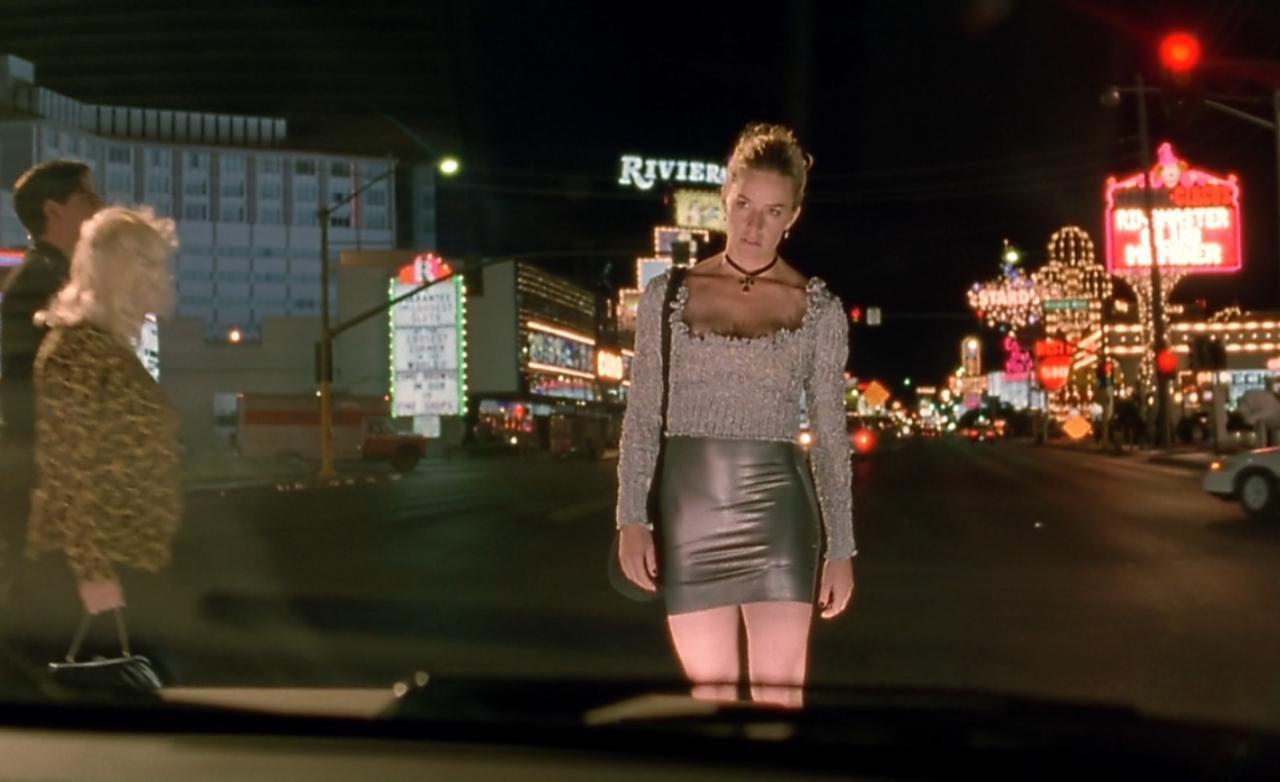 I was high as a kite when I got in the car and now I’m higher still. Every time things go right and you get a normal guy, not a nut, a cop, a non-payer, it feels like the world is your stage. Money, control, drugs, dudes, drama, excitement, attention, sex, nightlife “love,” glamor — I slam!

The dude is high too. Like me, he’s relieved he didn’t get robbed or stabbed or attacked by unseen accomplices, what used to be called the Murphy. Sure his wallet is lighter and he risked arrest and having his car impounded. But he got away with it — and doesn’t even feel like he cheated on his wife since it was just oral sex.

I do this for drugs but it’s also what I do when I’m on drugs. You couldn’t do it straight because you’d think about the dangers, disgrace, your parents and your teachers. Plus when you’re high getting in cars is fun! You’re dressed up, people “like” you and you’re making a huge hourly wage. You even wonder, in your drug haze, why all women don’t do this.

I look good. I may be hooked on meth, alcohol and cigarettes, I may not have eaten a nutritious meal for a year, I may not have been to a doctor or a dentist for five years, but the long legs with high heels, the emaciated torso and the big hair is stopping traffic. The straight women give me hate looks.

“Your husband will be late for dinner,” I want to say to them but I never have. The worst I’ve done is on a Saturday night when the dates come down my street, I’ll say “hi” to a cute dude I don’t know just to watch Muffy or Mindy or whoever the hell is on his arm lose it and ask him how he knows me. “Honest, I’ve never met her,” he insists.

One time another woman and I were waiting for the bus and I began to worry she thought I was working when I was legit and really getting on the bus. What a shock when the bus came and SHE didn’t get on because SHE was working. Who knew?

How does a nice girl turn out? A broken family and drug habit help but essentially the customers turn you out. You’re walking around the city with no job and no money and monkey on your back and the cars start stopping and pulling to the curb like an X-rated runway. They know your profession before you do.

My first exchange happened on a Saturday night when a guy who noted my high leather boots followed me into the vestibule of my apartment, crouched down and began licking my boot. In less than a minute he handed me money and left. I barely saw his face. The only words we exchanged were the “thank you” he said. I didn’t feel repulsed, sullied or offended– I felt exhilarated. Where are more of these guys? When he drove by in a car a few days later, we both knew the drill.

One of the first cars that stopped for me was a foreigner who barely spoke English. I told him what I cost and he wanted to bargain. I thought, I’ve sunk as low as a woman can sink and you want to bargain? It was one of the few times I got out. Another time, a truck driver tried to bargain with me in a Travel Lodge parking lot. This time I also walked away but he came running after me and agreed to my price.

The guy at the appliance store was one of my first meets. He is physically repulsive — maybe 300 pounds — and mentally repulsive. (“When you and me gon hook up” seems his only line.) But he’s set me up with several repeat customers — I have to do him and his brother in perpetuity — and more importantly he gives me drugs. The first time I got in his car he took me into the basement of his store which was such a dungeon I would have been praying to God if I believed in him. The fear of chainsaws and meat hooks actually cut through my meth high for a minute.

These johns all seem to know each other and more importantly they know other men. Many set up “trees” where they bring me their friends who pay full price while they get a discount or free. Not only is sharing a sex op a “boy thing,” most men have a little pimp in them and want to exploit “johns.”

One guy who drives a Jaguar knows a pharmacist who staged a robbery and has a lot of merch. He even gives the guys he sends me merch to give me. He had polio as a kid and is very short. He is not married. We talk a little; I don’t dislike him. He says he would marry me but someone like me would never stay with one man. He was shot in the face in a holdup recently and his jaw has been reconstructed. It is very odorific and makes sex unpleasant.

Another of my regulars owns a hardware store where we sometimes do it. He pays me every week whether or not he sees me and actually calls it my “allowance.” It is hard to square his fatherly manner with his lewd lifestyle. Another girl he sees sends me her rejects — a group of fat men who can’t ejaculate because of the drugs they are on. She thinks she’s dissing me but I need the money.

Another of my regulars is a big hedge fund trader. I hear he is rich but he pays no more than anyone else. In fact he pays less; he insists on meeting in a hotel room near financial row and deducts the room from my pay. He is also fat. I sometimes wonder what would happen if these fats guy expired while they were with me.

Mr. Hedge Fund has other rich friends including one who actually drops my cash on the floor and orders trades on the phone while I work on him. These guys could never be Sugar Daddies because I hate them. They invite me to meals (right–knowing their plans for my mouth) and on their yachts like I buy their lifestyle if I could just get past this selling sex thing. In fact one guy who pushed the escort thing and forced me to socialize with his friends in a bar crawl that lasted all night, I robbed him when he passed out in a motel. I left the door open so he would think the staff did it.

I also won’t do men in groups because they turn into rapes. You can control a one-on-one situation but you can’t stag parties and drunks. Once at a motel on the edge of town with no phone or switchboard because the office closed down, a whole group of men who knew I was in there broke in and mauled me. I had two choices: do it or do it and get beat up. It was terrifying and humiliating. When you’re outside the law, you can’t go to the police and say “I wasn’t paid.” Your lifestyle is your consent. The guy who set me up in the motel, told me later he went and shot out the windshields of the guys who did it. All I could think was, you knew the people who did this?