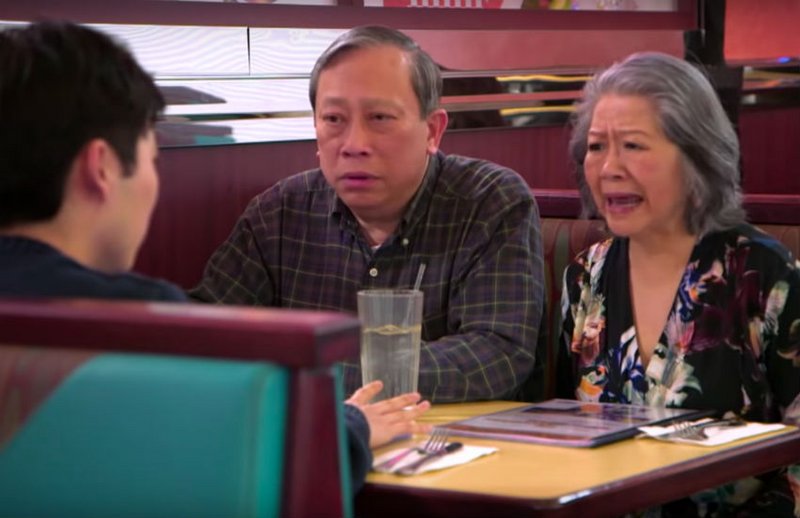 1. I visited a family friend with my parents, and while we were on our way back, my dad said he was discussing with the other parents about how me and their child, and most Asian children in this generation aren’t decisive/willing to take risks at all. I literally exploded.

Like why the fuck do you think we are this way?

Don’t you think maybe if you guys weren’t so fucking stingy with compliments and over critical with every single little mistake we made growing up then we would be a bit more confident and not deathly afraid of making mistakes???

Kid grow up to reflect how they are raised, it’s not like all of the Asian kids had a secret meeting and we just all decided to be constantly insecure and anxious as fuck and afraid of making decisions/mistakes in our life.

They raise their child toxically and then expect them to magically turn out like they were actually raised by mentally healthy and loving parents. Fuck you.

I turned out to be insecure and anxious and pessimistic and afraid of mistakes/decisions because you raised me this way.

2. Asian parent logic: I must berate and emotionally abuse my children. I will never apologize to my children for any mistakes, even if they are my fault. I will not respect their boundaries.

At the same time, I demand fearful obedience, financial support in old age, and unconditional devotion.

Asian parents expect children to adhere to a social code that they don’t even reciprocate. It is insane to abuse a child, rip away any sense of self worth from them and expect them to love you. How is a child suppose to even reciprocate or learn something that was never taught or shown??????????

God forbid I ever bring this up to the pea sized brains of my parents. I don’t want kids because I don’t want to perpetuate this toxicity. It can rot with my childless body when I die.

3. It amazes me that parents think doing the bare minimum as parents is deserving of lifelong gratitude.

You are literally supposed to do that for your children. Don’t have children if you don’t expect to do this as a parent, you idiots.

Like you feeding and clothing your kids make you an exceptional parent. I mean what was the alternative?

Child services being contacted was the only other option. You don’t get praised in school for getting 50%.

4. My mum is always comparing me to someone. This includes but is not limited to: my sibling, my cousins, distant relatives, my OWN friends, random news stories about 8 year old prodigies… Even Obama.

It’s gotten to the point where I’ve literally heard it all until today I was gushing about BTS and how proud I am of them for coming so far especially with their Grammy nomination, when my mum said this:

“Look at BTS working so hard. Why don’t you work as hard as them? They are so hard working. You’re not even worth BTS.”

5. Asian Parents sometimes like to say that we are "ungrateful" and "entitled". I think the opposite. I think THEY are the ones who are ungrateful and entitled.

They assume we should be automatically happy after being provided a “roof on your head, food to eat, clothes to wear”. They assume that just because of these things, we should be willing to do anything and everything they want, exactly the way they want it, whenever they want it.

They don’t like the fact that we have our own emotions, our own plans. It means, in their eyes, that we are “ungrateful”. However, being called ungrateful is nothing more than an insult. It holds no weight, parents are just mad that their directions are not being followed. Instead of appreciating that you have a child who does even decently at school, or piano, or anything, you hold them up to these ridiculous standards, always expecting more than what they have.

That in my view, is called being ungrateful.

6. The problem with Asian parents is that they refuse to look at us as separate human beings with our own thoughts, emotions, etc.

They also want control over every aspect of their life, I guess this extends to control of their kids.

And THEN they act surprised when all this backfires. “Oh, WHY IS HE LYING TO US”. Maybe because you restrict fucking everything? Come on.

7. Expecting kids to behave according to cultural practices of a place 1000s of miles away goes against our nature as human beings

As a student of science and psychology specifically, it kills me to see asian parents expecting their children who came here young or were born here to follow norms of a country in some other continent. It literally goes against our nature to adapt to places that are NOT in our immediate environment. It is completely abnormal and dysfunctional to raise kids with the expectation. If you are westnerized and live in the west then that means you are showing signs of healthy human behavior. We are not meant to stay in one time and place or adapt to environments that are not ours. We’d not make it as a species if this were the case.

I’ve seen parents who have been here for decades (my own especially) who literally show immense pride for not changing and still being very cultured. That’s insane to me. If you’re in a country for 30 years and you still live like you were back home then there is something incredibly dysfunctional about you. That’s not normal and horrible for your kids and this is because there is all this pressure to adhere to a place that they’ve never lived in while telling them to actively reject the place that you do.

Don’t get me wrong, I think celebrating your culture is great and incorporating culture in your life if thats your thing is fine. However, celebrating your culture and imposing culture on kids are very different and often the culture being imposed is not even the current culture back home anyways. What really happens (and I’m basing this on my mom) is that people back home have changed and grown and she has stuck in some 1970s time capsule that she keeps telling me to believe is what our culture back home looks like now.

8. I am every tiger parent’s dream daughter, and I am miserable

Thin, youthful, physically attractive, athletic, near-perfect health. Attended a top U.S. engineering school. Software engineer at Google. On track to be top 1% income and top 6% wealth for my age group within a year.

Yet they treat me like shit. Constantly screaming. Criticizing my every purchase. Asking how much I paid for certain items (coffee, food, bicycle) and complaining that I spend too much money. Not to mention back when I was a child I was screamed at and beaten every day, despite being a pretty good daughter. I have accomplished everything a tiger parent could ask for, yet I am miserable and so are my parents.

9. Turning 30 next month. My entire teens and 20s up to 27 was wasted. The best years of my life, under the vice grip of my overbearing, manipulative parents.

I was forced to commute to university. Never had the uni experience. Just classes and back home. By the time I entered the work world I was extremely under developed socially.

I got a great first job at a famous brand but compared to all the other grads there I was so far behind in every sense of being a professional. They were all great at shmoozing and articulating themselves. Being fun without being creepy. Being assertive in meetings and presentations. Organizing after-work grad socials etc. Meanwhile, I was the complete opposite of all that.

Even just everyday conversations they were all so well versed in different topics. Meanwhile I was sooo sheltered I had nothing to add to a conversation or tell a story. Mate, even my vocabulary, and literally how I string sentences together was underdeveloped.

And when I tried to fit in it came across very contrived and probably very creepy. I quit the job a year in because it was easier to run than get “found out”.

I didn’t start dating til 22. Even this was half-hearted because of the mental programming by APs and forced to stay at home, curfew and general overbearingness by them.

They didn’t know I was dating. But whenever I would go out my mum would literally harass me with calls and shouting when I got back home it was just easier to be an incel than deal with her bullshit.

Had no hobbies, because these were all labelled a waste of time.

Normally I used the gym to block and drown these regrets and feelings of self-pity. But since lockdown and no gym I’ve been abusing drink and food to avoid these thoughts. I just cant get over it. And I know these feelings will get worse the older I get and more time distance from my 20s.

I feel like at 29 I am at the development level of where most normal 20 year olds are.

I absolutely resent my parents and myself. I have immense self hate because of this shit.