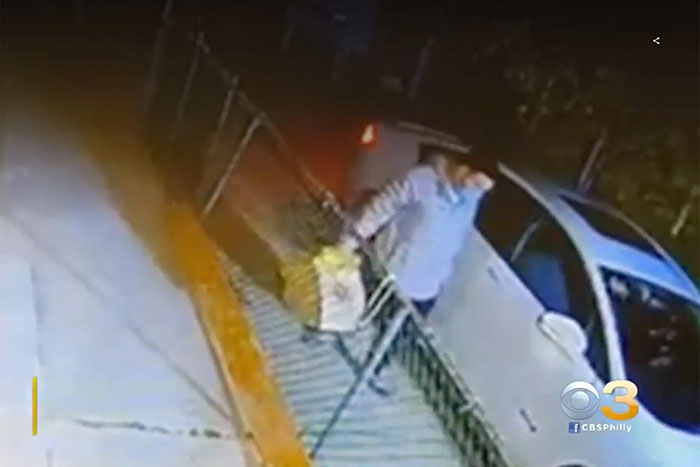 These guys fucked around and found out….one found out permanently!

A trio of would-be armed robbers picked on the wrong guy — a Philadelphia Uber driver who was also packing and shot two of the criminals, killing one of them, dramatic surveillance video shows.

The unidentified driver was in the city’s Mayfair neighborhood when the robbers were seen running up to him, footage posted online by KYW-TV shows.

That’s when the driver is seen blasting away at the robbers, who run for their lives — and two got hit by the quick-thinking driver.

Police said one of the wounded men was later pronounced dead at Jefferson Torresdale Hospital and the other is in critical condition, the outlet reported.

The two suspects who were shot were not identified, but police said both were 20 years old.

The third suspect remains on the loose.

Check out the full video with sound here