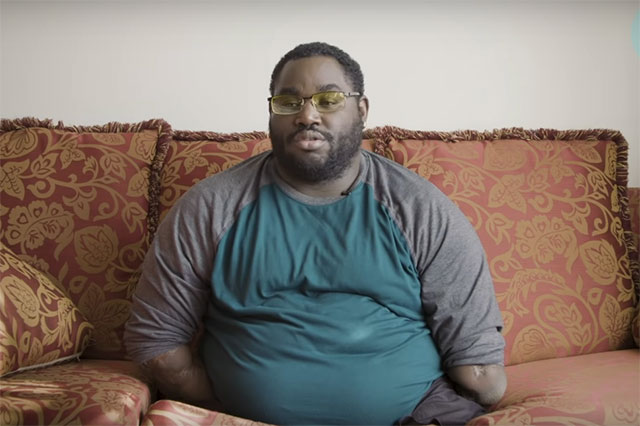 A father-of-four without arms and legs has proved that everything is possible, despite losing all his limbs to meningitis – inflammation of brain and spinal cord membranes – at the age of two.

Joseph Reed, from Milwaukee, Wisconsin, takes care of his kids, helps his wife with household duties and has a full-time job, all despite having no limbs.

The 34 year old said that although growing up without his arms and legs was hard, he can now live ‘no problem’ without his limbs, and that he doesn’t care what people say about him anymore.

He told Barcroft TV: ‘It was hard growing up with no limbs, everybody used to treat me differently back then, plus I grew up in a foster system.

‘Now I can live without limbs with no problem and I don’t care what people say anymore. I have to live for myself and be comfortable in my own skin.’

Joseph works as a sales rep in the electronics department at a local Walmart store.

He said: ‘I am probably the first cashier they have ever had with no hands and no legs.’

And when asked if his disability has affected his love life, Joseph said: ‘I have three beautiful kids with my wife. I have my youngest son outside my marriage.

‘So no, I would say that my condition didn’t affect my love life at all.’

Joseph met his wife, Lore Allen, in high school and the couple have now been married for over 13 years.

Asked about her impression of Joseph when they first met, Lore said: ‘This man was a serious playboy. He flirted with every woman he has seen.

‘The thing I love the most about Joseph is his personality and if I’d be down he comes in and brightens my day.

Lore said that despite her husband’s condition, Joseph always helps her with household duties.

‘He helps to run the house, he knows how to vacuum the floor. He also helps me to prepare food for the kids.

Joseph explained that he gets around the house my moving himself along on the floor, and hops up and down the stairs.

When he is cooking, going somewhere outside the house, and at work, he uses his wheelchair.

‘Even though he doesn’t have his limbs, he still can do everything. We live our life to the fullest,’ she said. 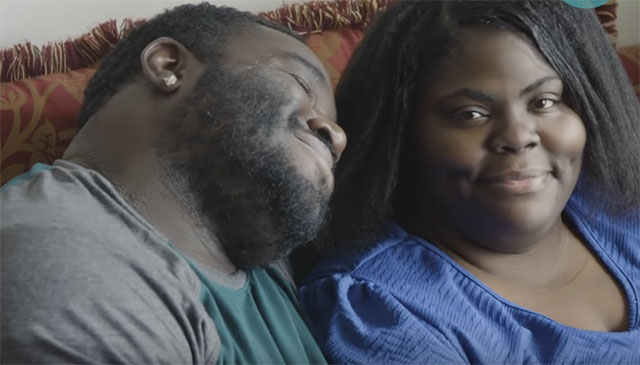 Lore admits that sometimes the couple get stared at when they are out and about.

She said: ‘I tell people, I don’t care. It doesn’t matter what age, what color it is, you know you love that person, that’s all that matters.

‘Love conquers all,’ she added.

Joseph experienced a difficult childhood, with his life in the care system leading to depression and even suicidal thoughts.

He said: ‘I went through a lot as a child, I even though about suicide a lot of times.’

Joseph had a troubled relationship with his adoptive mother and remembers the moment when he left her house in 2004.

He said: ‘My adopted mother was out of town.

Today the 34-year-old father considers himself as a happy man and lives his life to the fullest. 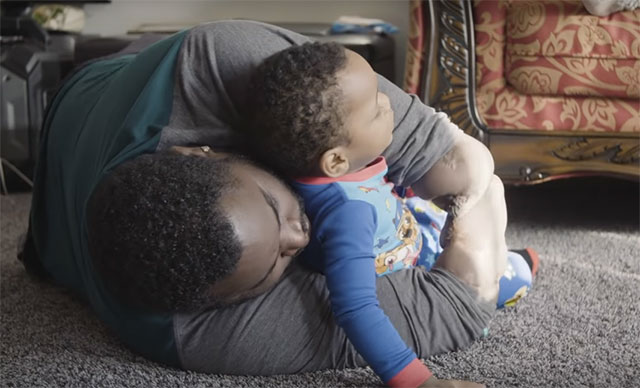 He said his children and family help him to maintain a positive mindset.

‘What keeps me so positive is that I know I have my kids, they have a father who is disabled but yet he gets up, and he works and he makes his family straight. 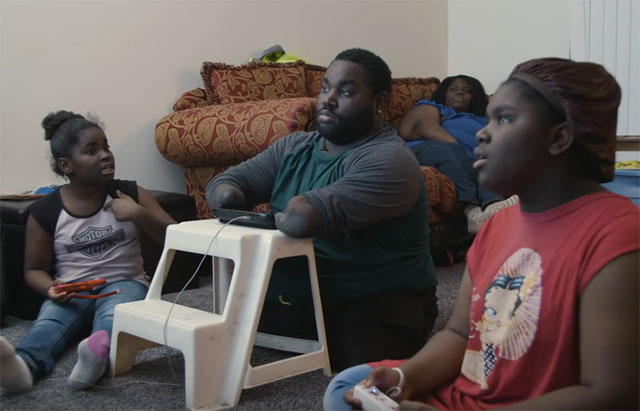 ‘And in the long run, the kids will have a chance to understand, “If my dad can do this with no hands and legs then I know I can do it and never give up”,’ he added.