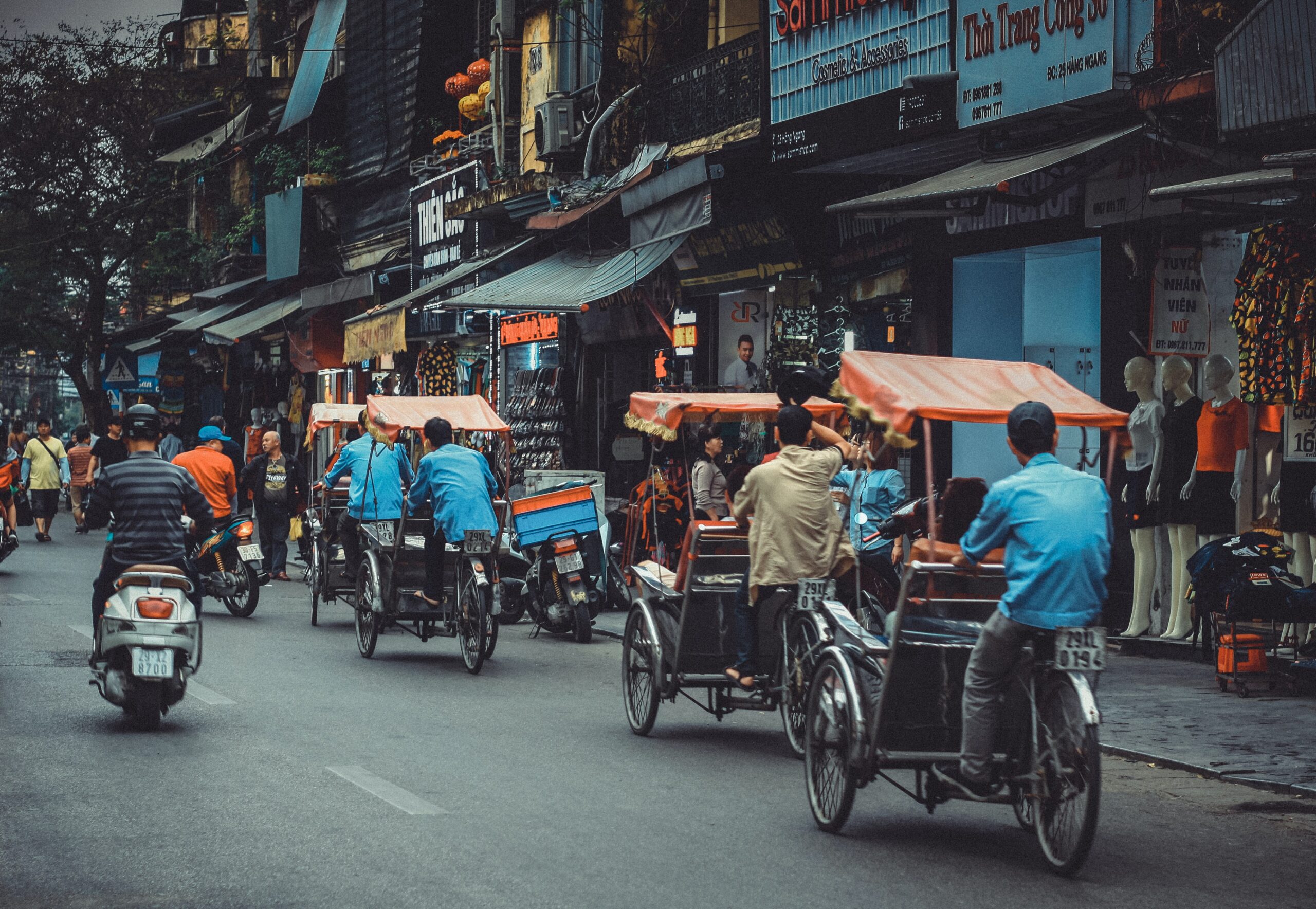 1. Mainland China: Do not buy traditional Chinese silk clothes and from a shop that also sells wreath. (no matter how beautiful they are) Those clothes are for dead people, and that shop is a shroud shop. You have no idea how horrifying to see a foreigner wearing them and walking down the street.

2. Vietnam – commit to crossing the road. I know it looks scary due to the endless scooter stampede but if you just cross at a steady pace, they’ll avoid you. Do not try to dodge or make sudden movements, you will get your ass hit and there will be no sympathy.

3. In Malaysia, it is absolutely normal for someone to ask you what race you are. It’s not meant to be offensive, just general curiousity.

4. Finland: Do not go too near anyone. Our personal space is huge.

5. When going to a friend’s house and the family offers you have dinner with them, it is impolite to say no. Also, they would insist that you stay over in case you’ve had too much a lambanog and will give you the next best mattress they have. Before you leave, accept the leftover they give should you be hungry on your way back home.

Filipino hospitality at its essence.

6. In America, if you rent a bike, you should be aware that even if the bike lane is painted onto the street in a rainbow pattern with flashing neon lights, nobody gives a shit. You are not safe in the bike lane.

7. I’m gonna give you guys some guidelines for southern Italy anyway:

You are allowed to wear Flip flops and shorts wherever you go. The fancy city area? Flip flop and Shorts are perfect. That 5 star hotel? Flip flops are welcomed. Public transport? You are weird if you do not wear them.

9. Denmark: DO NOT STAND OR WALK IN THE BIKELANE! You will get yelled at and/or run over.

10. I live in Japan. When riding an escalator, everyone stands on the left if they’re going to stand so that people that want to walk can pass by on the right.

11. New Zealand – You don’t go tramping if you don’t know anything about the weather or the tramp (tramp=overnight hike).

15. Ireland (and maybe the UK) Penneys (Primark) is the largest, cheapest clothes store you can find in any major town or city. No matter what you want, they have it.

You do not go to Penneys to have a good time. There’s no leisurely browsing here. Penneys is the fucking IKEA of the fashion world. You get in and you get out or it will destroy your soul.

No matter what time you go, it will be busy. The aisles fit approx. 1 person, and there will be prams. There will be one dress of your size on the rack if you’re lucky. The hangers won’t match the size, so you’ll have to flick through every dress looking at the tag to find it. Do not be surprised if the entire rack is the smallest size. If there’s a sale, everything will be a tangled mess. Approach it like you would Black Friday.

Irish children are already angry coming into Penneys. They know. Expect screaming and tears, and angry mothers who will snap at them or you, depending on which enters their personal space first.

You’ll be queueing behind 20 people and all of them will be buying a whole new wardrobe. Don’t look on either side of you. Penneys will try to tempt you with more things (and abandoned potential purchases) on your journey, both in your reach and just far enough away to make you leave the queue. If you stay the course, you can be out of there in ten minutes.

ALWAYS greet the people working in a shop with bonjour. Even if you don’t speak to them again or leave without buying anything, you also have to say au revoir. It’s rude not to.

French waiters might seem rude to some, but they’re just doing their job, and that doesn’t include the whole dog and pony show pretend to be your friend thing. They want to know what you want, they want to bring it to you, then they want to collect your money. In fancy restaurants it’s a little more formal but in cafés don’t be offended if you have to flag them down to get another coffee. They don’t have time to hover around twice or three times while you make up your mind on what you want. It’s not personal, they’re just busy and don’t see making friends as part of their job.

If you’re staying with French people, always ask if they need help in the kitchen. They will refuse, but you’re expected to get up and help anyway. They might still protest, but you should still try to do the dishes or something.

In many metro cars, the doors still have a manual open signal. If you’re closest to the exit door, you’re expected to twist the lever and make it open. Do this just a second before the train actually stops to look like a local. And push down hard, those things are tougher than you would think to activate.

If you accidentally make eye contact with a random person on the street, don’t smile. You will be considered a weirdo.

If you want to rent a car in France and can’t drive stick, you have to go to the airport. If you speak good enough French the clerk will make fun of you for not being able to drive a stick.

To successfully drive in Paris, you have to drive like a total asshole. None of this polite waiting for a gap in traffic to turn left. Just fucking go for it and expect everyone else to stop. No one is insured at the arc de triomphe, so drive through that particular roundabout at your own risk. Nobody honks except in huge emergencies. And if traffic is suddenly stopped in front of you, turn on your hazards.

18. In Canada, we’re not all super friendly. And we’re super sorry about that.