The final moments of a Japanese dive bomber, after being hit by the gunners of the USS Hornet, 1945

A Japanese plane caught squarely by antiaircraft fire leaves a trail of smoke and flame as it falls toward the ocean. The pilot might have already been dead by the time the bomber was going down; getting knocked out would probably be a small mercy compared to being burnt alive or drowning.

There’s a passage from an autobiography of a Second World War British bomber crew member called “In for a Penny, in for a Pound”: he describes that if they were to survive a crash but find themselves completely stuck in a burning wreck, they were instructed to stick their face in the flames and breath in. Their lungs would be incinerated from the heat, making them pass out, allowing a quicker and less painful death than being burned alive.

Whitechapel slum in 1888, the year Jack The Ripper struck 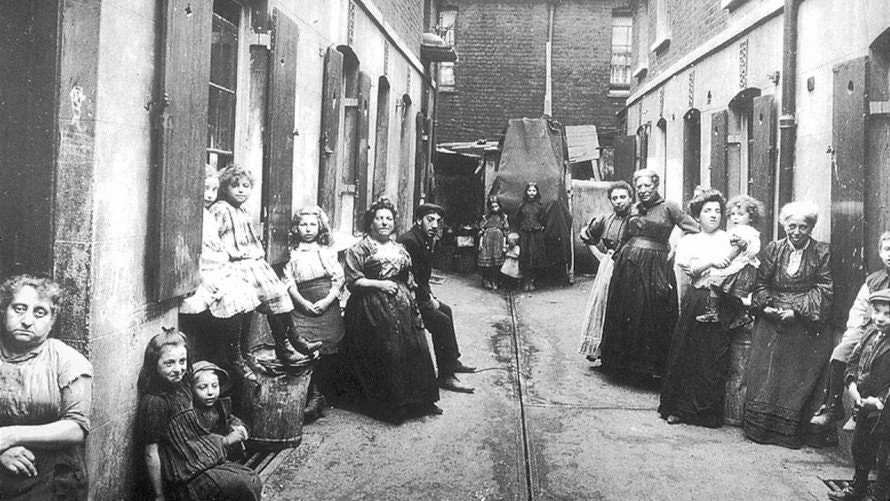 Jack The Ripper’s ‘From Hell’ letter

On October 16th George Lusk, the president of the Whitechapel Vigilance Committee, received a three-inch-square cardboard box in his mail. Inside was half a human kidney preserved in wine, along with the following letter. Medical reports carried out by Dr. Openshaw found the kidney to be very similar to the one removed from Catherine Eddowes, though his findings were inconclusive either way. The letter read as follows:

From hell.
Mr Lusk,
Sor
I send you half the Kidne I took from one woman and prasarved it for you tother piece I fried and ate it was very nise. I may send you the bloody knif that took it out if you only wate a whil longer

signed
Catch me when you can Mishter Lusk 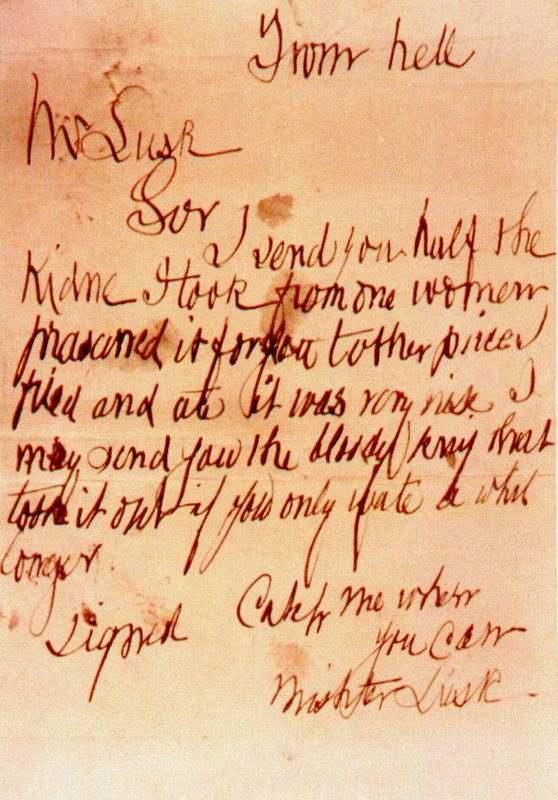 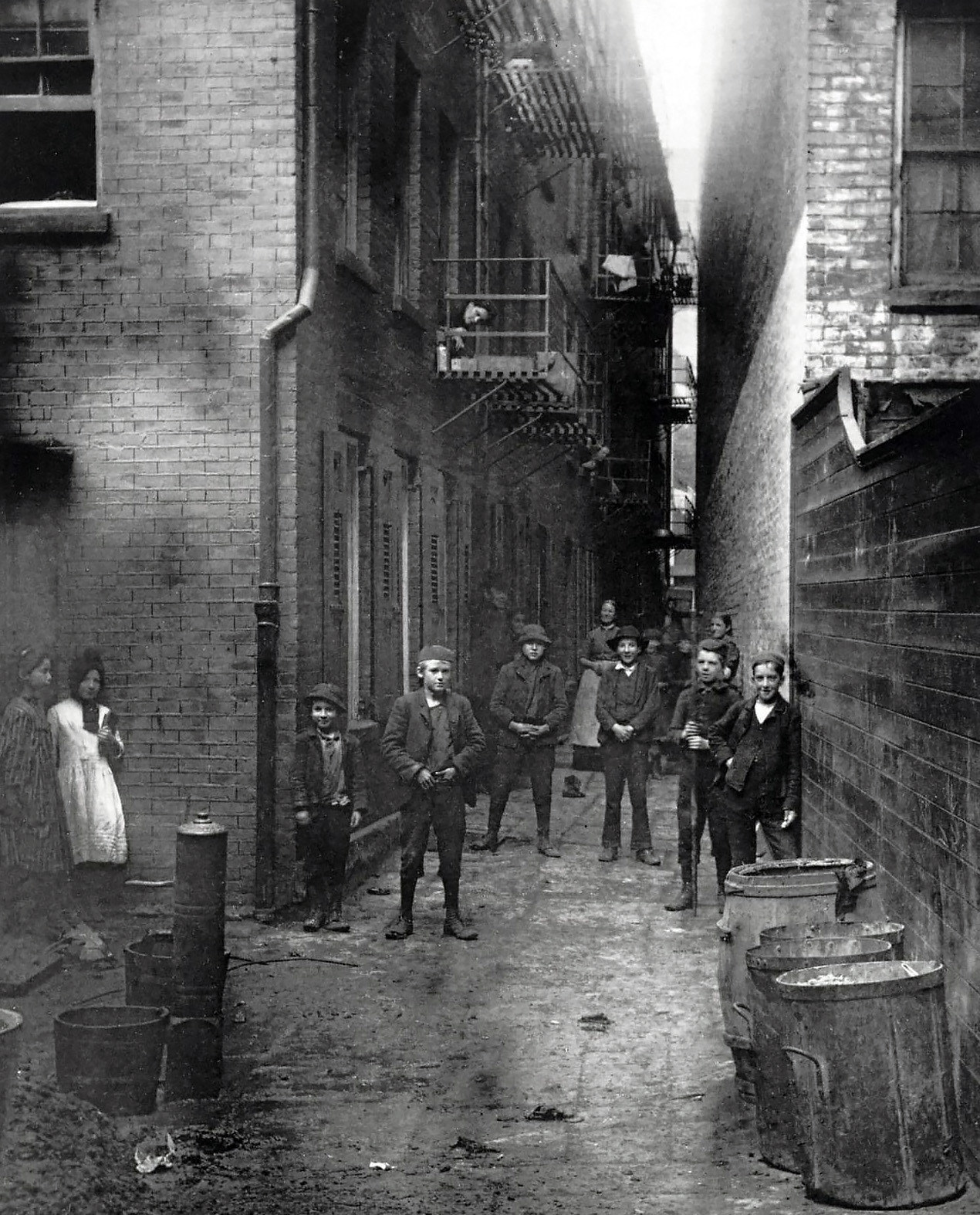 The shelter was named the “four penny coffin” because its sleeping quarters consisted of rows of coffin-shaped beds where homeless people could spend the night for a sum of four pennies. The four penny coffin was popular because it was cheaper than several small shelters that existed at the time, and its clients praised it because the Salvation Army allowed them to actually lie down and sleep on their backs. 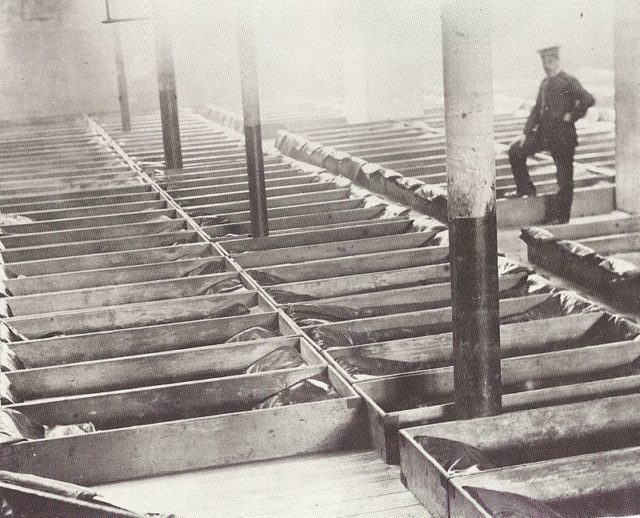 Those who could only come up with a single penny were allowed to sit on the shelter’s benches and rest, but they weren’t allowed to sleep and the shelter’s officials monitored the rooms at night to shake any poor folks who closed their eyes and drifted into a troubled slumber. 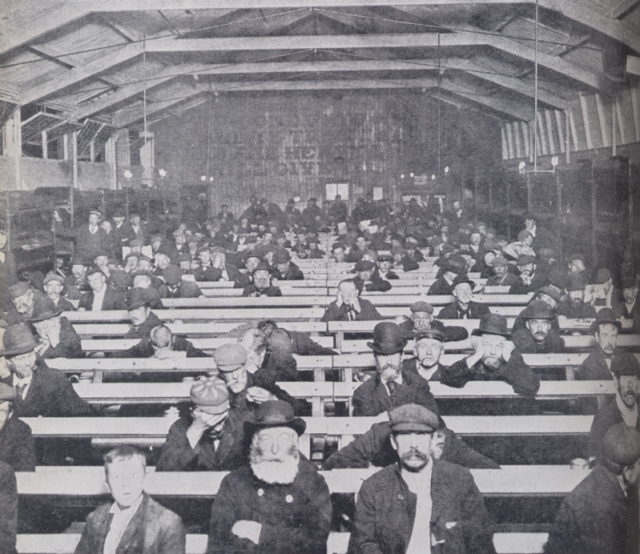 11 a.m. Newsies at Skeeter’s Branch, Jefferson near Franklin. They were all smoking. 1910, St. Louis, Missouri.

Chorus girls relaxing in the dressing room between scenes during the filming of ‘Broadway’, 1928

Dutch resistance members celebrate at the moment they heard of Adolf Hitler’s death over the radio, May 1945

The crew of Apollo 11 enjoy the traditional steak and egg breakfast before departing for the moon, July 16 1969

Private box in Ford’s Theater, Washington, where President Lincoln was assassinated by John Wilkes Booth on the night of April 14, 1865

A police officer transports a prisoner somewhere in the US using a mobile holding cell attached to his motorcycle, 1921