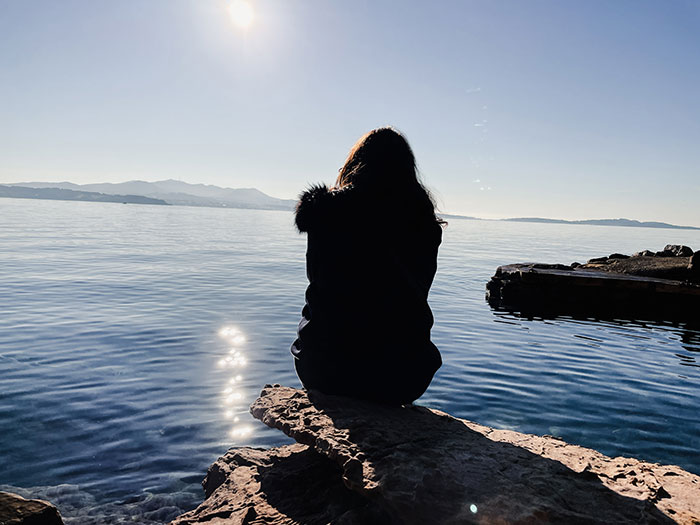 1. Apparently people think that I can’t be lonely just because there’s probably some desperate men around my dad’s age out there that would be willing to use my body.

Thing is, men having sex with ugly women doesn’t mean that they’d love her, date her, marry her, etc. And that’s what women want, at least the great majority of us.

Casual sex can be very dangerous for women for many reasons, pregnancy alone is a possible consequence. No way I’m going to risk myself just to let a desperate man (that doesn’t even like me) use my body.

But apparently, many people think that if I decide to protect myself this way, then I “can’t feel bad about being alone because I do it to myself”. But ofc, if I have sex with a desperate man that doesn’t love me, end up pregnant and become a single mom, it would be even HARDER for me to date and they would say “sorry, you should’ve chosen better”.

Ugly women always hear “Pff, just use dating apps” from other people. If I actually listen to that advice and just decide to open my legs to all the desperate men I see there until I find ONE that actually wants to STAY with me and not just pump-and-dump me, I’m 100% sure that all the people that gave me that “advice” would end up calling me “insecure, worthless and ruined wh*re” for having sex with many men.

An ugly man that ends up having a lot of casual sex with many women would get nothing but compliments for being able to attract the opposite sex despite being conventionally unattractive. On the other hand, if the opposite sex already disliked me just because I’m ugly, they would dislike me even MORE for sleeping with a lot of men… which is funny, because they are the main ones that keep giving ugly women the typical “just download tinder¡!¡1!” dumb advice in the first place.

2. I’m 41, and I’ve missed all the major things one is “supposed” to do in life. I’ve never had a boyfriend, never been married, and I’ll never be a mother. My parents have both passed away, but they really wanted to be grandparents, and I let them down. I probably disappointed them in every aspect of my life, and they were just too kind to show it. I’m a bit of a shut-in, and the only places I go to are work (sometimes) and the store. I don’t talk to anyone other than my co-workers. My only friend is my dog. I’m not attractive (I’m not overweight, but I have a bit of a flabby tummy that sticks out), and I will likely look old and decrepit soon (assuming I don’t already, we know mirrors lie to us). I probably drink too much.

Everything about me would just scream “red flag” to pretty much any man. I’ll never have a guy tell me he cares about me, that I make him happy, that he smiles when his phone dings, and he sees it’s a message from me.

I have nothing to look forward to in my life, except for maybe cancer, which killed both my parents. The only thing that keeps me from ending it is my dog – I worry about what would happen to him if I were gone. If my teenage self knew this was how life would end up for her, she probably wouldn’t have kept going

3. I genuinely get so depressed when I hear how men speak about “ugly” girls. It used to hurt when I was in high school, and I’d overhear guys calling girls “disgusting” or a “3/10” or just saying cruel things about their appearance.

Some men react with anger and aggression towards ugly girls….like we have offended their eyesight by daring to go out in public.

It hurt when guys would be nasty to me for “no reason”, but then they treat pretty girls with kindness and respect.

I can’t even watch many ‘dating’ shows or reality TV anymore, because I feel deeply hurt when guys on the show talk about how “ugly” and hideous female contestants are. Sometimes I think the girls are pretty too. And I get so hurt by their comments, cause I know they would make similar comments about my appearance. I can only imagine all the horrible shit that males have said behind my back throughout my life.

It also hurts knowing how some men can’t even show me basic respect or kindness, simply because they do not want to sleep with me. BUT if I had a prettier face, they would be offering me help, asking me out, showing an interest in me as a person.

It’s like those social experiments where they have a pretty model struggling to carry bags up the stairs or to change a tire…and countless males line up to help her and be a ‘hero’. BUT when it is an ugly girl, she is practically ignored by everyone and she might as well be invisible.

It’s just depressing. When you are an ugly girl, some males view you as lacking any value. You basically only get ignored or treated like trash.

I don’t even understand it, because I honestly believe I am even nicer to “unattractive” people……simply because I feel like attractive people have it easier in life and I am more intimidated by them anyway lol

4. It really hit me in the face. 90% of the womens issues are unrelateable to me due to my looks.

I’ve never been pretty so I have been 100% ignored by men. Literally I am a ghost. I’ve walked around at night to get off the bus and never been followed. I’ve never been sexually harassed. Never even had a man glance in my direction. I’ve never been ”mansplained” to. Men speak to me when they have to I find like they would to anyone else.

I’m beginning to think there really is an us and a them when it comes to how pretty and unattractive women experience this world. The attractive women seem to have a completely different experience with men and almost a heightened sense of danger.

Like I read a while back in my local newspaper how women are afraid to walk through the parking lot after dark of a particular gym as men have followed them, tried to assault them. I have walked through gym parking lots at 1 A.M in the morning and NEVER had this experience. Ever. Not one man has ever come my way.

I really don’t know how I feel about all of this. On one end I realize how different I am and how unattractive women are basically invisible and on the other end I am almost relieved I have never had these negative experiences as the attractive women. I almost (to an extent) feel that I am safer than they are and that may be true.

This makes me sense that unattractive women are almost considered as ”other men” rather than women. That sounds like a strange statement but it actually would make sense all considered. We’re not followed around because we’re not anything a man would want. Just as a man is not going to follow another man (unless the intent to rob them) they don’t bother with us either.

5. I was thinking recently that no matter how many people I meet and talk to, no matter how presentable I make myself, no one has ever had a crush on me. No one has called me attractive, no one has viewed me as a potential girlfriend – I’m just that random, weird, ugly girl. It’s so saddening and yet it’s the truth.. No one can see what little attractiveness I have on me, so might as well stop putting in the effort completely.

6. What’s the point of anything if I’m undesirable to men?

I know how silly and shallow this sounds but I just don’t feel motivated to do anything. I don’t want money, a house, a ‘career’ etc. I’m (probably) infertile so children are out of the question. And I’m objectively unattractive. I don’t even get pity compliments, men yell at me on the street calling me a dog etc. I don’t see why I should do anything. I’ve been unemployed since finishing uni a few years ago and I don’t want a job. I don’t want to go out into the world. I don’t want anyone looking at me. Even if I get into a relationship the man will never really want me, they will only ever be settling or looking over their shoulder for a better offer. I’m a woman, and the only thing that really matters if you’re a woman is that you are attractive and youthful. I am neither of these things so I am worthless. I feel pathetic thinking this way- I have read widely many feminist texts, books about ‘body image’ etc, done some gender studies courses at uni as well lol. Yet at the end of the day the realities don’t seem to really change. I don’t have ‘it’ so I don’t see the point of continuing. It doesn’t matter how smart I am or what I achieve, I’m unfuckable so I’m worthless

7. I am so sick of people putting the onus on me

It takes two, y’know. I can’t just go down to the store and get a boyfriend. No man has ever expressed interest in me, ever, yet somehow it’s my fault that they’re not interested? I can’t force men to look at me, let alone talk to me. But family members and coworkers always freakin’ phrase it as some kind of choice I’m making to be alone. It drives me absolutely insane.

8. I never felt related to other girls

Every girl is seen as beautiful, sexual, dainty, innocent, vulnerable little things that may be wanted by other men way too much, i never related to that. I was always seen as this grotesque deformed creature who no one would want. I never related to universal female experience of being checked out by other guys, being catcalled(i know its not a good thing but still) or being simped/flirted on. I was always invisible even when i was thin, i was still a 3.5/10 butterface still invisible to guys thanks to shit genetics and those shit masculine deformed features. A female’s biggest asset is her looks whether we want to accept or not, which i always lacked thanks to my shit inbred features. I never knew what its like for a guy to be nice to you or smile at you because i never experienced it. Guys are not nice to women who they deem as unfuckable. I just feel sad realizing this is how my life ended up thanks to shit cancerous genetics and this is how i will always be seen as, as this ugly deformed unlovable grotesque creature.