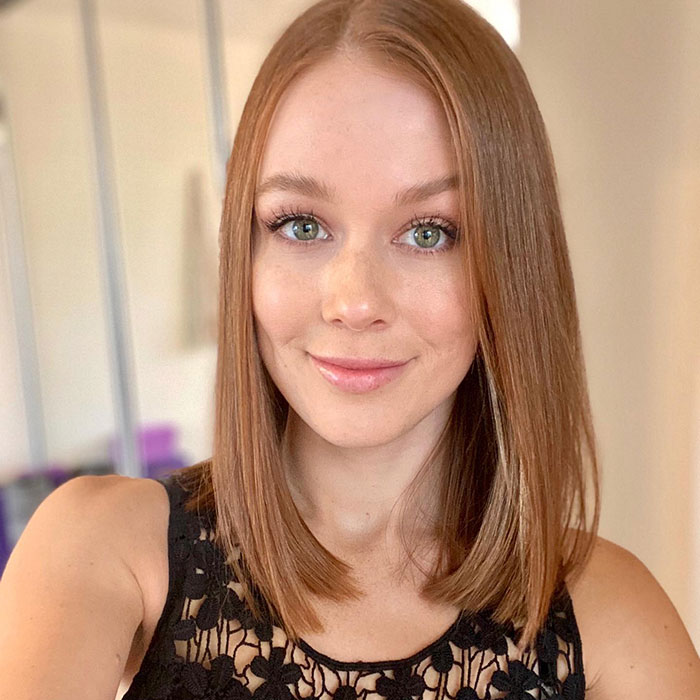 She was born in Ashland, Kentucky on August 31, 1991 and was raised in Greenville, South Carolina.

She has one brother and growing up she described herself as a tomboy.

“I would always be out in the yard playing with something. My brother and I were best friends!”

She was discovered by Playboy after a Playboy photographer discovered her photos on Model Mayhem. Initially she rejected shooting for him, however when she broke up with her boyfriend she opened up to the idea and went for it.

When it comes to men, the first thing she notices in a guy is "the way he carries himself and how he’s treating the people around him."

She reveals that she is attracted to a guy who is secure, intelligent, sexy, has a nice smile and has a great sense of humor. She isn’t attracted to ‘bad boys’

She is currently in a relationship with Chad Elie, who is the father of her baby. He is the founder of Leisure Pay, which is a company that help merchant accept cryptocurrency payments.

Leanna announced on her social media on April 7, 2021 that she was pregnant and had a gender reveal post which announced that her baby was a boy.

She mentions on Twitter that during her pregnancy she had cravings for sushi, lots of fruit, hash brown casserole from Cracker Barrel and funnel cake.

She documented her entire pregnancy on social media and even released a yoga video for prenatal women on her YouTube channel.

Leanna is an avid yoga practitioner and has been practicing since 2017. She often post photos of her in various yoga poses on social media. Beside traditional yoga, Leanna has also practiced aerial-yoga, which involves a hammock and being suspended in the air.

Speaking about her yoga progression she says:

“Nothing like that feeling of accomplishment after hot yoga. My first class I looked like I was going to fall over, and honestly was so embarrassed I didn’t want to go back. Fast forward to today and I’m bending and stretching my body into poses I didn’t think I would ever be able to do!”

She also says that yoga does not just change the way we see things; it also transforms the person who sees.

She is a huge animal lover and supports animal rights. She has a Red Nose Pit bull named Chino, another pit bull named Bruno and a poodle named Lil Man. She created an Instagram page for her two dogs and has documented their adventures together.

Leanna a huge advocate for people to adopt dog and not to shop for dogs. All her dogs have been adopted from shelters.

Leanna is an avid reader and often posts about the books that she reads on social media. A few books that she has posted about include Blink by Malcom Gladwell, The Four Agreements by Miguel Ruiz, Principles by Ray Dalio and The Punishment She Deserves by Elizabeth George.

She is a vegetarian and has said that "becoming vegetarian is not a diet choice for me. I was sick of feeling guilty every time I ate meat. I love animals too much"

The best pickup line she ever heard was " “You’re a ginger. Can I be one of your captured souls?”

Her breast are natural and she considers them her best assets.

Her favorite video games are Grand Theft Auto, Mario Kart and Guitar Hero and her favorite football team are The Steelers.

In 2021, Leanna had to file a police report about someone online threatened her and her family after he was scammed by a catfish pretending to be her.