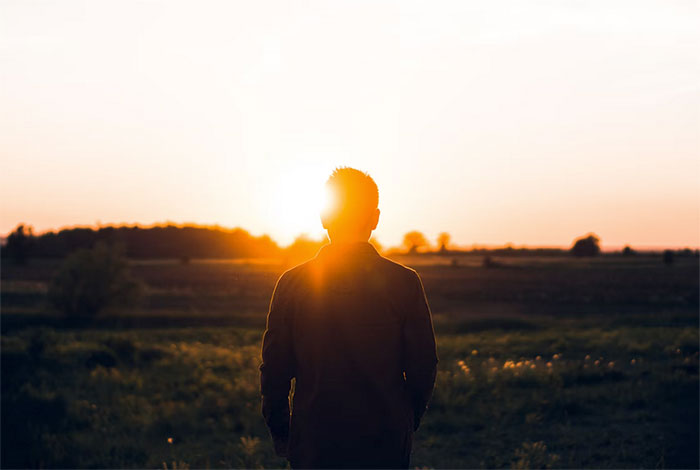 What pushed you to do it?

A lot. Losing my girlfriend, the savings account we worked at for years, the business we created. Just exacerbated my anxiety and depression.

My ex really pushed me to get help in the times where I wasn’t struggling, so I became defensive and put it off. I shouldn’t have, because it would have given me the skills to get through the times I was struggling. Therapy is a bitch. I keep learning things about myself that I’m not proud of. Things I could have managed better for years. The more I learn, the more confident I become that I can better myself.

How long did you take to decide that you were ready to end it?

I decided the night before. It took about 12 hours for me to finalize it.

Did you think about your girlfriend before you did it?

What did it feel like when you shot yourself?

Nobody prepares you for what getting shot feels like. It doesn’t hurt. It doesn’t sting. It doesn’t ache. It just burns. Like fire in my head. And blood pouring from my mouth.

I think I was still in shock when I arrived at the hospital, but when they pushed the fentanyl, all that burning went away and I could recognize how much burning pain I was in.

I remember not being able to talk because my tongue hurt.

My pain the first month in the hospital got progressively worse, but high amounts of painkillers will trick you into that.

How did the shot not kill you? How did it “miss”?

I don’t fucking know. It went in by the corner of my left jaw, and came out above my forehead on the right side, taking most of the orbit of my eye with it. I fucked up.

What caliber did you use?

Maybe it wasn’t your time?

I wish. I don’t really believe in that mentality. Someone close to me said something along the lines of, “God wasn’t ready for you yet.” And my first thought was, “thousands of years of medicine research and a team of excellent doctors is the reason I’m here, but ok.”

I’ve read stories about how people who jumped off bridges (and survived) immediately regretted doing so and wanted to live more than anything as they were falling. Right after the moment, did you have regrets about doing it with a desire to live or maybe have disappointments that it didn’t work? Or maybe no feelings at all right after?

I woke up with a “what the fuck?” Mentality. I was more confused that I woke up. I didn’t really have feelings about it until a few months later when the drugs wore off.

What was the first thing your mom said to you afterwards?

I’m not sure what my mom said. I woke up post surgery and my whole family was there (they all had to fly in). I was very confused. (Now I know I was in surgery for 10 hours).

What was the road to recovery like for you?

Lots of reintegration with my parents and immediate family, which has been great. It fortunately brought us all closer.

Before I did it, I can’t remember the last time my brother and I spoke on the phone even. It really shook my brother the most. I’m super grateful for his presence in my life now.

Physically, what are the long term consequences to your face and skull from shooting your self?

Physically, I lost my right eye. And I have a plate in my jaw forever. And my forehead is missing a piece of bone they took out during a bifrontal craniotomy. Beyond that, I’m pretty healthy.

Is your face messed up?

Pretty normal for a dude with one eye.

Are you dealing with chronic pain, nerve damage, headaches, etc.?

It’s alright. Headaches suck, mostly because only morphine is enough to dull them. Nerve damage is only in my jaw/tongue/cheek, which is frustrating, but I started vaping because it makes my tongue tingle, and I don’t bite it accidentally anymore.

Probably not. But she won’t talk to me. I truly hope she is. Of all the negativity between us, I only hope that she’s doing well and that someday, sooner than later, we can sit down and have an honest discussion about it.

What’s something you would want to say to your ex-girlfriend?

This is something I think about all the time. Previously, I was very concerned with myself, and put myself into context when I didn’t need to. That’s something I’d change if I had an hour to sit down with her.

I’d really like her to know that I love her. To this day, nothing has changed. I’d like to have the conversation that I don’t hold anything against her, except for the fact that she knew and didn’t drag me to get help and stand by me, in ways I did for her, and leaving me in the worst of times.

Do you still harbor thoughts about suicide?

They’ve mostly gone away. There are times I ponder it, but it’s more the idea of, whereas previously I was fantasizing the roadmap.

Did anything change about your personality or preferences on things as a result of the trauma? Something you would never expect that would change?

Not particularly in personality or preferences. I became a hell of a lot more forgiving and patient, which wasn’t much existent (except with my kids) before.

I think the thing that changed the most was having my emotional brain available. I wasn’t very capable of connecting with my emotions before, I genuinely thought I was broken. I really got down on myself when it came to my ex, because I couldn’t empathize with her when she experienced heightened emotions, and it put a wedge between us, or I did. Now I’m empathizing with commercials, and it’s really bizarre when I become mindful of it, even still.

Do you regret doing it?

How are things going for you now?

It’s not really going better. I spent years developing a family and life. It’s going about exactly as I predicted before putting a gun to my head. But! On the other side of that, I’ve learned a tremendous amount about love, myself, and bettering myself mentally that I never could have without experiencing tragedy in my previous lifestyle.

And I get to share my story and hopefully help others, which is something I never cared much about.