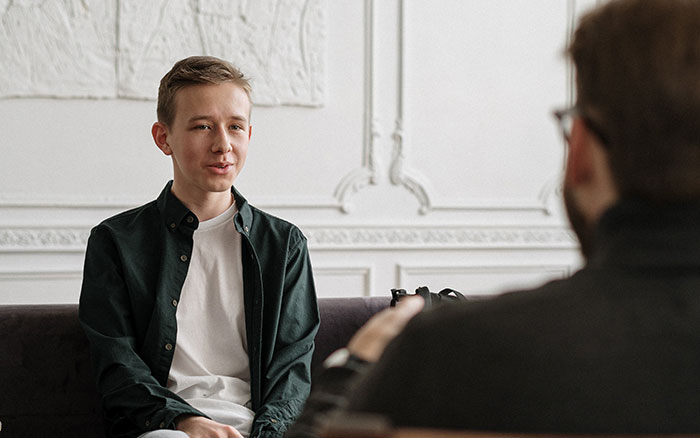 No one is superhuman and we all have our own needs. It’s why we have therapy groups for Carers. It’s okay to struggle to look after someone and you should in no way feel ashamed of having those feelings.

2. Unwanted intrusive thoughts are normal and do not mean you are a bad person (yes, even intrusions of sexual/religious/moral themes).

By definition, these are thoughts that are unwanted bc they go against your own values and highlight what you don’t want to do (eg, a religious person having unwanted blasphemous images pop into their mind, or a new parent having unwanted sexual thoughts about their new baby).

However normal these thoughts are (over 90% of the population), the moral nature of these thoughts mean that often people experience a lot of shame and take many years before they first tell someone about them.

4. Clients become quite fearful of admitting that they weren’t successful since the last time they had a session. This could include not succeeding in using a coping skill that they’re learning about, or not being able to complete a homework assignment I gave them. Humans aren’t robots, and therapy is a lot of work.

That being said, I don’t expect people to be perfect as they start to work on themselves in a positive way. It takes time to really commit to change, especially in relation to trauma or conflicted views that an individual holds. I feel as if the client doesn’t want to let me down as their therapist, but these “failure” events are just as important to talk about as successful moments!

5. Intrusive thoughts about sex with family members or (in their mind ) “nymphomania” as a result of childhood sexual trauma (and adult). Hyper sexuality isn’t often discussed as one of the PTSD symptoms, so people walk around with so much shame about it.

6. A common one in the time I was a therapist was simply “I don’t know”.

You’d be surprised how reluctant people are to admit that they don’t know why they’re feeling how they are. But that’s exactly why you’re (or were, I’m not a therapist any more) sat there with me; so we can figure out why together.

It always put me in mind of a line from America by Simon and Garfunkel:

8. Basically, anything having to do with sex. There’s so much shame. Sexual abuse. Sexual fantasies and fetishes. Erectile dysfunction. Infidelity. Becoming sexually assertive. I’ve been told that I have a good “psychologist’s face.” I try not to have a strong reaction to normalize the discussion. With adolescents, they are extremely anxious to tell me if they’ve relapsed or aren’t doing well. They cut one night or they were suicidal. They’re having a lot of negative self-talk or panic attacks. They’ll come in, pretending everything is okay. It’s usually in the last 10-15 minutes that they’ll say something. They’ll reveal that they worried they’d let me down. That I’d be disappointed in them. It usually turns into a discussion about policing other people’s feelings and tolerating emotions. I explain that I care about their well-being and it’s my job to monitor my emotions and reactions, not their role.

9. I’d say a common one is believing that there’s something innately, irreparably wrong with them that makes them unable to ever truly ‘fit in’. For a lot of people it’s such a deeply ingrained belief that it can be extremely painful to acknowledge or express, regardless of the level of personal success in their lives.

10. Two topics come up with regularity: when someone discloses to me that they were sexually abused as a kid, and/or when some is experiencing suicidal ideation. Both are something I hear from clients every single day, and so I don’t find it weird at all. But, when I have someone in front of me who’s talking about it for the first time, I know it’s important to validate the fact that even though I might be talking about this for like the fifth time that day, they have never talked about this EVER, and are in need of gentle care to feel safe.

A lot of people (falsely) believe there is something wrong with their marriage because they fantasize about people other than their partner.

12. I do a lot of trauma work. Many people who have experienced molestation or sexual assault feel ashamed and confused because their bodies responded.

Having an erection/lubrication or even an orgasm does not mean you wanted the sexual contact and it is still assault. Clients often hold a lot of shame and confusion about this.

They wonder if it means they wanted it or if there is something wrong with them. It is a tough thing to work through because of this. Assault is assault. Sometimes human bodies respond to sexual touch even when we don’t want that touch.

13. To name a few: “compulsive” masturbation, fears of being a pedophile/rapist (this is a common OCD fear), hoarding, sexual performance difficulties, history of sexual abuse or sexual assault (unfortunately it is VERY common), drug use, amount of money spent on various things, having an ASD diagnosis, going back to an abusive relationship / staying in an abusive relationship, grieving years and years after a loss, self-harm of all sorts, wanting to abandon their current lifestyle (for example, to have more sex, to escape responsibility or expectations), history of gang violence / crime, their sexuality (or asexuality), gender identity, the impact of racism / racial trauma, paranoia, hallucinations, feeling uncomfortable in therapy, not believing in therapy, difficulty trusting a therapist, fear of psychiatric medication, fear of doctors in general.

14. Recurring intrusive thoughts about harming others. Can be hurting/killing someone or sexual fantasies about children or relatives. Usually people take a while to admit those.

The reality is that if you are having them frequently you aren’t dangerous. You probably have OCD and are terrified that you might be dangerous.