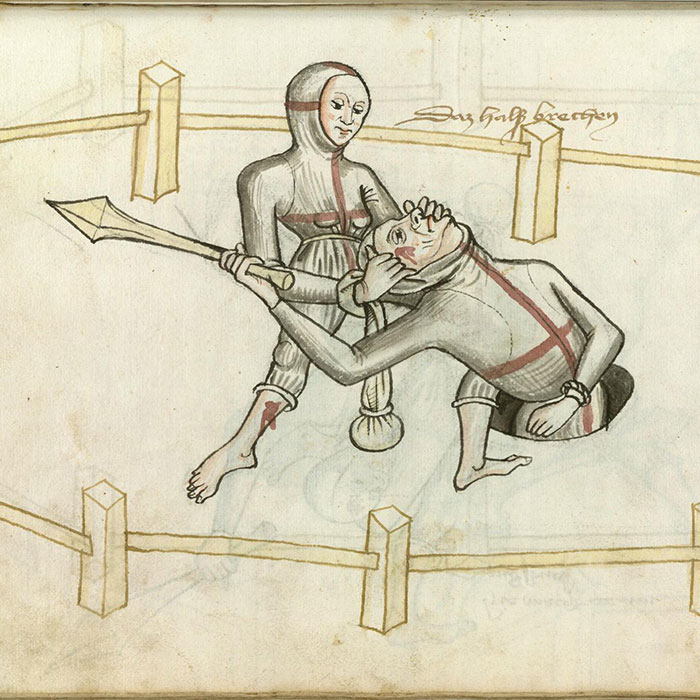 In medieval Germany, husbands and wives could fight in a marital duel in order to legally settle their disputes.

Interestingly, the man had to fight in a hole with one of his arms tied behind his back. The woman was allowed to move freely within the arena but had to wear cloth containing weights. As for her weapon, she was usually given a sack filled with rocks. The man was provided with three clubs. However, if he touched the side of the hole during combat, he had to forfeit one of his clubs.

Married couples were usually given a month or two to settle their differences prior to combat. The duel would only take place if they could not compromise and make peace with each other. If the husband lost the duel, he would have his head cut off. If the wife lost the duel, she would be buried alive. 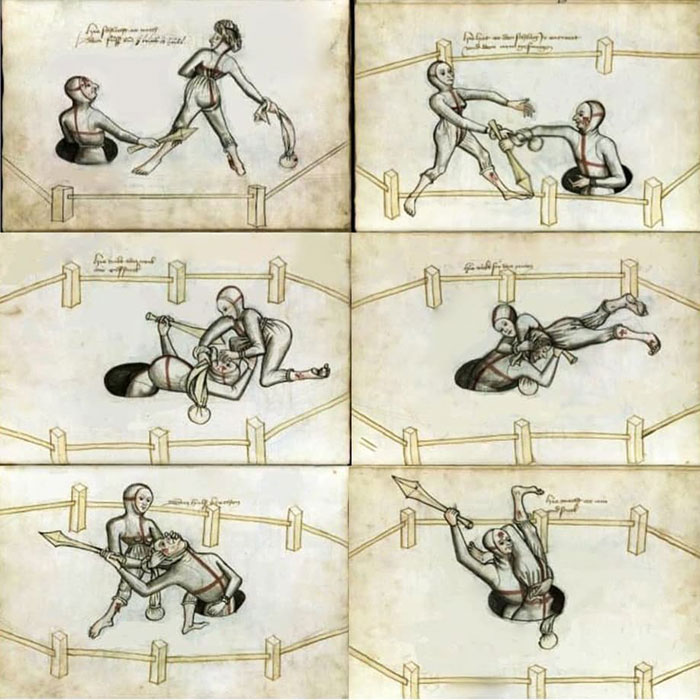