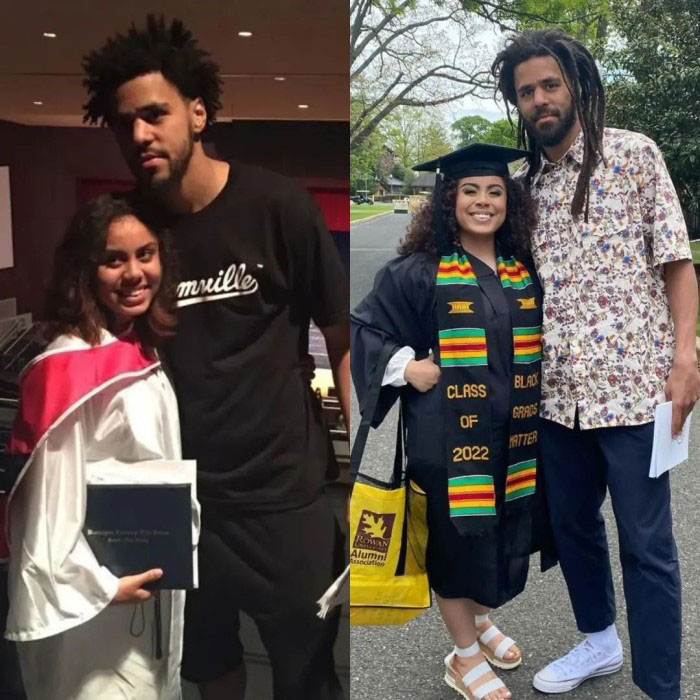 A promise nearly a decade in the making was finally fulfilled at a university graduation Wednesday.

On Wednesday, the Grammy-winning rapper was spotted at the graduation ceremony for Rowan University’s class of 2022.

Cole was there to celebrate the achievements of graduate Cierra Bosarge—a die-hard fan whom he had met nearly a decade ago.

Bosarge, who graduated from Rowan with a Journalism major, as well as minoring in Africana Studies and Arabic, previously told Complex she first spoke to Cole in 2013, after she called a radio station expressing her desire to have Cole wish her a happy birthday. 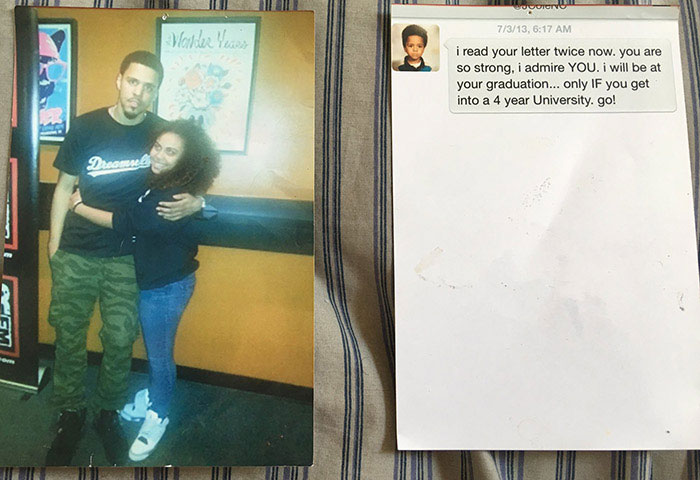 About three months later, the then-high school student received a call from Cole, who invited her to meet him in person. When they eventually met up in Philly, Bosarge handed Cole a letter she had written for him years prior.

“In the letter it says all I went through,” Bosarge explained at the time. “With being adopted, my parents being hooked on drugs, in and out of prison. At the time both parents were in prison so I asked him could he come to my graduation since they can’t.”

Cole told Bosarge he would attend her high school graduation—that is, if she got into a four-year university. Borsage kept her grades up and was ultimately accepted into college.

Two years after their meeting, the Dreamville rapper showed up at the Bosarge’s high school graduation to fulfill his promise.

But that wasn’t the last time he’d show her his support. Cole attended Bosarge’s graduation ceremony at Rowan University in New Jersey with graduates and attendees sharing photos of his appearance on social media.

this is for all the fans that waited, the bitch niggas that hated, old hoes we dated, look mama, we made it 🥹💙 pic.twitter.com/RjH1gDzXgQ

Speaking with Complex following her college graduation, Bosarge said that it meant “everything” to her to have “the people that matter to me show up for me.” Bosarge added, “I definitely feel the love & that’s what I needed.”

Congrats on your accomplishment, you deserve it!! Love to see it. https://t.co/1JGPFski4q