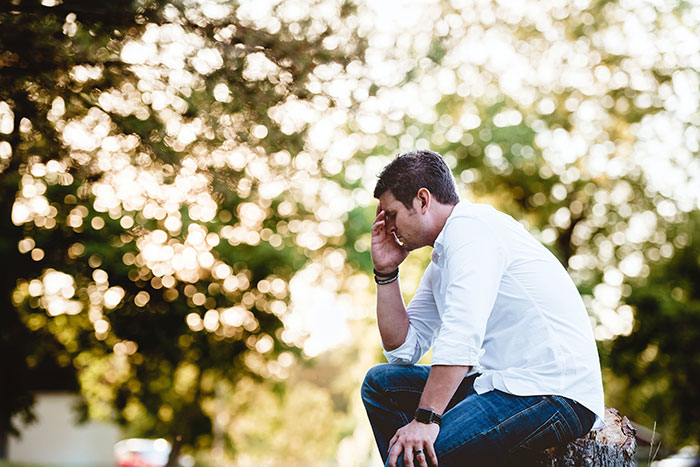 So, I’ve been with my wife (34yo, I’m 35) for 17 years. High school sweethearts, and got married 7 months before he was born, as soon as we knew she was pregnant. We have always had sex, and enjoyed it, ever since we started, with very few breaks. I can say we had, so far, a very happy life together, and no reason whatsoever to think the opposite.

Then, yesterday, my world collapsed: the boy’s health recently started to worry us, and we took him to a doctor, who tested him positive for a genetic disease that had to be present in both parents. We both got tested, but only she tested positive – I didn’t. And that’s when she said that the boy’s father was not me.

Right now, I don’t know what to do. I can’t process this – we went through college together with very few issues; we had, or so I thought, a happy life together, we have similar work schedules and I have never once suspected something was happening on my back. And yet, this is not my son. This is one of her co-workers from another job’s son, as she now told me. She told me she had fallen for this guy for about a month, they had sex a couple of times, and then they stopped because she loved me oh so much. And through this month, I suspected absolutely nothing, and happily lived my happy life.

I can’t trust her, now. I can’t barely look at her in the eyes. I thought we had everything that we wanted, and we were already making plans of having a kid, when he appeared. We were happy. I was genuinely happy. And now, I can’t help it but feel that I lived a nine year old lie.

I remember proposing (humorously) that we get a parenting test at the time, because I was still using condoms, and she just told me “don’t be silly” in an expectable reply. She could have freaked out, or get defensive, but acting normal was all she had to do to make it go away. I was actually kidding, and now, more than ever, I regret that. She knew I was kidding. She was a bitch.

It gets worse – I can’t look at the boy the same way. It’s not his fault, and I’ve loved that little pest ever since before he was born. But I can’t feel that now. I feel he’s someone I raised, but he’s not my son. I was taken that connection away. With him, with her, with everything. And he’s got a fucking life-threatening disease that may require a liver transplant and will probably need me more than ever.

We have a big house, good cars, a nice life without any financial worries, but I lost what mattered the most.

I need help coping with this. I don’t know what to do, or who to speak to about this. I have to let this out, or I’ll snap. It’s all a whirlpool of emotions. Hate and rage. Not healthy at all. We are still together, but I don’t know if we can make it. I can’t look at her, I can’t tolerate her voice, and I have started to be cold to the boy, which I’m feeling absolutely miserable about. He is a smart kid, and he already knows something is wrong. But I can’t help it.

She said it only happened that time, she felt adventurous, she just wanted something out of routine, but I can’t believe her. This was not simply being cheated. My life became a lie, and I feel I lost everything but the meaningless things. She’s not the person I knew, he’s not my son, and all in all, I’m alone, and without offspring of my own.

Has anyone been here, and got a happy ending? I don’t want a divorce, because that would be ending all that we ever had, but on the other hand, I question whatever it was that we really had.