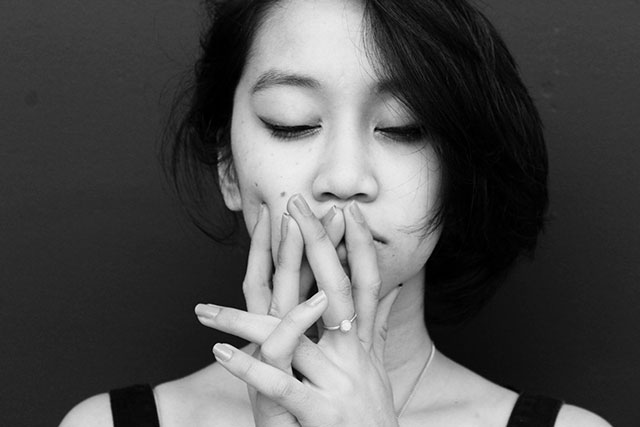 I once had it all – literally what seemed to be the pinnacle of my life or so it seemed. We just purchased a beautiful new home in a great area of the city. Zero debt plus 6 figures in the bank. Cute new car. Great position at work. To the outside world, we seemed like the “it” couple. Then everything came crashing down.. fast and HARD!

Marriage dissolved almost overnight. I lasted ONE year in that brand new house. ONE. For reasons too long to list, my 14 yr relationship with what was supposed to be my “life” partner dissolved. And with it, I also lost my immediate family – goodbye brother and mother (dad croaked years ago).

SAME effin time, my work decided to let me go – AFTER dedicating 10 years of my life to them and being promoted 4–5xs. I didn’t see it coming at all. It was almost like I was blindsided. I was in the middle of a monster release, was working around the clock – so much so that my European counterparts were convinced I never slept. My developers, everyone was BLINDSIDED that THEY (VPs, CTO, etc) chose to cut me off. Me and my barely 6 figure salary. I believe I was paid about high $90k then.

And my SHITHOLE of a soon to be ex wanted EVERY FKN THING! He would NOT let me go. So I left him the house, car, everything in it. EVERYTHING was devalued at a fraction of a price just so that I can be free and OUT of harms way. What did this mean? It meant that I had to start over… and can kiss my upgraded Samsung appliances buh-bye. LOL it was back to laundry mats again. Which is fine but still.. I miss having my own washer dryer.

Same time my 16 yr old dog is dying… Literally. He was diagnosed with an incurable aggressive tumor at the same time my marriage fell apart. So to date- lost my house, husband, job, mother, brother and now dog?! Yea shit times dont even being to cover it.

PLUS I had to now pay my very expensive divorce attorney. Yes he kept me safe but at a price. $50k to be exact.

By some miracle, my old landlord heard of my plight and offered me my old home back. Upgraded appliances and all. Phew. So that solved where to live. But the economy was still in the tank. NO ONE WAS HIRING! And I mean NO one.

Despite my good background, I couldn’t find a job close by. Ended up commuting down the Peninsula 2 hours each way. Did I mention my ex got the car? Yep so I Zipcar and rode their shuttle and just made it work. My health took the brute of it. My body was attacking itself from all the stress. My gums became swollen. My digestive tract rejected something as simple as strawberries. And there was nothing my GP could do but wait for the stress to subside and for my body to go back to “normal”. I ballooned up 45 lbs in 6 months because of this and no, I wasn’t pregnant.

But I was working right? LOL wrong. That peninsula gig lasted approximately 2 months! The boss turned out to be an utter nightmare. All 8 people in her dept either quit or transferred out she was such a dragon lady. A few months later my old job (yes the one that let me go) asked me to come back and help them out of a bind. *sigh* Beggars cannot be choosers, right? It’s work, right?

So I returned.. 45 lbs bigger and clearly depressed because of everything else going on in my life. Everyone at work was flabbergasted. Few could barely recognize me. Some naively asked if I was happy to be back. I responded “This feels like attending your exbf’s wedding and he’s marrying a supermodel. Btw he’s the one who got away.. That’s what THIS feels like”

But I soldiered on cuz I needed the money. That didn’t last. My boss at the time turned out to be dealing with her own life problems and thus wasn’t in the best headspace – explaining the sudden bind. The person who I replaced couldn’t take the stress and jump ship midstream – which is highly unusual, especially knowing her caliber and strong work ethic. So this “return” only lasted 3 months! My exit was so callous that they turned off my admin rights AS I was teaching a class!

At this point, I sincerely hated life. I was trying to make the financial bleed stop. I even played around w/ water fasting thinking of various ways to stretch the dollar. The only person who didn’t suffer was my dying dog. I forgoed vitamins, healthy food, healthcare, etc. I sold EVERYTHING. All my electronic appliances – gone via Ebay. All my jewelry gone!

Diamond stud earrings went to a lovely lesbian via Ebay. I gave sent her the appraisal that I had made almost a decade ago for insurance purposes. My watch went to a second hand shop in Florida. My cocktail earrings went to a diamond merchant downtown. And my wedding rings went to an “estate” jeweler close by. The last stung the most. I never had ANYTHING EXPENSIVE my whole life. This was it. I cried SO much. I didn’t want to let them go but I had zero choice. None.

Unemployment was maxed out after 6 months. I sold everything else at home. LOL I even sold my stupid Burberry scarf, air filter and a flash drive. Basically if it served no utilitarian purpose, it was gone. Even if I only made $5. It was still $5 more than what I previously had.

I remember the jeweler almost didn’t take the rings. He said I needed to stop crying or else he wouldn’t take them and gave me this stupid lecture how they weren’t flawless. Flawless my azz. I know jewelry and they nearly ticked off “excellent” in all the 4Cs. He said I was young and pretty and will probably remarry. LOL I couldn’t think straight. I could not stop crying. How do I explain to him that I was married to a monster and those rings were the only piece of jewelry that I ever had the 14 yrs I was with him. My eyes even water now in remembrance.

But I had to pay the bills. I have to pay my rent and utilities. My utilities got turned off at least once. EACH of them.

I ended up at a startup through a recruiter who I met via an old application a few yrs ago. That was ok until she met me. Talk about catfight. Meow! She got on my case because I was always hungry and started to shrink. How do I explain to her that I barely had any food at home? That being at work and access to the snacks and free meals was my guaranteed sustenance of the day?! But I kept it professional.

And lo behold this Series A startup closed up shop. That gig lasted 4 1/2 months. FML!!! And worse yet, not only did they lose funding but we had to move.. from the best place of the city to the worst. So not only was I poor but now I’m worried about my safety because I’m now surrounded by drugged out vagrants. Lovely.

All throughout this time, I maxed out my CCs. Cashed in my 401k. Liquidated my savings. I was as poor as can be. And completely utterly miserable.

18 months floated by.. yes 18 months and zero bites. None, nada. I even tried my hand at odd jobs. No one would hire me. Even dumbed down my resume. No dice. Then miraculously I landed a gig. Something that I knew as it was applicable to my background. And shyt, well guess what happened.. Yep. Let go again. This time after 5 solid months.

It turned out to be a clusterfuck. They kept moving the deadlines. Politics up the wazoo. And the environment was weird. The men kept flirting with me. Constantly. Didn’t matter what age. 25 all the way up to 40. I was 42 back then. But I still did it. Cuz dmn it, I’m not a quitter and sorely needed the cash.

My loving friends stood buy and offered emotional support. One even loaned me cash as he is a self retired budding millionaire. First I thought he did it because of his religion and the fact that his mom loaned him cash when he was in a bind. Nope. Turns out he was hoping to fk me and professed having a long standing crush on me. Um, no ty.

As of today, I’m slowly getting my shit in order. Slowly rebuilding my life. So no, not back to where I was but I’m hopeful. But what you just read described my fall from grace.