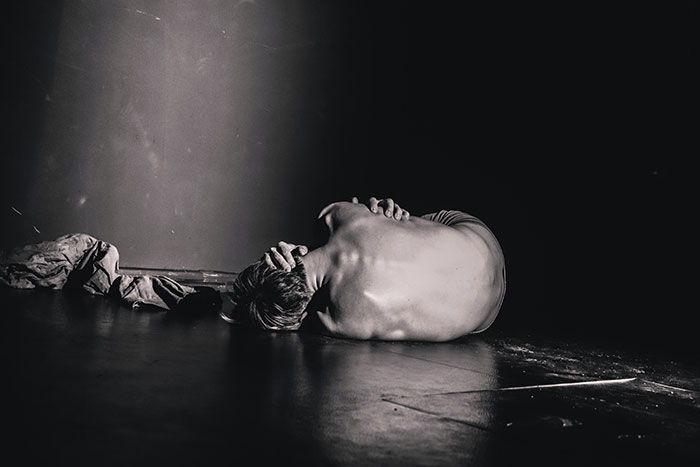 The night started off “fine” or rather had been going fine. Had some friends over and we got some fetty. I’m talking straight white, just need a little bit fetty. When I first started using opiates fetty terrified me but it slowly became something I gravitated towards because I didn’t need as much, didn’t use as much, and got straight rocked. I had been getting this stuff all week, I thought I’d be fine.

Got it, friends fix for themselves, but I only snorted it or smoked it, never shot it. So again, I thought I’d be fine. I did a line, hit a foil sat down and we started chatting. About 20 mins later I wanted to get higher so I did another line and got another foil ready. I took a few hits before I started feeling where I wanted to be….and that was it.

The next thing I remember I’m on my floor propped up next to my bed. I’m so cold. So cold. My apartment is normally sweltering hot but I’m so fucking cold. It felt like ice was running through my body, like my blood had replaced with ice cubes pumping through my body. I remember groaning because words wouldn’t come out. My neighbor was lightly smacking my face,”Kai Kai wake up, Kai honey wake up…we narcaned you wake up”

All of a sudden it felt like it hit me. That things weren’t right. It felt like a weight was taken off my chest and I took the hugest breath of my life. I tried to sit up but my body just wouldn’t work. It felt like I had no control of my body at all.

“She’s gonna be alright…she’s gonna feel like shit the next few hours but she’ll be alright…” my neighbor said.

I managed to ask “what happened?” My neighbor touched my face. “You overdosed honey we had to narcan you three times!” I was soaking wet. I thought it was sweat but they later told me that they had threw water on me to wake me up.

The entire room was spinning. I felt a sense of dread and the worst anxiety of my life. Detox withdrawals and alcohol withdrawal anxiety doesn’t come close to what I felt. I felt so sick to my stomach. One time I got sun poisoning and I thought that was the sickest I ever felt. I was wrong. I grabbed a plastic bucket that had been beside me and held onto it like my life depended on it.

“You almost died honey…you did die. You stopped breathing…” my neighbor said. And I remember just letting out this absolute guttural fucking scream. I don’t know why.

Later I got a more clear picture of what happened. My friends boyfriend was in the shower. I had hit the foil and just looked messed up and then all of a sudden I stopped breathing. My friends boyfriend had met my neighbor for the first time earlier that night when she took us to the store and we had talked about dope.

He ran outside half naked screaming because they couldn’t find any narcan in their stuff or the apartment. They had emptied every purse, backpack, everything all over the apartment. My neighbor said she almost didn’t answer his screams, thinking it was someone else. My neighbors husband had kept extra narcan in case, thinking one day I’d od. They rushed over and I was slumped over and turning blue, not breathing. My friend was trying to help me manually breathe while her boyfriend went for help. She said she was elbowing me in the chest to get me hard enough to help me breathe, my chest still aches from where she did that.

All I felt was cold. My body didn’t feel right. I can’t even convey the almost torturous, intensely fucking uncomfortable feeling. It was almost like a bad trip. I couldn’t sit up and I was so cold. It felt like it was coming from internally, like my body was freezing from the inside out. My clothes on me felt uncomfortable, sticking to my skin and starting to make me feel cold from the outside too. “Get those wet clothes off her”, my neighbor told them. My friend and her boyfriend helped strip me naked and then wrapped every single blanket in the house I had around me. It felt better but I still felt freezing and was shivering.

I felt so scared. I could comprehend that I almost died, that I probably was actually dead. And it was terrifying. To go from complete black to waking up and not even feeling human. I was crying, but tears weren’t coming out, they couldn’t. I was in a complete panic; the way I felt was so fucking scary like a very bad trip just an intense, never ending sense of dread and fear.

My friends helped me lay on my bed and it felt more comfortable but everything felt awful: my stomach I felt like I was going to piss and shit myself but at the same time I couldn’t get up to go to the bathroom because my legs wouldn’t work. I felt so weak, so cold. I was writhing around feeling so scared and anxious; I begged my friend to sit beside me and she rubbed my back. I wrapped my head in the blankets because looking around at the apartment scared me even more. But with my head under the blankets I felt like I couldn’t breathe; like I was suffocating. I had to keep trying to poke my mouth out for breaths of air while trying not to look around the apartment, because it made me more uncomfortable. “I don’t know if anyone called the cops but if paramedics show up don’t be scared”, her boyfriend said. The thought of strange people being in the apartment scared me even more.

I can’t accurately describe the feeling that I felt. It was terrible. I’d wish it on nobody. My neighbor explained the next day that part of it was shock, from being so close to death and not breathing. That the narcan was pushing the shit out of my body and forcing me into sudden withdrawal. “This isn’t like pulp fiction at all” I thought.

A few hours later after I stopped writhing around and was able to sleep, after things calmed down and my neighbor left, I was able to sit up in bed. I was naked but still soaked from the water and sweat. It finally dawned on me that I almost fucking died. That if I had been alone, and I would have done the exact same fucking amount, I’d be DEAD. I wouldn’t be alive. I had always had this indifferent attitude towards dope, as in I didn’t think I’d ever OD. I’ve been using for a year. I STUPIDLY never thought it would happen to me. Well guess what? It can. It will.

The worst part was knowing I’d die so unhappy; working a shitty retail job, living in a tiny shithole apartment, being all around miserable. THAT is how I would have left this earth.

My poor mother; her daughter would be just a girl found dead from an overdose. I remember my ex saying one day I’d just OD and die and be another statistic and I almost fucking was.

This was a fucking wake up call. This was a second chance. I will FOREVER be grateful to my friends and my neighbors for saving me; I owe them my life.