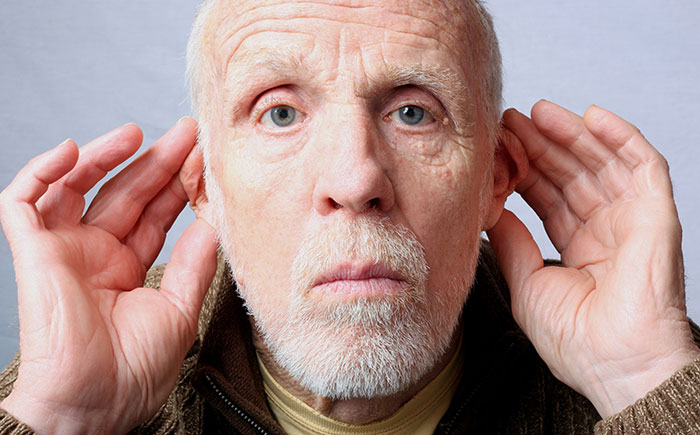 Something a lot of people, especially younger people, don’t realize about hearing loss is how much MORE there is to it than just “needing to listen to things louder when you’re old” or “some ringing” to varying degrees.

But the most toxic thing about his hearing loss is how it’s affected his relationships.

He is increasingly isolated as time goes by; he tunes out of conversations because he can’t understand people in a crowd, so at every party we go to I look over and see him sitting there either playing on his phone or looking glazed or smiling & nodding… but he’s always the first one to want to leave somewhere, dragging my mother with him because he’s bored. So socializing has just become a chore.

It’s also affected his relationships at home; he never hears us the first time we ask a question, but he’s convinced it’s because we’re mumbling (we aren’t). So he gets really irate irritated, even angry, and is frankly always ready to be in a bad mood.

Imagine if every single casual question your roommate/wife/husband/sibling/child asked you filled you with annoyance-to-rage. “What would you like for dinner, Dad? Dad? Can you hear me?” “What?” (said with a cold glare). “What would you like for dinner?” “WELL I DON’T KNOW WHAT ARE THE OPTIONS.” (said with total irritation, like we’re being a huge pain in the ass). All of this rudeness, all of this anger, comes from being deaf as a post.

It would be tempting to think my dad’s just an asshole with no manners, but he isn’t – when he has functioning hearing aids and this problem is greatly reduced, his entire demeanor is different. He’s easy-going, appreciative, participates, listens. But when his hearing aids aren’t working, as they aren’t now, he’s rude, ornery, dismissive, and critically doesn’t listen anymore because he know’s it’s just too much work and he won’t hear it all anyway.

I’ve known several people who’ve lost their hearing later in life, and they’ve all experienced this anger. It pushes people away, it isolates you, and leaves you feeling miserable.

My great grandfather was stone deaf by his 90s and apparently used to occasionally pick up his walking stick at the dinner table, when people were talking amongst themselves (big family) and if he couldn’t hear them he’d just straight up clear the table with the stick.

Imagine how angry you’d have to be to do that? This was a man who adored his family, and was never in any way abusive or difficult before his deafness really set in.